Jaxport, the port of Jacksonville, Florida, set a new port record this week with the arrival of the ZIM vessel Cape Sounio, the largest container ship it has ever hosted. The 11,000-TEU ship is operated by ZIM on a 2M alliance service, and she transited the Panama Canal from Asia on her way to the U.S. East Coast. 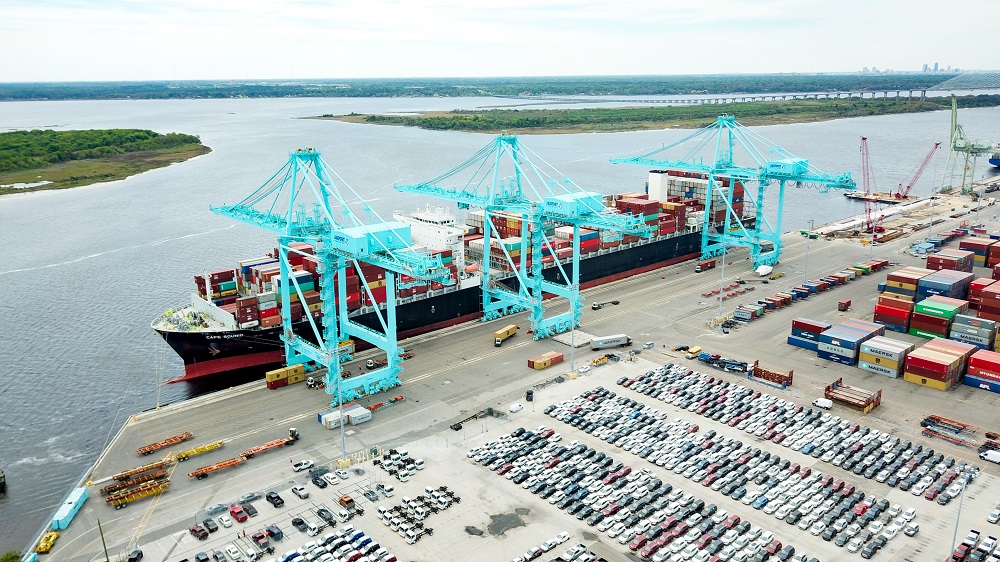 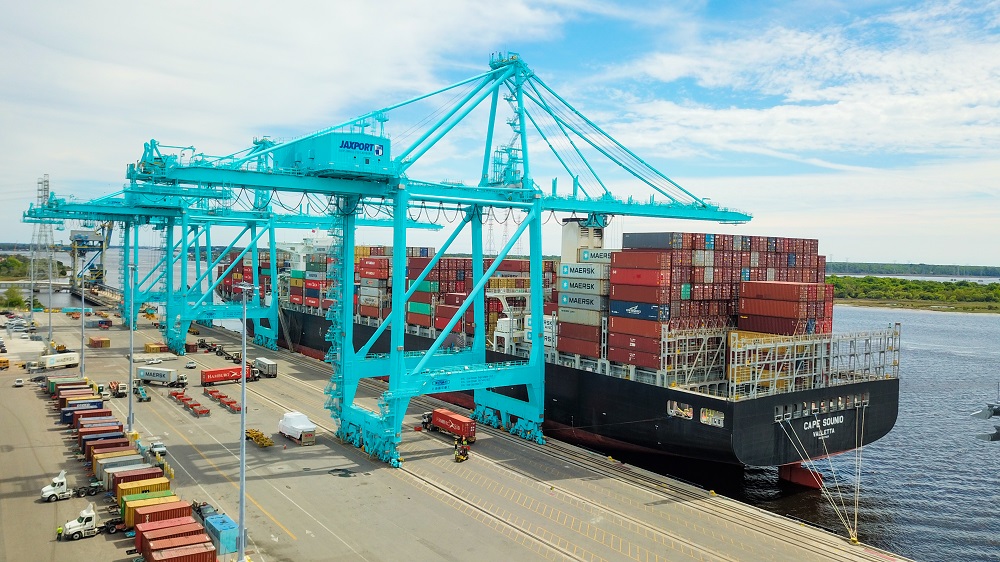 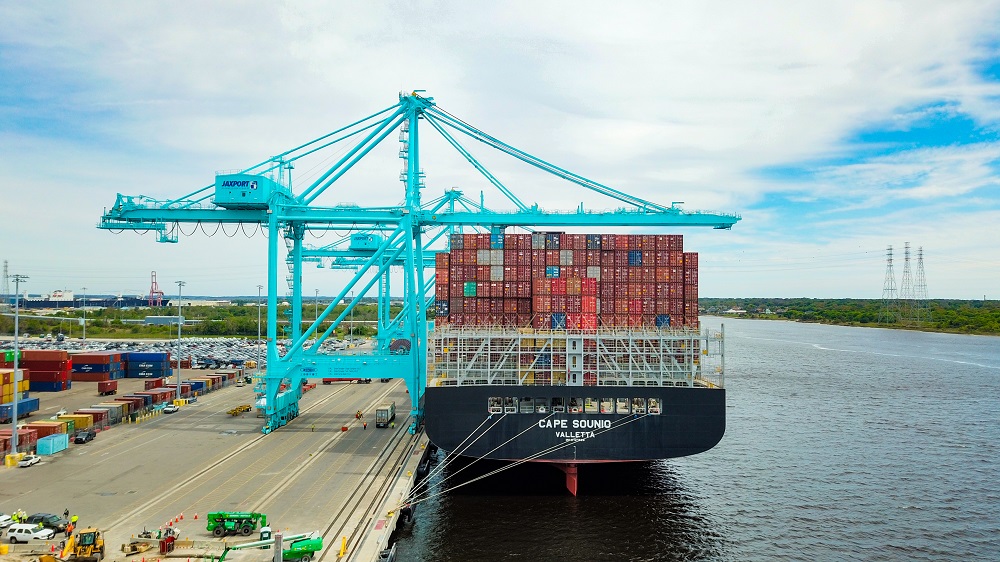 The ship’s arrival comes two weeks after JAXPORT and terminal operator SSA Atlantic reached a long-term agreement on a new $240 million container terminal at Blount Island. The terminal will have capacity for about 80 acres with the potential to grow up to 120 acres.

Jaxport also recently embarked on a long-awaited harbor deepening project, which will eventually offer a new turning basin and 47 feet of deepwater access, allowing vessels like Cape Sounio to call more fully loaded. The project is scheduled to be complete in 2023. Jaxport is also investing more than $100 million in berth rehabilitation and upgrades, which are already underway and will allow the terminal to accommodate two post-Panamax vessels at one time.

Jacksonville is Florida’s busiest container port complex by volume, and it offers direct service to Asia, Europe, Africa, South America, the Caribbean and other key markets.