On Sunday, the Indian Coast Guard rescued 12 crewmembers from a sinking dhow in the Arabian Sea, about 10 nm off the coast of Gujarat.

At about 2100 hours on Saturday night, the Indian Coast Guard's station at Okha, Gujarat received word of a distress situation aboard the dhow Krishna Sudama. The vessel was under way from Mundra Port to Djibouti, carrying about 900 tonnes of dry bulk goods.

The ICG dispatched the patrol ship C-411 from Okha and C-161 from Mundra, and it asked the nearby product tanker Southern Robin to divert to the scene.

Southern Robin gave the crew of the C-411 the position of the sinking dhow. After a search, the cutter found a small dinghy carrying 12 crewmembers from the Krishna Sudama. The coast guard crew brought the survivors on board despite challenging surface conditions, and the C-411 delivered them safely ashore in Okha.

The C-161 remained in the area to keep watch for fuel leakage and floating debris. 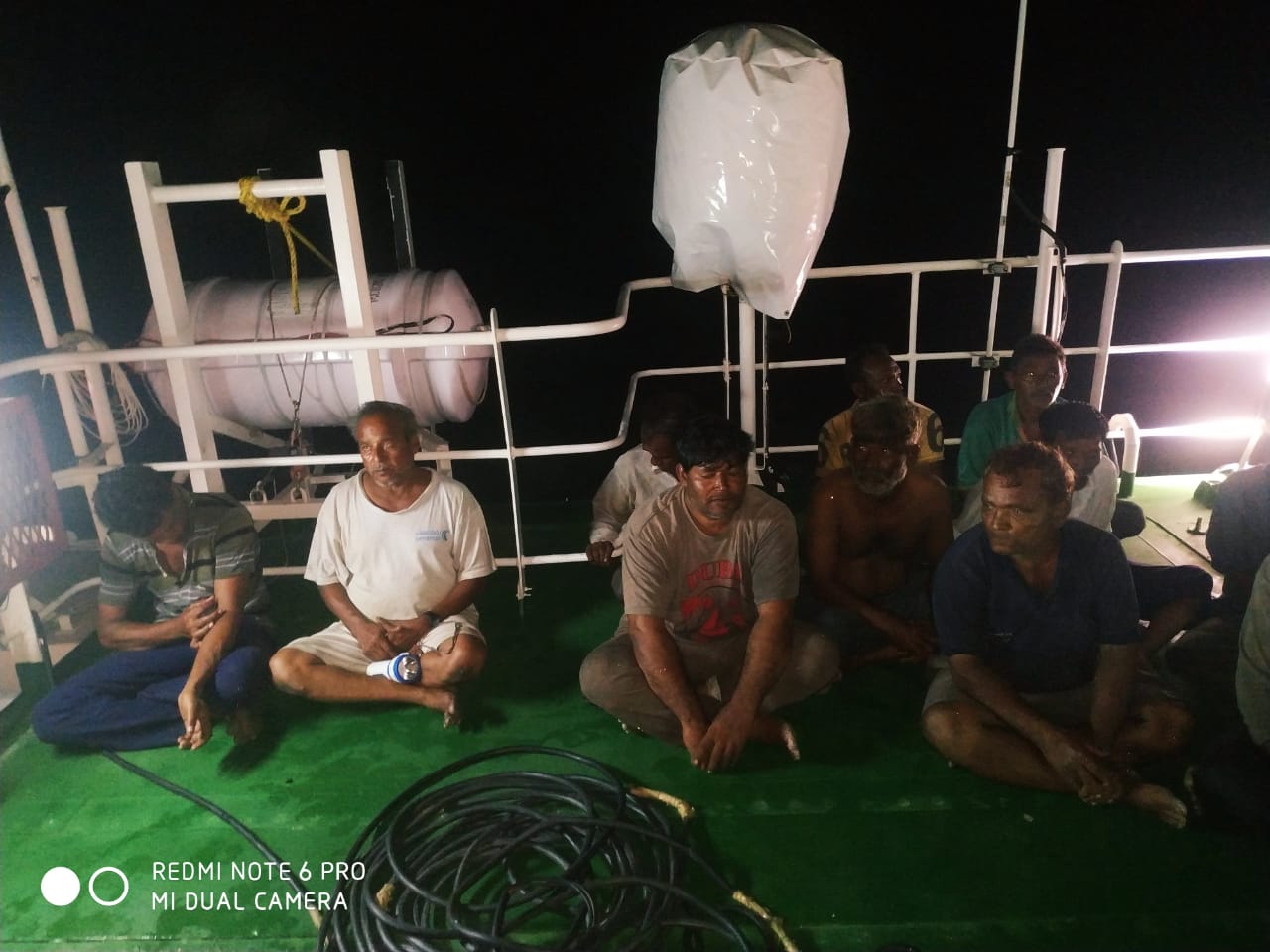