Photos: Fishing Vessel Burns to the Waterline Off Oregon Coast

On Saturday morning, U.S. Coast Guard crews helped rescue the captain and owner of a commercial fishing vessel that caught fire off the coast of Manzanita Beach, Oregon.

The initial distress call to the USCG came in at 0630 hours. The sole person on board was rescued from the water by another nearby fishing vessel, and a response crew out of Tillamook arrived on scene to set up a 1000-yard safety zone around the boat.

#BreakingNews (1/2) This morning, #USCG crews responded to a 42-foot commercial fishing vessel on fire off the coast of Manzanita Beach, #Oregon. The 1 person on board was rescued from the water by a Good Samaritan. Their current condition is unknown. pic.twitter.com/Js0a4eRzGQ

The survivor was safely transferred to the USCG response boat and brought to shore. No injuries were reported, but the vessel burnt to the waterline at a position about two miles off Nehalem Bay State Park. 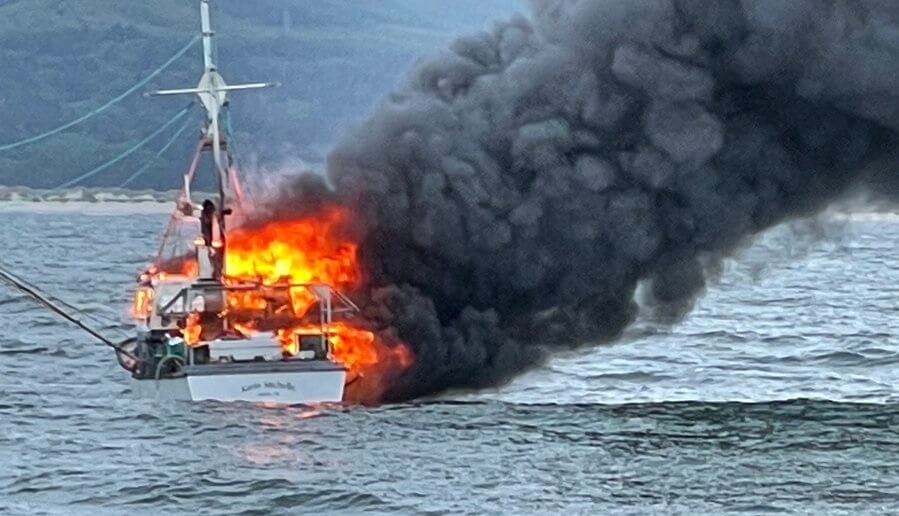 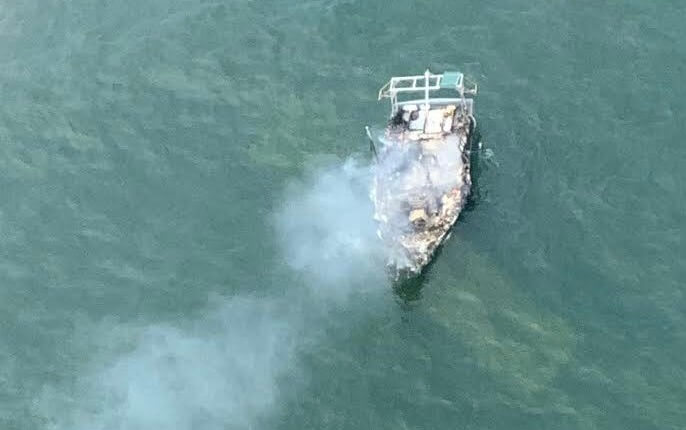 “The captain was very, very lucky that there was another boat on scene to assist him, otherwise he would’ve been in a lot of trouble,” BM1 Aaron Harris of the Coast Guard Tillamook station told KGW. “More than likely if that other boat hadn’t been there he would’ve been forced to enter the water and wait for us.”

Harris said that the blaze likely started as a stack fire and spread to the vessel's fiberglass composite hull.