The Portuguese Navy released new photos showing the utter devastation to the car carrier Felicity Ace as the vessel continues to drift in the waters approximately 90 nautical miles south of Horta in the Azores. The fire appears to have spread the length of the 656-foot vessel and while she is reported to be stable in mostly calm seas, she has developed a slight list.

The owner and manager of the vessel, Japan’s Mitsui O.S.K. Lines via a subsidiary Snowcape Car Carriers, reports that the crew has all been safely transferred to a hotel in the Azores. At the same time, Boskalis’ SMIT Salvage has transferred a 16 member team to the Azores while large equipment is on route from Spain and the Netherlands to assist with the fire fighting. The initial team was expected to arrive at the vessel today, but ocean-going tugs, however, are not expected to reach the car carrier till possibly next Wednesday, February 23.

The port captain in Horta told Reuters that they continue to monitor the situation along with the Portuguese Navy. However, he said that the hulk would not be permitted to enter their environmentally protected zone. It has been suggested that the salvage team might have to tow the vessel either to the Bahamas or to Europe. 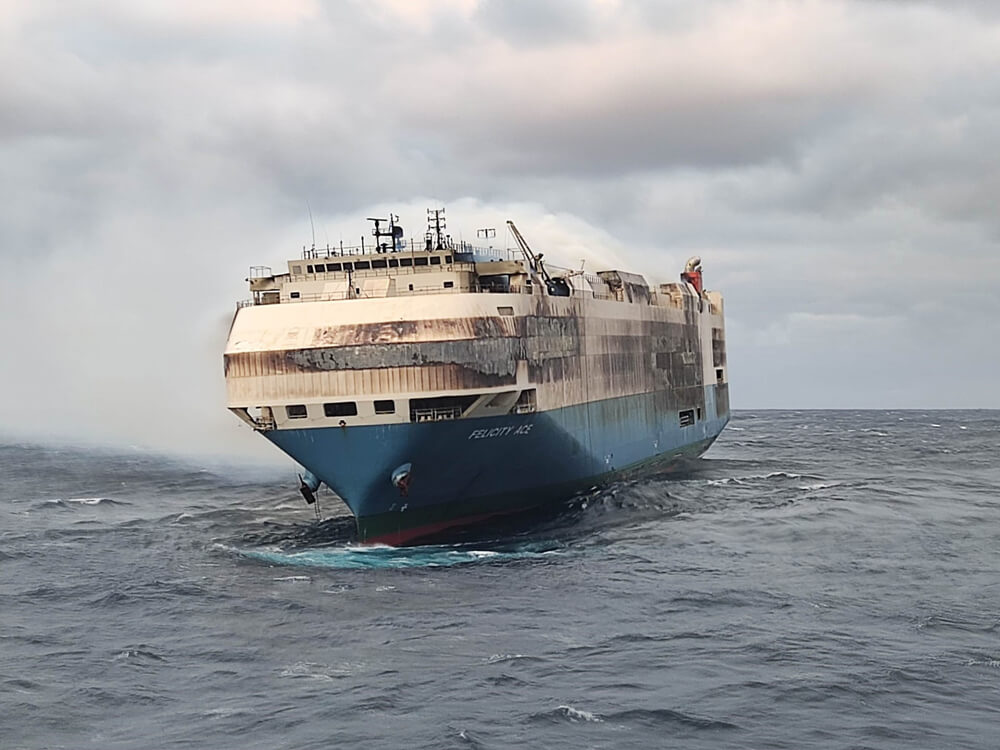 In the meantime, speculation is mounting over the cause of the fire as well as the full scope of the loss. The trade publication Automotive News is now reporting that it obtained information that there are a total of 3,965 cars aboard of which the largest portion is believed to be Porsche, Audi, and VW, but that there could also be nearly 200 Bentleys and an unspecified number of Lamborghini. The trade magazine first reported that analysts are estimating the value of the loss of the cars, without the vessel, at more than $255 million.

One of the points of speculation is centering on the possibility that the vessel was carrying electric vehicles among its load. The car carrier industry has been focusing on the dangers of the batteries used in electric cars with some questioning if they could be the source of the fire. Experts noted even if the batteries had not caused the fire, that they are highly explosive and likely contributed to the spread of the fire on the vessel. 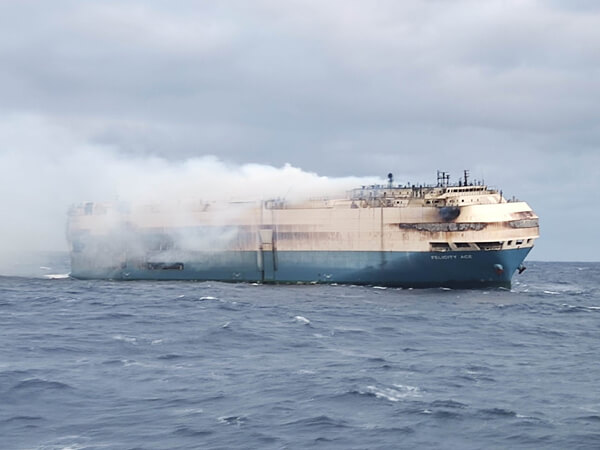 Experts on the scene are reporting that everything above the waterline has now burnt. The pictures supplied by the Portuguese Navy do not show dates or times. While several show the vessel billowing smoke, some appear to show the fire had subsided. Experts are pointing out that batteries on board mean that special equipment will be required to handle the fire fighting efforts.

Car owners have taken to social media to lament the loss of their specially ordered vehicles, some of which they have been waiting months or longer to receive.

For everyone who is asking the dealer has promised to keep me posted with any updates on how Porsche decides to sort this out. Odds are a new build and hopefully not another 8 months wait for it. https://t.co/izxnLvgvmg