The European Maritime Safety Agency has released its Annual Overview of Marine Casualties and Incidents describing accidents reported by E.U. Member States, citing that during 2016, there were 106 reported fatalities, 957 injured, 26 ships lost and 123 investigations launched.

While the number of serious casualties and incidents remained at levels similar to previous years, a limited but continuing increase of less serious accidents reported was noted.

Over the period 2011-2016, half of the casualties were of a navigational nature, such as contacts, grounding/stranding or collision.  Human error represented 60 percent of accidental events, and 71 percent of accidental events were linked to shipboard operations as a contributing factor. Among occupational accidents, 40 percent were attributed to slipping, stumbling and falling.

Of all casualties, 42 percent took place in port areas. The number of ships lost has dropped by 50 percent since 2014. 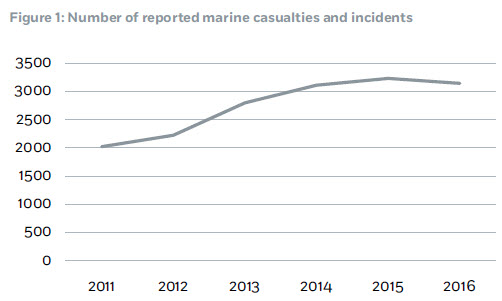 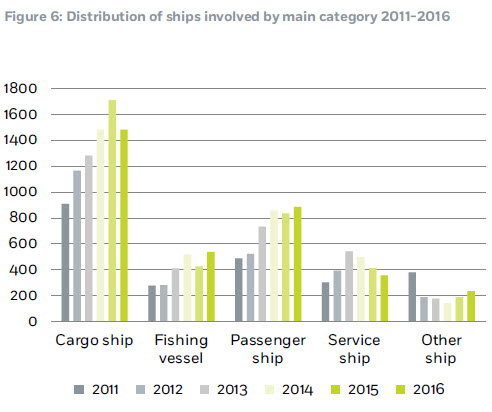