Offshore Wind Could be the Answer to China's Renewables Challenge

Under the Paris Climate Agreement, China committed to having renewable energy satisfy 20 percent of its energy needs by 2030. Currently, the country is on track to double that commitment, aiming to hit 40 percent by the next decade.

Wind power is critical to achieving that goal, say researchers from Harvard University who highlight the key role that offshore wind will play in China's future.

Over the past 20 years, China’s wind power capacity has grown from 0.3 gigawatts to 161 gigawatts. But, in recent years, that growth has slowed. Populous coastal provinces, including Guangdong and Jiangsu, consume about 80 percent of the nation’s total electricity, but the vast majority of China’s wind capacity comes from land-based wind farms in places like Inner Mongolia, more than a thousand miles away from most major cities. 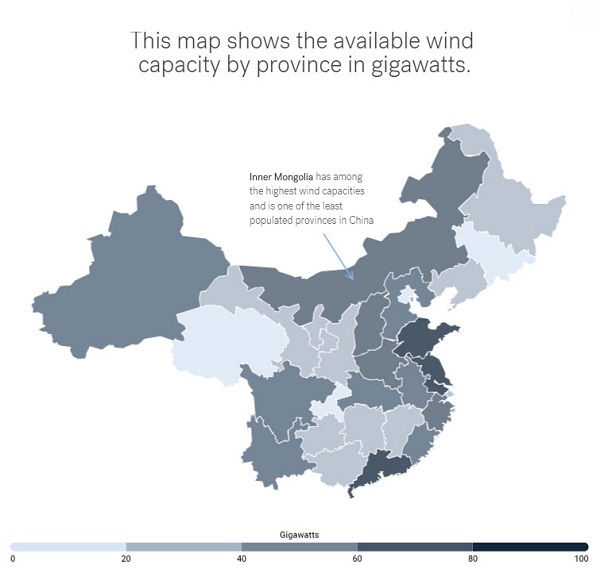 Recent climate studies have suggested that the weakening land-sea temperature gradient due to global climate change is making historically windy regions, like Inner Mongolia, less windy. In addition, much of the wind power from those regions isn’t being used because of when it’s produced. Research has suggested that some 16 percent of total potential wind generation was wasted between 2010 and 2016, costing over $1.2 billion.

In a recent study, researchers from the Harvard John A. Paulson School of Engineering and Applied Sciences (SEAS) and Huazhong University of Science and Technology in China, found that offshore wind could be a big part of the solution.

“China has abundant offshore wind potential that can be developed and brought on shore to the power hungry coastal provinces at costs competitive with existing coal-fired polluting power plants,” said Michael McElroy, the Gilbert Butler Professor of Environmental Studies at SEAS and senior author of the paper. 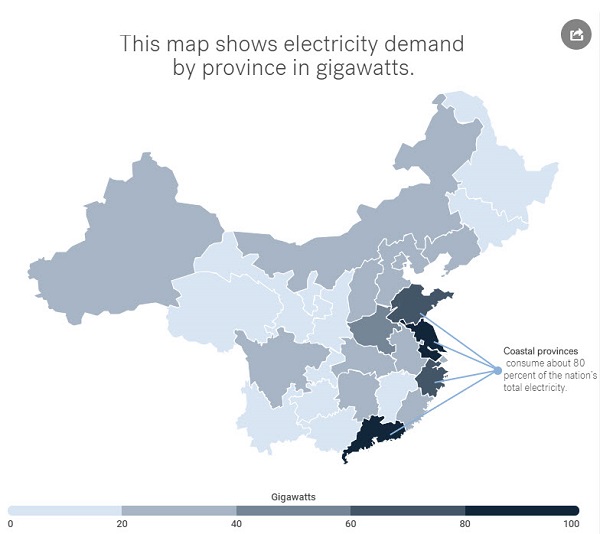 To calculate the capacity and cost of offshore wind in China, the researchers identified the regions where offshore wind farms could be built, excluding shipping zones, environmentally protected areas and water depths higher than 60 meters. They calculated the wind speeds in those areas and estimated the hourly capacity for each of the turbines.

They found that the total potential wind power from wind farms built along the Chinese coast is 5.4 times larger than the current coastal demand for power. 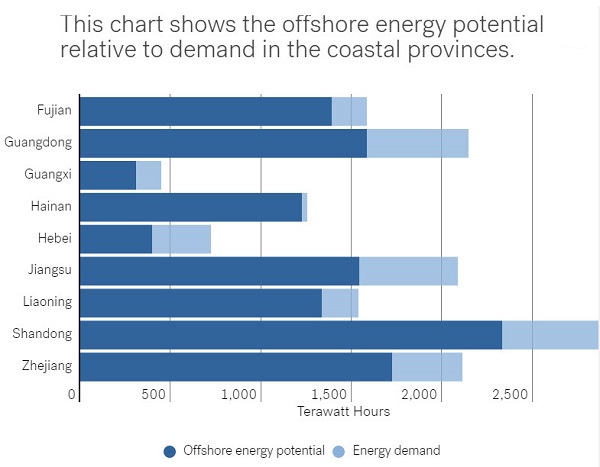 Peter Sherman, a graduate student at the department of Earth and Planetary Science and first author of the paper said: “Offshore wind turbines have historically been prohibitively expensive, but it is clear now that, because of significant technological advances, the economics have changed such that offshore wind could be cost-competitive now with coal and nuclear power in China.”

The research was supported by the Harvard Global Institute, National Science Foundation China and the State Key Laboratory on Smart Grid Protection and Operation Control.