NYK has become the first Japanese shipping company to realize a carbon-neutral voyage by offsetting 5,000 tons of CO2, equivalent to the CO2 emitted by NYK’s environmental flagship car carrier Aries Leader, during one voyage between Japan and the Middle East.

Aries Leader is equipped with the latest energy-saving technologies, reducing CO2 emissions per unit by 30 percent compared with existing large pure car carriers (comparing emissions on a per car basis). In this initiative, the remaining CO2 emissions not yet eliminated by technology were offset by carbon credits to allow NYK to theoretically reduce CO2 emissions to zero.

The dual-fuel vessel has a hybrid turbocharger that uses the extra rotational power of the turbine to generate electricity, electronically controlled engines, an energy-saving fluorescent, E-COOL lighting system and air-lubrication.

NYK purchased the carbon credits from a wind power project in West India. This project supplies about 375GW of clean electricity annually.

NYK will propose and expand its carbon offsets to customers as an option that benefits the environment and contributes to a zero-carbon-footprint supply chain.

Tidal turbines operate in a similar way to wind turbines, except that tidal turbines use the flow of the tide to generate predictable and efficient renewable energy, unaffected by weather and the time of day.

This project aims to be the first in Singapore to commercialize marine renewable energy, and developments are expected to expand into Asian countries including Japan in the future.

The project is funded by MAKO Energy and the site is sponsored by Sentosa Development Corporation. 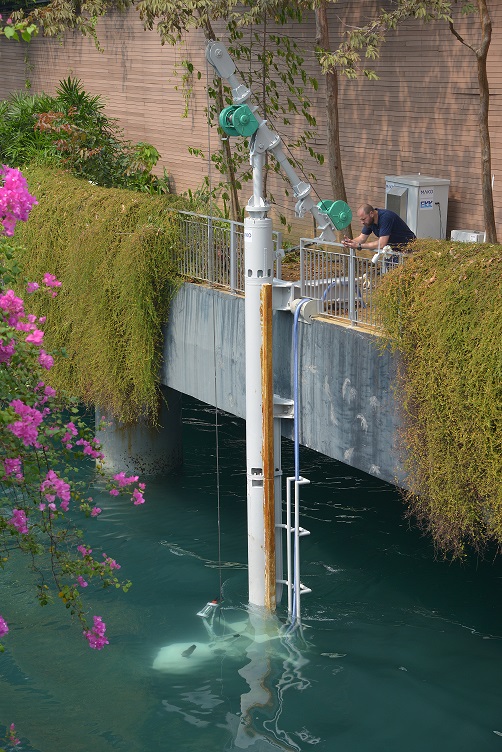