NYC Comptroller Calls for City to Take Over NYC Ferry

The two-year-old NYC Ferry system faces new questions about fiscal prudence from the New York City Comptroller, who has asked whether the city might do better to take over the privately-operated service itself.

NYC Ferry is operated under contract by Hornblower Cruises, a San Francisco-based passenger vessel company, and administered by the New York City Economic Development Corporation (NYCEDC). The non-profit Citizens Budget Commission (CBC) recently estimated that the service is subsidized at a rate of about $10.73 per rider - rising to nearly $25 for a planned Coney Island route. "The ferry’s subsidies are high for two reasons: Its operating costs are high due to long routes and seasonal and leisure-oriented ridership, and its revenue is low because its fare is pegged to subway and bus fares," the CBC wrote.

New York has spent about $580 million in total on the ferry operation so far, including capex for dock construction and other related expenses. 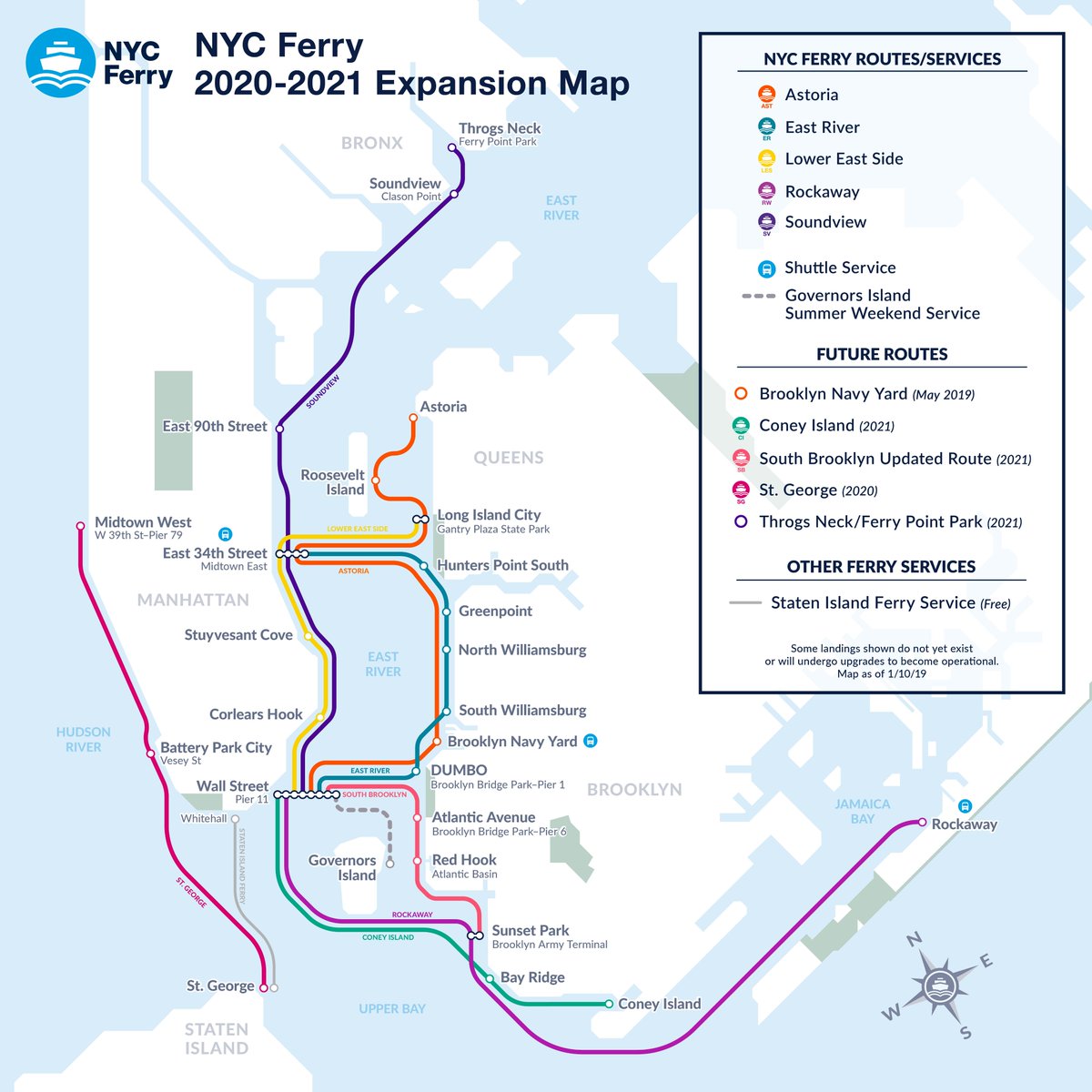 Last month, city Comptroller Scott Stringer blocked an $85 million deal that would have seen the city buy vessels from Hornblower, citing questions about the agreement's structure and value for taxpayers. On Wednesday, Stringer encouraged the New York City Department of Transportation - which operates the Staten Island Ferry service - to examine whether to take over NYC Ferry itself. According to Stringer, the city would save if it leveraged the department's experience in ferry operations to take direct control: it could eliminated redundancies, keep the revenues collected in operations, and obtain new transparency into the NYC Ferry system's financials.

"The Economic Development Corporation’s contract with NYC Ferry operator Hornblower raises serious questions about the exploding costs and liabilities that the City is choosing to absorb . . . questions that to-date have not been sufficiently answered," Stringer said in a statement Wednesday. “New Yorkers deserve reliable and comprehensive public transit systems, but not at the expense of transparency, accountability and fiscal responsibility."

New York City Mayor Bill de Blasio, who championed NYC Ferry and made it a key part of his 2017 election campaign, has defended the current arrangement. “The Comptroller should put politics aside and recognize the necessity of expanding public transit for New Yorkers,” said a spokesman for the mayor.

For its part, the NYC Economic Development Corporation says that operating costs will fall as the NYC Ferry system matures. “Any new dependable transit service comes with startup costs, but these will decrease over time as ridership grows. We’ve taken the resoundingly positive feedback from over 8 million riders [over a two-year period] as an encouragement to bring NYC Ferry to even more New Yorkers in the years ahead," NYCEDC spokesperson Stephanie Baez told Curbed NY.