Norway awarded grants to support development projects both for a green ammonia tanker and two hydrogen ro-ro short sea vessels. Both projects aim to launch their vessels by 2024 as part of the effort to transition the shipping industry to zero-emission fuels.

“This year’s grants show that the Norwegian maritime industry is really at the forefront of developing emission-free solutions with great export potential. This is another great example of how we create new green industry and growth in Norway,” says Minister of Trade and Industry Iselin Nybø

The ammonia project being run by Grieg Edge and Wartsila Norway was awarded $5.1 million by Pilot-E a Norwegian government funding scheme to support innovation projects. The project plans to build the world’s first green ammonia fueled tanker. Known as the MS Green Ammonia, the project is the result of a Nordic industrial collaboration group founded from the Zeeds (Zero Emissions Energy Distribution at Sea) initiative and the first project undertaken by Grieg Edge which was established by Grieg Star as an innovation hub.

“We regard the funding from Pilot-E as a valuable stamp of approval for our plans,” said Nicolai Grieg, head of Grieg Edge. “Both Wärtsilä and we feel confident that this project represents the future for the maritime sector. To have the support from the Norwegian Research Council and Innovation Norway is a significant step towards completion.”

The partners' goal is to have MS Green Ammonia distribute green ammonia from the planned factory in Berlevåg to various locations and end-users along the coast. The final design, size, and volume are all elements that are dependent on the market and end-users. However, the project has already established LOIs with several industrial partners. One prominent group of potential customers they reported are the owners of ships using LNG as a fuel today. Depending on the engine’s build, they may mix ammonia in their LNG fuel – or easily retrofit to use only ammonia.

“We see a strong interest from owners of ferries, offshore supply ships, fishing vessels, and from energy-producing companies. In total, they require an amount of energy surpassing what we can achieve in this project. The market is there without a doubt,” says Chief Business Development Officer in Grieg Star Group, Vidar Lundberg. 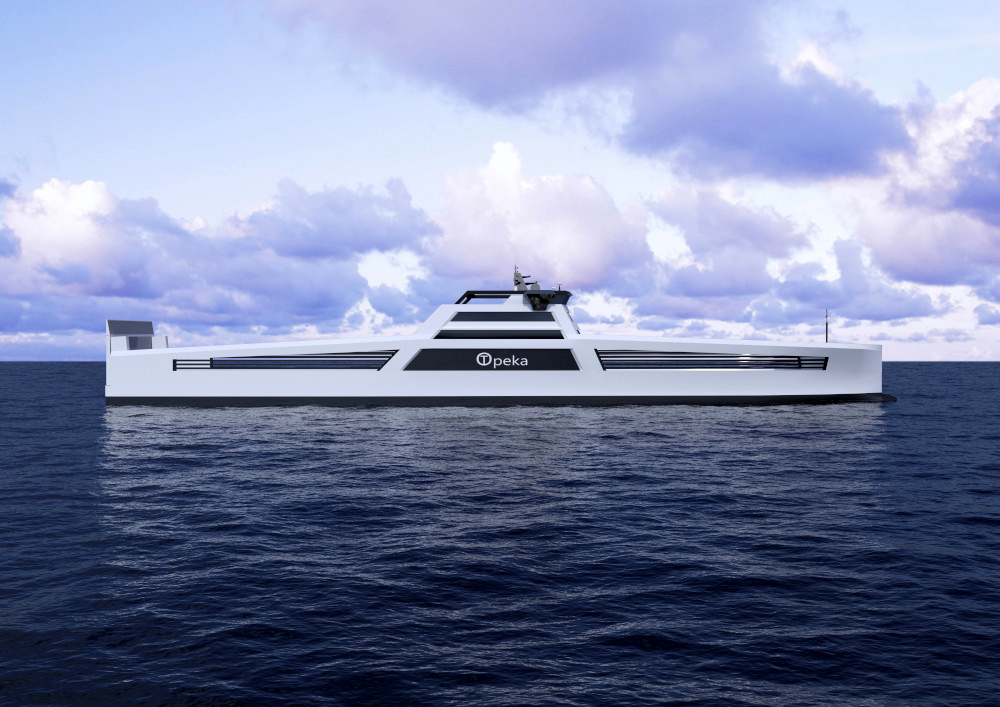 The Norwegian government-owned organization Enova also announced it was awarding $25.6 million to a project lead by Wilhelmsen to construct the world’s first zero-emission hydrogen vessels. Wilhelmsen says that the government funding would enable the further develop the technology and additional infrastructure required in launching its project.

Known as the Topeka project, it calls for the construction of two ro-ro vessels servicing the short sea segment. The vessels will, amongst other tasks, move goods between offshore supply bases along the Norwegian coast. Also, the Topeka vessels will transport hydrogen to different filling stations where local ferries and other vessels as well as land transport will have hydrogen as a ready-to-use fuel.

“The funds from Enova are a pivotal step in making Topeka happen, and an important milestone for the maritime industry and for Norway as a nation when considering hydrogen as a fuel”, says Senior Vice President, Industrial Investments at Wilhelmsen, Jan Eyvin Wang.

The Topeka vessels will be the first of their kind to enter commercial service. Providing a two-in-one solution, they will sail on a fixed schedule carrying both coastwise customer cargo and containerized liquid hydrogen (LH2) to the bunkering hubs. Norway’s west coast is the location for bases serving the offshore industries, with base-to-base transport representing a heavy-duty transport route eminently suited to LH2 says Wilhelmsen. The bunkering hubs will in the future supply LH2-powered vessels including ferries and seagoing tonnage.

Enova SF, which will be funding the project, is owned by the Norwegian Ministry of Climate and Environment. It contributes to reduced greenhouse gas emissions, development of energy and climate technology, and a strengthened security of supply.