The Norwegian Government announced a series of new financial grants focusing on the development of sectors of green energy designed to support new technologies and build Norway’s leadership in the emerging business opportunities. The awards, which were announced by the Minister of Climate and Environment and the Minister of Trade and Industry, are being made through the Norwegian Green Platform Initiative, a $115 million program between 2020 and 2022 designed to stimulate bigger and more rapid investments from companies in green sustainable solutions and products.

The two awards announced this week focus on the development of the offshore wind energy sector and the infrastructure required for the development of ammonia shipping. These two projects will each be receiving approximately $10 million to advance their programs.

The Ocean Grid project is focused on developing new technology, knowledge, and solutions to enable the growth of offshore wind on the Norwegian continental shelf. It will focus on the way energy generated both from fixed-bottom and floating wind turbines is connected to the electric grid. Among the efforts to be developed are new cable designs, subsea technology, and floating converter stations as well as research to support the development of larger offshore wind farms. They will also explore the design and the regulatory framework linked to the development and operation of an offshore grid to connect large offshore wind farms.

“This project will develop technology and solutions that are essential to succeed with offshore wind. It will lay the foundation for profitable offshore wind development in Norway, and technology that can provide increased exports and new green jobs,” said John Olav Tande, chief scientist at SINTEF.

SINTEF will lead the research with Equinor as the developer of offshore wind farms, the supply industry, and energy companies participating. The group has committed to raising a total of nearly $15 million for the project, which will take place over the next three years. 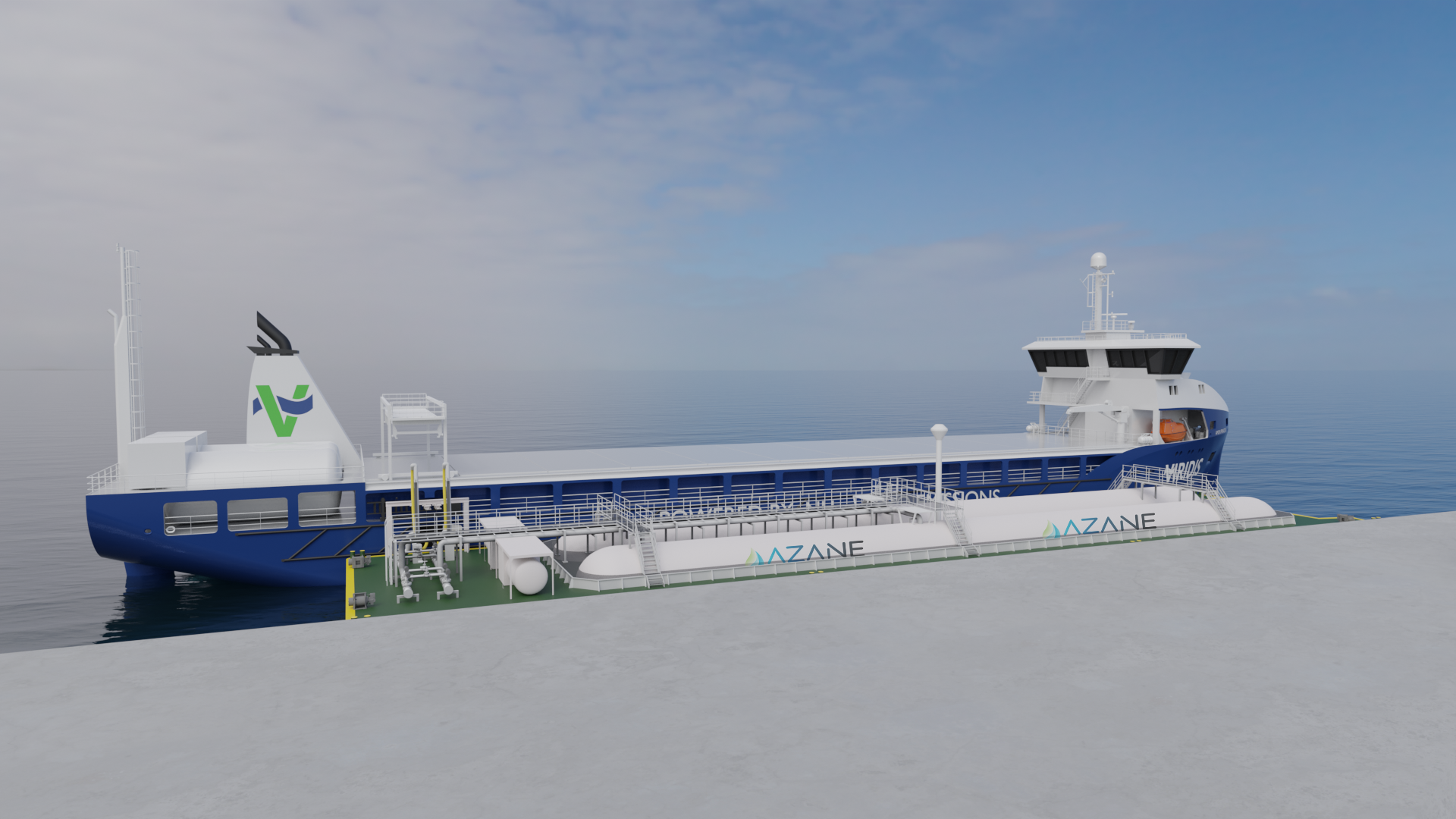 The second project to receive an award is focusing on building the world’s first green ammonia bunkering terminal. It is being led by Azane Fuel Solutions.

“We are removing the famous chicken-and-egg dilemma for new fuels,” said André Risholm, CEO at Amon Maritime and Chairman at Azane Fuel Solutions. “Ammonia already has a global bulk terminal network. Now we will start building the bunkering network.”

The project partners include the entire value chain for ammonia as a marine fuel, will develop and demonstrate an ammonia fuel bunkering network for ships. Their goal is to remove the existing barriers to implementing ammonia fuel. They are developing solutions that will be capable of receiving fuel from ships, trucks, and barges, in refrigerated or pressurized states and be optimized for ammonia-fueled ships. The project includes both shore-based solutions and floating solutions.

Miriam Wennberg, CFO at ECONNECT Energy and a participant in the project, predicts that the first green ammonia terminal will be an important enabler for the international adoption of ammonia fuel.