North America’s first LNG-fueled cruise ship is preparing for its maiden voyage in July. Carnival Cruise Line’s new Mardi Gras recently arrived in Florida to prepare for its entry into service and as the next step conducted the first-ever LNG fueling at Port Canaveral, Florida.

The 180,000 gross ton cruise ship, which was delivered from Meyer Turku to Carnival Cruise Line in December 2020, is one of only three operational cruise ships that operate fully on LNG. The vessel is based on a design developed by the cruise line’s parent company, Carnival Corporation, and which is also the basis for the AIDAnova, which was the world’s first LNG-fueled cruise ship, and the CostaSmeralda. Before the introduction of the ships that operating full-time on LNG, AIDA began using LNG as part of dual-fuel operations on two cruise ships, which used LNG supplied by tank trucks while in port.

“Today was another milestone in what promises to be many ‘firsts’ for Mardi Gras,” said Christine Duffy, president of Carnival Cruise Line after the cruise ship refueled on June 9. “Many thanks to our partners at Shell and Port Canaveral for their role in bringing LNG to the Americas.” 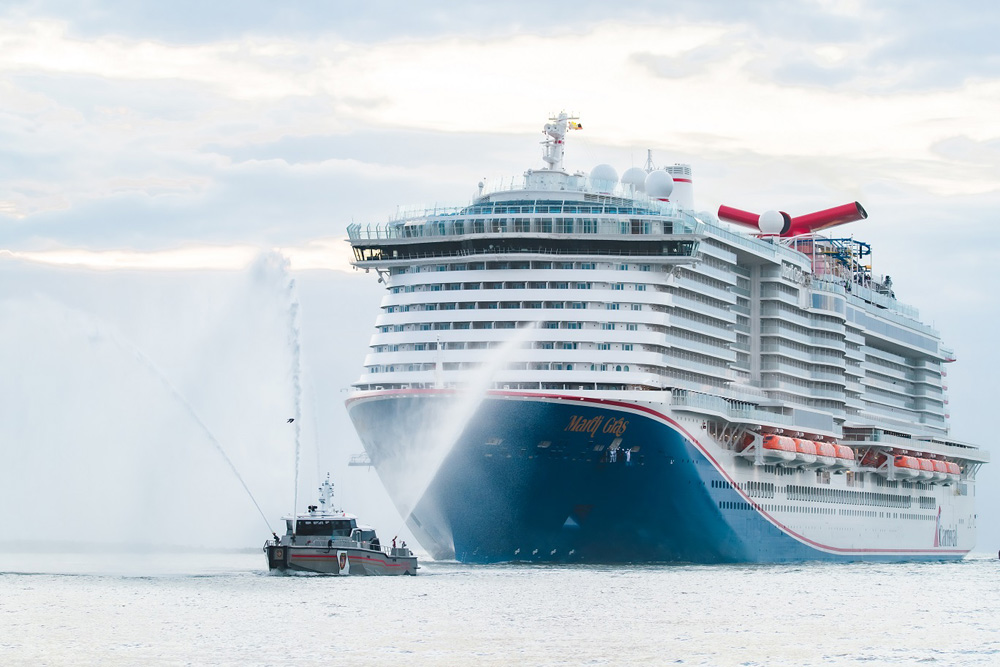 After being delivered to Carnival, the Mardi Gras remained in Europe for a few months before beginning its first Atlantic crossing bound for its homeport of Port Canaveral. Welcoming festivities were hosted and more than an estimated 1,500 local residents and port employees lined up to see the giant cruise ship arrive in Port Canaveral for the first time on June 4.

“Mardi Gras has been five years in the making and today’s arrival is a historic milestone for our company not to mention a truly emotional moment for everyone here at Carnival Cruise Line,” said Duffy. Introduced as part of the company’s upcoming fiftieth birthday in 2022, the ship also bears the name of the line’s first cruise ship, a secondhand ocean liner that launched the Carnival empire. 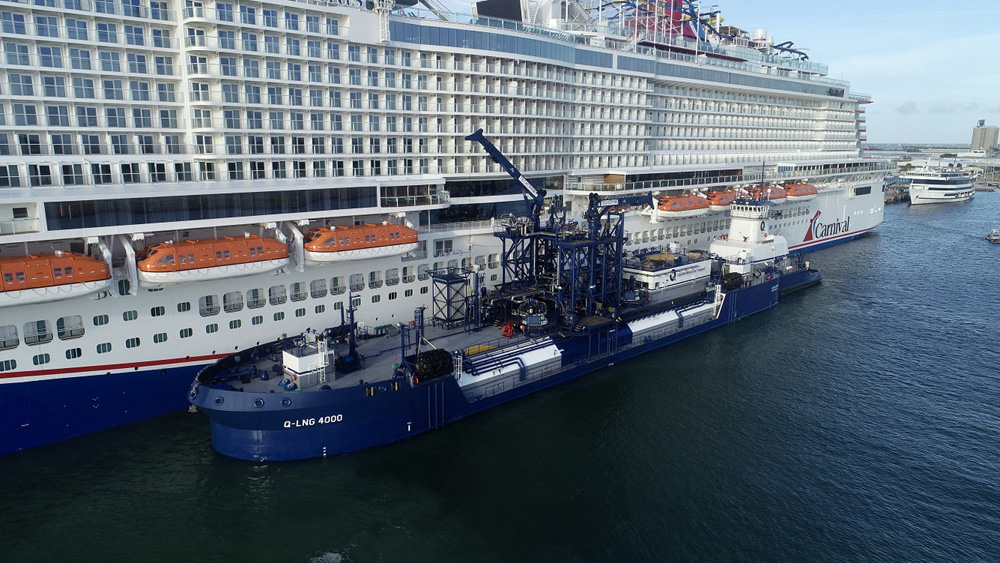 “Yesterday the Q-LNG 4000 preformed the first LNG fueling operation in North America in Port Canaveral, Florida,” said Chad Verret, President of Q-LNG Transport. “The operation was completed without any complications and conducted as planned. I would like to thank all involved in making this historic moment.”

Carnival Cruise Line also announced this week plans for its next wave of the summer restart of guest operations, including the first cruise for the Mardi Gras and the return of additional ships in August. Mardi Gras will start operating her seven-day cruises from Port Canaveral on Saturday, July 31, with what are being called pre-inaugural sailings to the eastern and western Caribbean. The company is beginning the process of ramping up the Mardi Gras’ crew to a full contingent of 1,750 in preparation for its entry into service.