On Wednesday, Spanish Interior Minister Juan Ignacio Zoido announced the largest bust of a containerized cocaine shipment ever made in Europe. Upon inspecting three containers of bananas at the port of Algeciras, Spanish officials discovered nearly 9,000 kilos of the white powder. The consignment easily surpassed the 6,000-kilo cocaine haul at Algeciras last November, which was the largest of its kind in Europe in 18 years.

The Spanish National Police's Central Narcotics Brigade worked with Spanish customs officials and Europol to investigate the case. These agencies and their international partners watched the exporter and importer of the banana consignment, then monitored the suspicious shipment during its transfer to Algeciras. On Sunday, customs officials inspected the boxes at the port and found the narcotics. 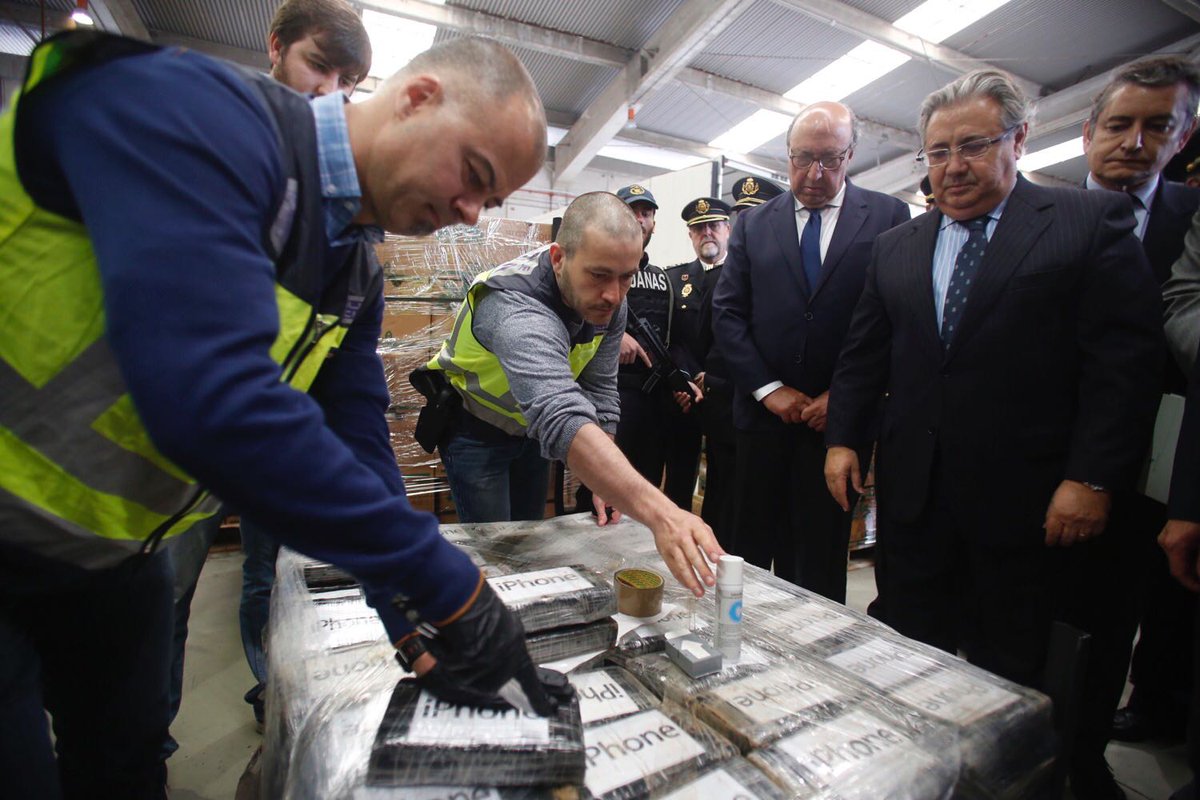 Afterwards, Spain's Special Anti-Drug Prosecutor's Office authorized the delivery of the shipment to its final destination in order to identify those responsible for the shipment. The investigators followed the boxes to an industrial building in Malaga and arrested three individuals connected to the importing company. Eight others have been arrested in connection with the case, including a member of the police force.

"Operations such as these certify the magnificent work of the security forces of the state and demonstrate that . . . we will continue to persecute drug traffickers on land, sea and air," said Zoido. "Those who traffic in drugs and those who help them should know that they will pay sooner or later for it."

Columbian officials say that the shipment was owned by the Clan del Golfo (Gulf Clan), the nation's largest paramilitary gang.

Vessel traffic on the Rhine was briefly delayed at Cologne on Tuesday after construction workers found a WWII-era bomb nearby.  The 1,100 pound American-made bomb was found Monday near the bank of the Rhine in the Deutz business district, near Cologne's Hohenzollern Bridge. The city's response included the closure of the bridge and the Deutz rail station, which is a key transfer hub for Germany's rail network; this led to disruption and the delay or cancellation of about 120 trains. ...

The credo of today’s salvor is fairly straightforward: To be successful, you must retain experience and an emergency response posture while also expanding your other services to provide a stable source of income. And even then you need a little luck on your side! So says Devon Grennan, President of Seattle-based Global Diving & Salvage. There’s tremendous pressure on the salvage industry these days as overall opportunities are at historic lows, which in turn leads to intense competition when cases...

A consortium led by Kongsberg and SINTEF has won a $22 million EU grant for a long-term test of autonomous vessel technology. Over the course of the project, two vessels will be fitted with autonomous navigation systems and trialled for use in short sea coastal and inland shipping applications.  The aim of the project is to test and refine shipboard systems for autonomous navigation, self-diagnostics, prognostics, operation scheduling and telecommunications. It will also provide a demonstration of the capabilities of...