Coming from China by sea, the four gantries arrived on the Zhen Hua 27, a ship that specializes in transporting heavy loads. Each gantry weighs 2,100 tons, has a lifting capacity of 54 meters under the spreader, with a range of 26 rows of containers, and can handle two 40-foot containers simultaneously.

According to the port authority, studies were then carried out to make the unloading process safe and find the solution most suited to the dimensions of the cranes. Temporary rails were positioned at the edge of the dock to move each gantry using powerful winches from the ship to the quay and it had to be performed at high tide. 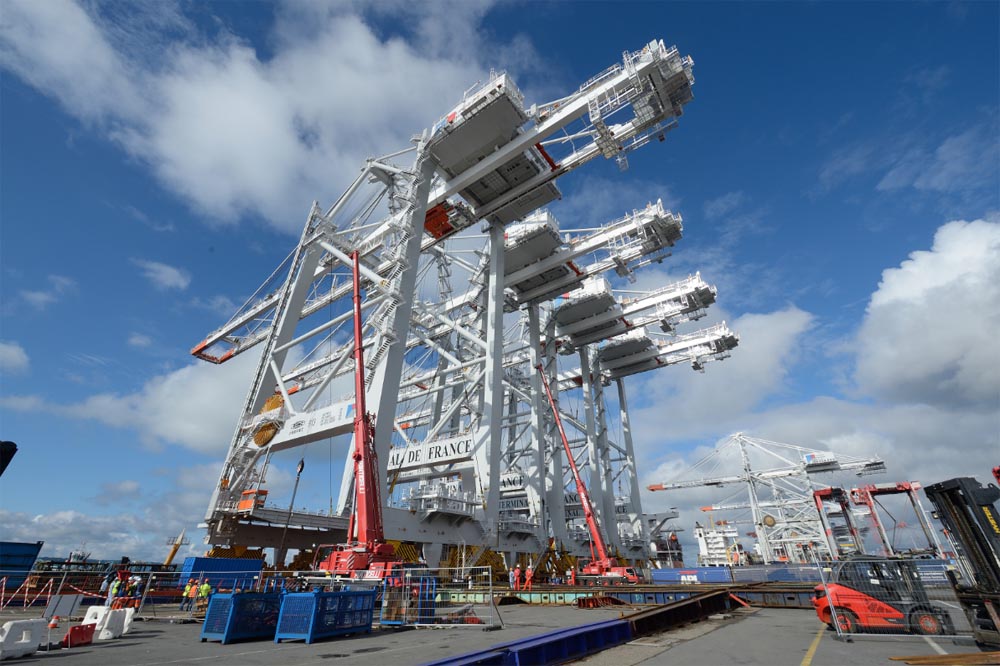 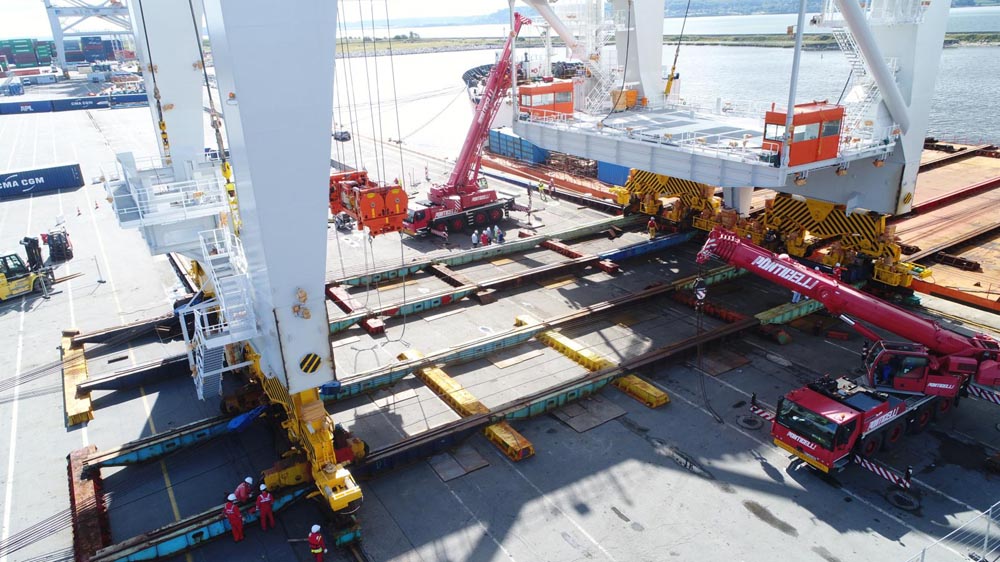 The new gantries are scheduled to enter service in October adding to the 10 gantries already at Le Havre’s Port 2000 terminals. This addition is part of the overall expansion of the terminal facilities at the port. They also noted that land preparation and construction work on the quay at Stations 11 and 12 has begun. The new container terminal is expected to be operational in 2024. 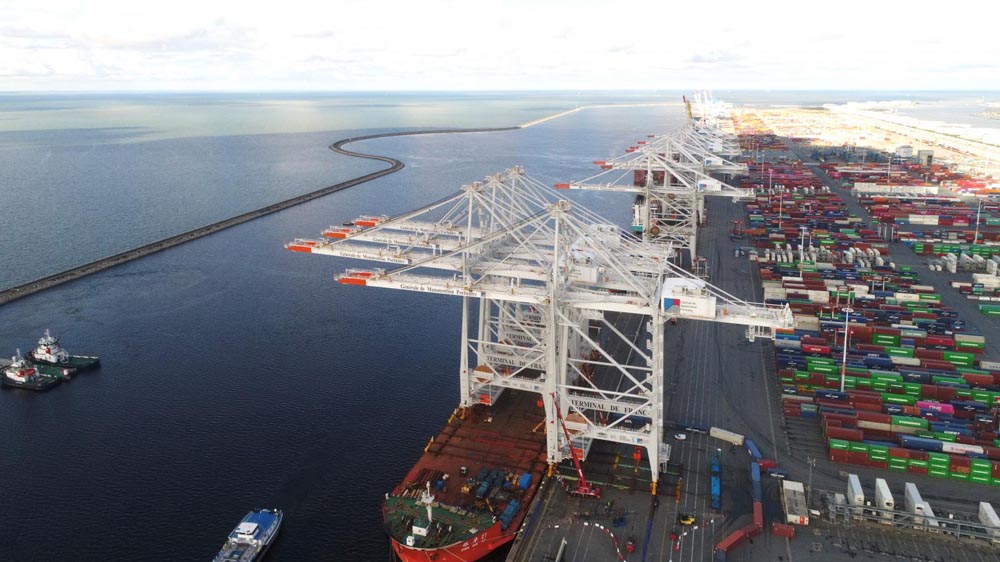