The offshore oil and gas industry is set for more hybrid battery power solutions with the announcement that a lithium-ion battery will be installed on Northern Drilling's West Mira offshore drilling rig.

The rig is a sixth-generation, ultra-deepwater semi-submersible designed by Moss Maritime and will be the world's first modern drilling rig to operate a low-emission hybrid (diesel-electric) power plant using lithium-ion energy storage. The solution, from Siemens, consists of four converter-battery systems for a total maximum power of six megawatts.

Offshore rigs have highly variable power consumption for drilling and dynamic positioning. By incorporating energy storage, it is possible to reduce the run-time of diesel engines and keep them operating on an optimized combustion level. The installation of Siemens' BlueVault on West Mira will result in an estimated 42 percent reduction in the run-time of on-platform diesel engines, reducing CO2 emissions by 15 percent and NOx emissions by 12 percent, which is equivalent to annual emissions from approximately 10,000 automobiles.

The batteries will be charged from the rig's diesel-electric generators and used for supplying power during peak load times. In addition, they will serve as backup to prevent blackout situations and provide power to the thrusters in the unlikely event of loss of all running machinery.

The energy storage solution that will be supplied to West Mira is based on field-proven technology, which has been installed in more than 60 marine vessels worldwide, including the world's first electric car ferry, MF Ampere, in Norway. 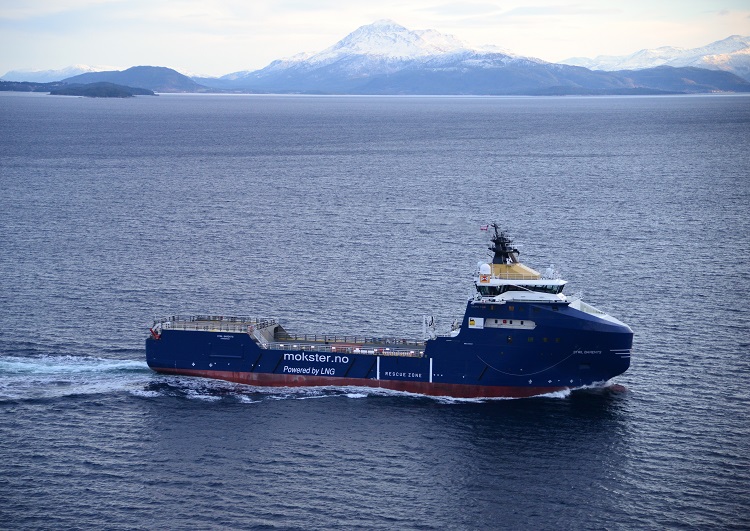 The news follows that of Eni Norge and Simon Møkster Shipping. The companies have reached an agreement to ensure significant reductions in the fuel consumption of the LNG-fueled vessel Stril Barents supporting the Goliat field by installing a battery on board. During operations such as dynamic positioning, the battery will act as an energy buffer and redundant power source.

The companies have also agreed to establish shore power facilities for the vessel that will be used for power when she is alongside and to recharge the battery. The project will be completed during the summer of 2019 in close cooperation with suppliers Vard and Kongsberg Maritime. The battery will be delivered by Corvus. DNV GL’s Class notation Battery Power will be achieved upon completion of the Project.

Earlier this year, DNV GL noted that big oil companies have started focusing on technologies that could enhance energy efficiency. ExxonMobil, for example, is going to partner with two Singaporean universities to open a Singapore Energy Centre in 2019 to develop and improve green technologies. Total bought the French battery maker Saft Groupe to invest in clean energy, and Statoil STI invested in Corvus.

Batteries are currently a fast growing technology in shipping with a compound annual growth rate of about 40 percent in terms of megawatt hours (MWh) installed battery capacity. In October 2017, the platform supply vessel Viking Princess, classed by DNV GL, returned to service after being refitted with a hybrid power system that incorporates batteries. She was the first offshore support vessel on which batteries have been used to reduce the number of generators on board. According to Wärtsilä, the hybrid system will generate savings through improved engine efficiency, as the operating profile of supply vessels is highly variable. When using the energy storage system on board Viking Princess, the fuel saving potential can be up to 30 percent in various operations and the CO2 emissions can be reduced by up to approximately 13 to 18 percent per year. The vessel now runs on a combination of a battery pack for energy storage and three liquefied natural gas-fuelled Wärtsilä engines.

To date, hybrid battery solutions have been mostly confined to smaller offshore supply vessels and tug boats to handle spikes in power demand, but the cost of lithium-ion battery cells has been lowered by up to 80 percent over the past few years, making battery and hybrid technology a more attractive option for larger ship segments as well.