Indonesian Navy divers have recovered a cockpit voice recorder from the Lion Air plane that crashed in the Java Sea on October 29 last year, killing all 189 people on board.

The recorder was discovered under 26 feet of mud in around 100 feet of water using a “ping locator.”

Shortly after takeoff from Jakarta, as it headed out over the Java Sea, Lion Air Flight JT 610 called air traffic control and requested permission to return to the airport. However, the plane did not turn around, and it was not heard from again.

The flight data record was found three days after the crash, and a preliminary report by Indonesia's transport safety commission considered maintenance, training, the response of the plane's anti-stall system and a recently replaced sensor, but did not find a conclusive cause for the crash of the brand new Boeing 737. It is hoped that the information contained on the voice recorder will offer fresh insight.

The Navy was brought in after a 10-day search funded by Lion Air failed to find the recorder.
The L3 Technologies Inc voice recorder was designed to send acoustic pings for 90 days - so after the end of January, finding it may have been significantly more difficult.

Lion Air CEO Edward Sirait told local media at the time of the crash that the aircraft's crew had reported unspecified problems during a flight the night before. The issue had been examined by ground crews, repaired and marked ready for flight. A pre-flight checklist revealed no issues, and Sirait said that the plane was "airworthy."

The aircraft, a Boeing 737 Max 8, had only flown for two months and 800 service hours prior to the crash. The Max 8 is among the latest editions of the 737 model, the world's most popular commercial jetliner. Boeing has delivered over 10,000 737s since 1967, and the new "Max" series offers better fuel efficiency and range than its predecessors. Boeing says that it has nearly 5,000 orders for the 737 Max series, making it the fastest-selling jet in the firm's history. The Max 8 variant made its first commercial flight in 2017. 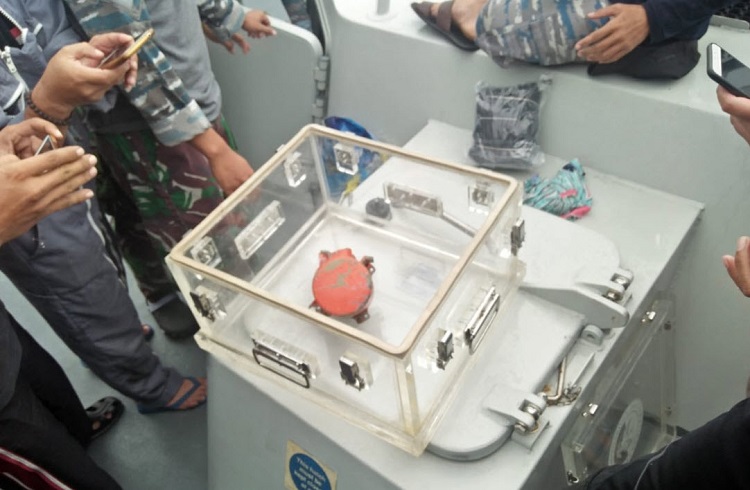