The Hurtigruten expedition ship MS Roald Amundsen crossed the Antarctic Circle and reached 70º south last week, the furthest any Hurtigruten ship has gone in the line's 127 years of business. 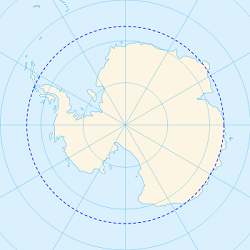 Captain Torry Sakkariassen and his crew sailed the vessel to the ice edge on February 19.

The circumference of the Antarctic Circle is roughly 16,000 kilometers (9,900 miles). The area south of the Circle is about 20 million square kilometers (7,700,000 square miles) and covers roughly four percent of Earth's surface.

MS Roald Amundsen is the world's first hybrid electric-powered expedition cruise ship, equipped with large battery packs and a specially designed ice-strengthened hull which allows her to operate in areas other ships cannot reach. Her sister ship, MS Fridtjof Nansen, will also run on a hybrid electric-powered propulsion system and will embark on her maiden voyage this spring. MS Fridtjof Nansen is expected to be delivered this year, and a second newbuild is expected in 2021.

MS Roald Amundsen will complete one more cruise in the region before sailing up through South and Central America to spend the summer in Alaska.