On Friday, thousands of fishermen in the Indian district of Kanyakumari took to the streets to call for reinforced SAR efforts in the wake of Cyclone Ockhi. Kanyakumari district official Sajjan Singh Chavan told the Hindu that over 60 boats and 700 fishermen from the area remain unaccounted for, in addition to 2,500 others who are stranded at ports of refuge from Kerala to Lakshadweep to Gujarat. These numbers do not reflect the cyclone’s effects on fishermen who are home ported in other districts, and the overall count is likely higher.

In Kerala, senior member of parliament Shashi Tharoor told media that he was unhappy with the preventive measures taken by the province's government – in particular, an allegedly poor effort to warn fishermen to stay in port as the storm approached. 38 people from Kerala died at sea and hundreds remain missing, Tharoor said, while casualty numbers were much lower in the Lakshadweep Islands, where a storm warning was distributed in advance.

Southern India has a sizable Christian minority, and many of the fishermen who were affected by the storm are Catholic. The Latin Catholic Church plans to hold round-the-clock vigils unless the government sustains its efforts to find the missing fishermen. “There are instances when such disasters have been proclaimed as a national disaster. In this situation, the Ockhi disaster should also be declared as a national disaster," said Vicar General Fr. Eugene Pereira, leader of a local archdiocese. "The rescue efforts have come to a standstill."

The Indian Navy reported Thursday that 21 ships and a dozen aircraft remained engaged in the search, and about 670 fishermen have been rescued to date. 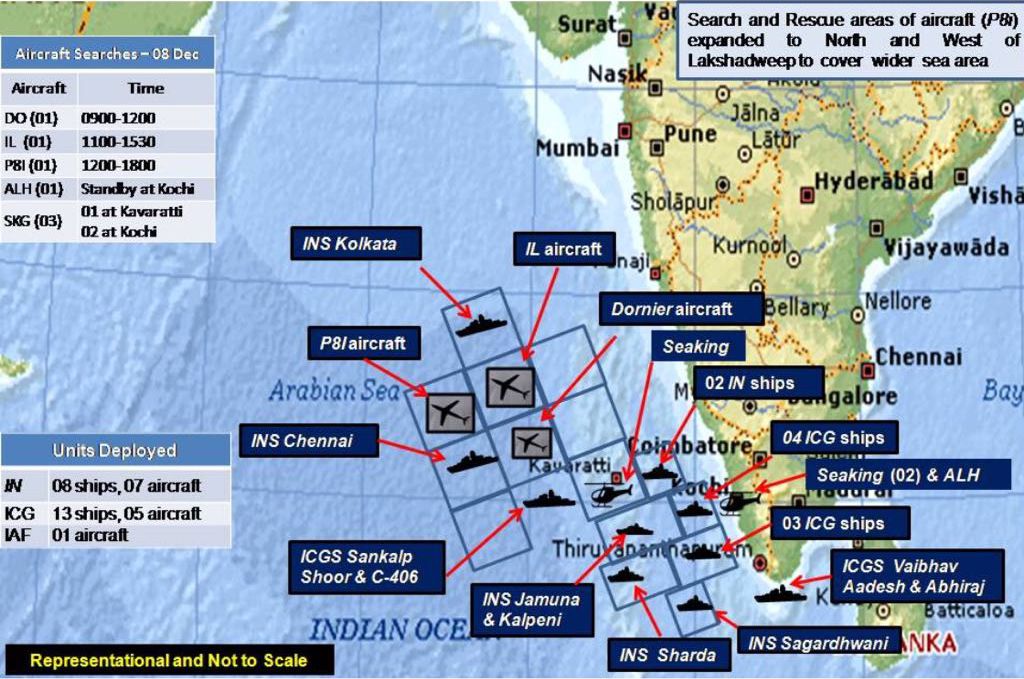 Separately, MP Shashi Tharoor alleged that the Indian Navy is "not picking up bodies because they have no freezer on board to accommodate them." He called on the service to retrieve all remains, saying that "ice is enough." The Indian Navy denied this charge, but it also said that mobile mortuary units are being contracted in order to give its ships more cold storage capacity.

Navy has already picked up bodies & brought them ashore earlier & will continue 2do so in ongoing #OpSahayam.
State admin in process of hiring mobile mortuaries 2b given 2Navy ships&other boats 2bring bodies ashore. Fishermen also embarked on Navy ships. We've never refused any1