Mississippi Briefly Closed to Traffic at Meraux After Dredger Capsizes

On Monday morning, a small dredger capsized in the Mississippi River near Meraux, Louisiana, briefly forcing the waterway's closure to marine traffic.

At about 0050 hours on Monday, Coast Guard Sector New Orleans received word that the dredger W.B. Wood had capsized near shore at mile marker 85 on the Mississippi. Two crewmembers were rescued by a nearby towboat, the Omaha.

The waterway was briefly closed from mile marker 81-86 for incident management, and it reopened to traffic (with restrictions) later in the morning. 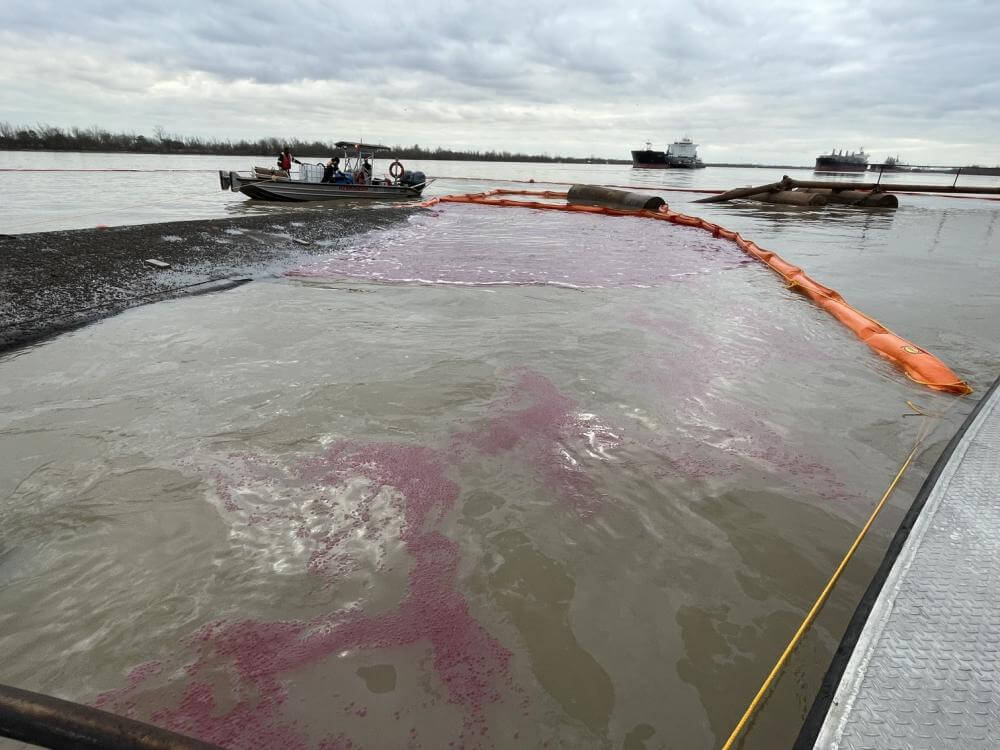 Sector New Orleans is coordinating with operator Wood Resources on the pollution response and the salvage plans. Three contracted spill response boats are on scene conducting skimming, and more than 3,000 gallons of oily water have been recovered so far.

The contractor has deployed about 1,000 feet of boom to contain any spilled petroleum while cleanup continues. A Coast Guard aircrew tracked the extent of the sheening and found that it extends as far as mile marker 64. It is expected to dissipate naturally, and any potentially related pollution reports will be investigated.

The W.B. Wood is a small 1,200 horsepower cutter suction dredger built by Dredging Supply, according to operator Wood Resources. It is rated to 60 feet of cutter head depth and 120 feet of sand pumping depth.