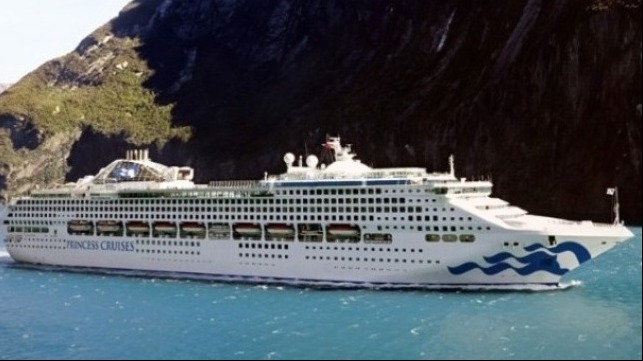 Seaports in Malta and Italy are closed to sea rescue survivors due to the COVID-19 pandemic, and merchant vessels have encountered serious difficulty in disembarking rescuees from the Libya-to-Lampedusa maritime migration route. However, Libyan offiicials regularly accept rescued migrants for return to detention. This avoids delay for the ship and for the migrants, but it may attract additional scrutiny: Libya is considered an unsafe place to disembark, and UNCLOS requires the master to deliver survivors to a safe port.

On May 25, the Portuguese-flagged container feeder Anne picked up about 90-100 maritime migrants in the Central Mediterranean. The Portuguese news outlet Expresso reports that the Anne was asked by the Maltese MRCC to carry out the rescue and - also at Malta's request - to transfer the survivors to Libyan authorities.

The rescuees spent two nights on board, according to the UN International Organization for Migrantion (IOM), then were transferred to the custody of the Libyan Navy. IOM spokesperson Safa Msehli said that after their return to Libya, they were taken to a detention center.

The incident has drawn the attention of the vessel's flag state. "[Portugal] has every interest in investigating what happened to find out if a Portuguese-flagged ship was involuntarily involved in an operation that would not be in conformity with international law," Portuguese Minister of Foreign Affairs Augusto Santos Silva told Expresso.

Msehli reiterated that Libya is technically off-limits for disembarkation. "While all lifesaving efforts are immensely important and should be recognized, especially amid a decrease in search and rescue capacity, we remind states and ship masters that people rescued at sea should be taken to a port of safety," said Msehli in a statement. "Libya is not one."

The risks that migrants face while transiting Libya are well documented. According to IOM, many of the Libyan Navy's returnees are placed in quasi-formal detention, where they may be accessed by trafficking gangs; IOM says that hundreds if not thousands cannot be accounted for.

On Thursday, a group of migrants at a smuggling warehouse in Mizdah allegedly killed a human trafficker; the victim's family took revenge, killing 30 migrants and seriously wounding 11 more. The majority of the dead were Bangladeshi nationals, Libya's Interior Ministry said.

“This senseless crime is a bleak reminder of the horrors migrants have to endure at the hands of smugglers and traffickers in Libya,” said IOM Libya Chief of Mission Federico Soda. “These criminal groups are taking advantage of the instability and security situation to prey on desperate people and exploit their vulnerabilities.”