The Talia was on a ballast voyage off Libya on Saturday when she diverted to rescue 52 migrants in a drifting boat. A surveillance plane operated by rescue NGO Sea-Watch spotted the boat and helped vector the merchant ship in, and the crew completed the rescue. However, the ship was not in an ideal state to receive passengers: she had just offloaded a livestock cargo in Libya, and her decks had not yet been fully cleaned, Capt. Mohammad Shaaban told media.

The Talia appealed to Italian and Maltese authorities for permission to disembark the survivors. She proceeded first to Lampedusa, where Italian authorities told her to divert to Malta instead. She headed to Malta, but Maltese officials asked her to stay outside of the island's territorial seas, according to Capt. Shaaban. Weather conditions worsened, and the crew of the Talia relocated the migrants from the weather deck onto deck six, one of the ship's livestock decks. After an appeal, Maltese officials allowed the Talia to move temporarily to an anchorage just offshore in order to ride out the storm. 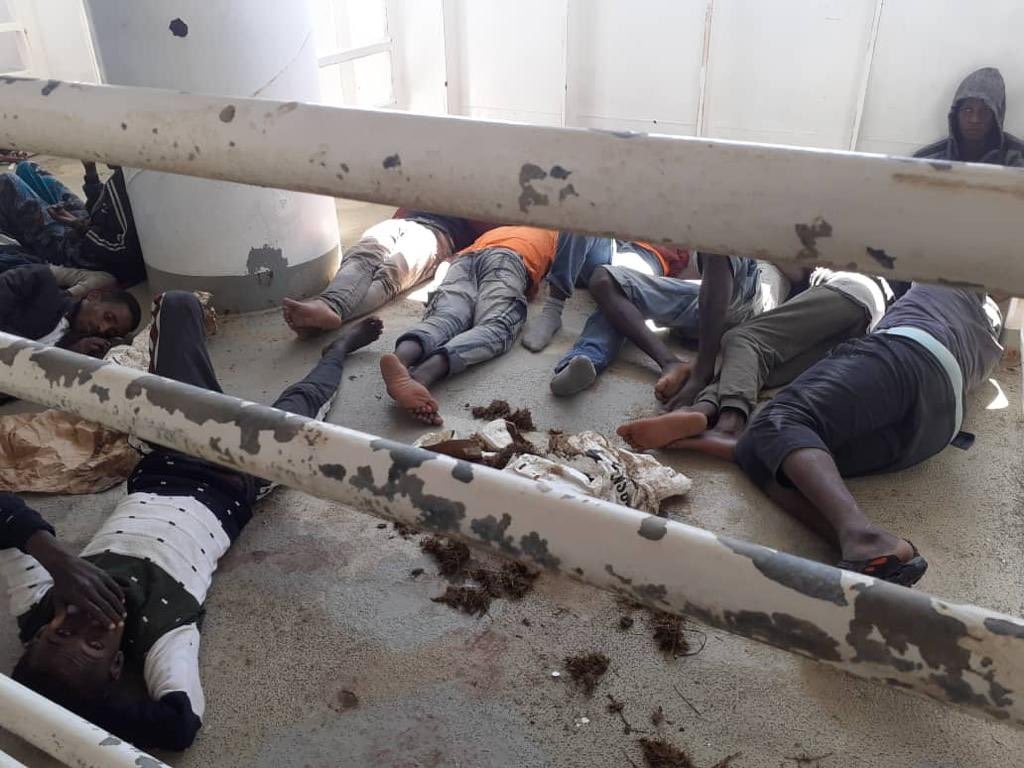 Two of the survivors were evacuated to Malta early this week with medical issues. In line with the long-running standoff over migrant arrivals in the Central Mediterranean region, permission was not immediately granted for the remaining 50, and the Talia waited at sea until a Maltese patrol boat arrived to take the remainder Tuesday night.

"We have followed the law and yet we cannot disembark in Europe. We cannot believe that a merchant ship with limited capacity for assistance will do its duty while a state like Malta now fails to assign a safe port as required by law," the Talia's representatives told Sea-Watch.

Malta is seeking a long-term, automatic distribution agreement with other EU nations for the reception of migrant arrivals from Libya. The small island nation of 500,000 people happens to be one of the closest points in the EU to Libyan shores, and it is one of the two main destinations for migration on the Central Mediterranean route.