The UK Marine Accident Investigation Branch (MAIB) has published the results of its inquiry into the grounding of the cargo ship Celtica Hav on the approaches to the port of Neath, Wales. The MAIB concluded that the casualty occurred because of the lack of a detailed pilotage plan and a loss of situational awareness.

At 1415 hours on March 27, 2018, the freighter Celtica Hav took on a pilot at the mouth of the River Neath, the approach channel for the port of the same name. The master and pilot completed their exchange and signed off the pilotage checklist. The pilot asked for the master to trim the vessel to a more even keel to reduce maximum draft. He then took the conn and did a round turn to wait for the highest possible tide, given draft restrictions in effect on the river. After completing the 360-degree turn, he directed the helmsman to head inbound at a speed of 5-6 knots, close to the starboard edge of the channel.

Winds were westerly at force 5, and a tidal stream was setting to the east. Both pushed the vessel to starboard, but the pilot did not make alterations to bring her back towards the center of the channel. 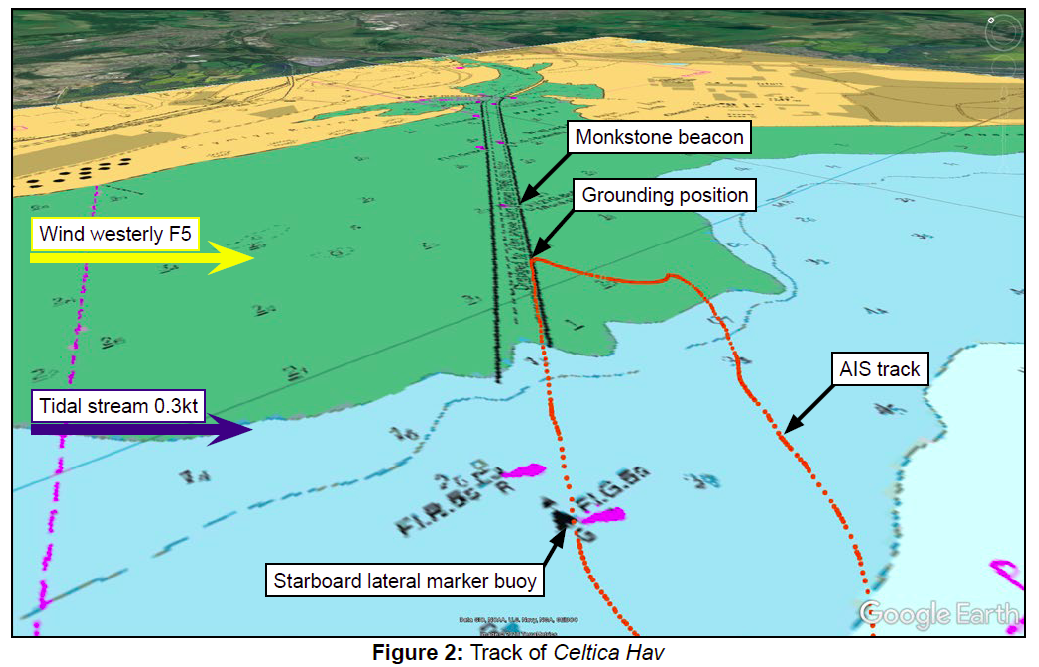 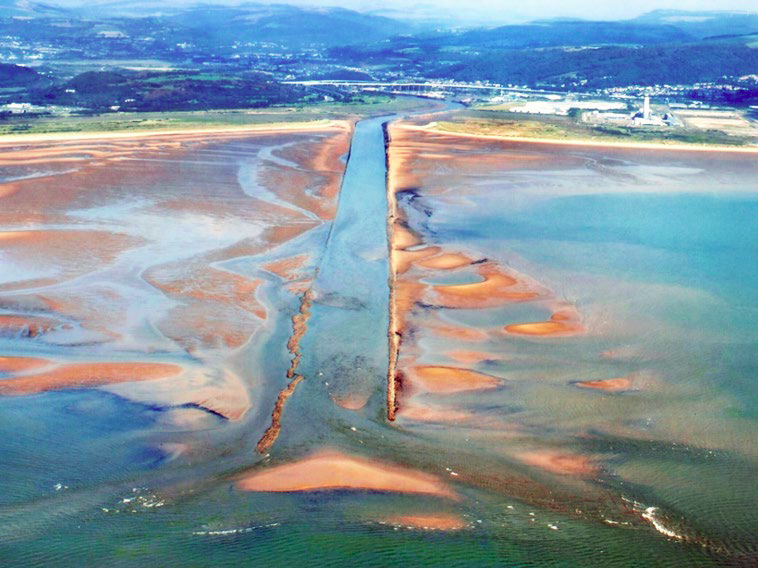 The channel at the mouth of the River Neath is about 250 feet wide, and lined on both sides with submerged walls made of granite blocks (training walls). These structures direct the river's flow outwards through the channel, increasing scouring action on the bottom and reducing the need for dredging. They are submerged at high tide and marked with beacons.

At 1438, the Celtica Hav strayed to the edge of the channel and grounded on the stone training wall on her starboard side. She scraped along the wall for about 600 feet before coming to a rest. The master ordered all stop and had the crew conduct a damage assessment, and the bridge team decided to refloat the vessel immediately to avoid any further damage. With the assistance of a pilot boat pushing on the vessel's starboard bow, the Celtica Hav came off the wall quickly.

The crew’s damage assessment revealed that the hull had been breached in several locations, and water was flooding into the vessel’s starboard ballast tanks and engine room. The Celtica Hav began to list to starboard as the ballast tanks filled, but the master elected to use all available pumps to keep down flooding in the engine room. With the vessel's own bilge and ballast pumps, along with five salvage pumps provided by the local port authority, the water level in the engine room subsided and the vessel's list stabilized at six degrees.

A tug arrived early the next morning, and with its assistance standing by, the Celtica Hav berthed in Swansea at 0600 hours.

The vessel's passage plan for the accident voyage did not contain details on the approach channel for the River Neath, and the details that would ordinarily be marked on the chart for such a transit were not plotted. "When the pilot took the con, the master and C/O did not have a clear understanding of his intentions or the local hazards to navigation. This severely degraded their ability to effectively monitor the actions of the pilot and his execution of the passage," MAIB concluded.

The pilot and master did not use the vessel's electronic chart system or radar during the transit, but relied on visual information and the pilot's local knowledge. During one of the pilot's previous training transits, the vessel under his control also navigated outside of the channel's starboard limits and along the top of the training wall, but was brought back into the channel before reaching the site where Celtica Hav went aground.

"Celtica Hav’s approach to the River Neath was not properly planned, safely executed or adequately monitored. This was the result of a general acceptance of low navigational standards and an over reliance on the pilot’s level of local knowledge and visual positional awareness," concluded MAIB.