Demolition of Product Tankers on Pace to Break 11-Year Record

The first long-term test of a rotor sail fitted on a passenger ferry is coming to an end after three years aboard Viking Line’s Viking Grace. According to both the line and the technology company, the tests provided important data demonstrating the benefits of the rotor sail concept and helping to advance the technology. The test was also the first aboard an LNG-fueled ship creating the first LNG-wind electric propulsion hybrid ship.

During the test, the Viking Grace was able to reduce its emissions, fuel burn, and fuel costs according to data released by Norsepower, developer of the rotor sail. They estimated the annual reduction in carbon emissions at approximately 900 tons, which they said was equivalent to reducing LNG fuel consumption by 300 tons per year.

The rotor sail, which stands approximately 79 feet and has a diameter of 13 feet, was fitted on the 57,565 gross ton Viking Grace in 2018. The vessel, which is 715 feet long, operates on a 12-hour trip between Stockholm, Sweden and Turku, Finland with an intermediary stop in the Aland Islands at speeds ranging between 13 and 21 knots.

The rotor sail generates thrust utilizing the Magnus effect, thus reducing the vessel’s need for propulsion force. The fully automated system detected situations in which wind conditions were favorable for the operation of a rotor sail and automatically started the sail.

After the test began, three independent organizations, ABB, Chalmers University, and NAPA, each conducted analysis of the ship in operation to determine the performance and looking at the impact of a broad range of factors such as trim, list, draft, and speed on the performance. Norsepower also conducted studies in cooperation with an external provider of strain gauge measurements and related strain force data.

Measurements during the first year of operation confirmed the long-term fuel-saving potential. They reported that power consumption was reduced between 207-315 kW, equaling 231-315 tons of fuel every year. The results were in line with the original forecasts. The fuel savings were greater when the vessel was operating at higher speeds and in the open seas, versus the archipelago. Wind conditions were better on the open sea legs of the trip. 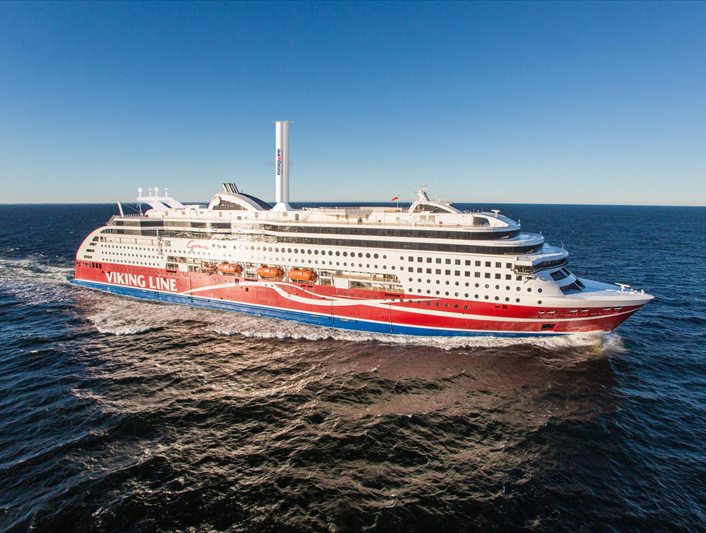 A spokesperson for Viking Line said the technology was very interesting. He also noted that at the conclusion of the trial period, Viking Line wants to continue testing new climate-smart solutions on its vessels. The line’s new vessel, Viking Glory, which is due to enter service in 2022, has already been equipped for the possible use of a rotor sail.

“Rotor sail technology is a promising and ambitious step towards more environmentally-friendly maritime transport. It is important to develop this kind of solution, and we certainly want to be involved in finding new ways to make Baltic Sea transport more climate-smart,” said Johanna Boijer-Svahnström, senior vice president of Corporate Communications at Viking Line.

Norsepower said that the results of the tests on the Viking Grace were used to further optimize the performance of the system to potentially achieve fuel savings of up to 20 percent. In addition to the Viking Grace, four others vessels, including Scandline’s ferry M/V Köpenhamn, which runs between Germany and Denmark, and the tanker Maersk Pelican, were also fitted with the rotor sails. The success of the trial has also contributed to increasing interest and sales for the rotor sail technology.

The Viking Grace project was supported by the Horizon 2020 program of the European Commission. The rotor sail is being removed at the conclusion of the trial period. 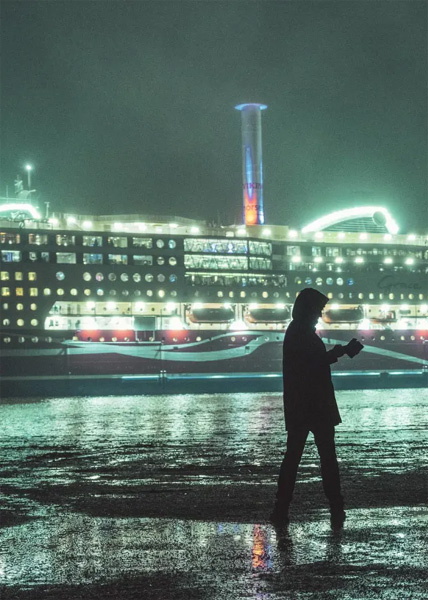 The world’s first barge-to-ship methanol bunkering operation took place in the Port of Rotterdam demonstrating according to the participants the simplicity of methanol bunkering for the marine industry. While alternative fuels are being developed, one of the critical pieces is to also ensure that they can be safely transported and bunkered to ships to complete the full supply chain. “Methanol is globally available and has similar storage needs to conventional fuels,” explained Dick Richelle, Commercial Director of Royal Vopak. “This...

While the maritime industry is focusing on the development of a new generation of vessels to achieve the decarbonization goals, one of the big challenges is how to incorporate the existing global fleet to reduce emissions and how shipowners can protect the current investments to ensure the ships they are building today remain productive in the transition to a global zero carbon fleet. The Mærsk Mc-Kinney Møller Center for Zero Carbon Shipping announced that it will lead a project with...

The Port of Corpus Christi, Teas is joining a growing list of ports around the globe seeking to become part of the emerging hydrogen infrastructure to support the maritime and other industries. The port plans to develop renewable energy infrastructure to support the production of green hydrogen and potentially to provide renewable power directly to the port and its customers. The Port of Corpus Christi Authority entered into a Memorandum of Understanding with Ares Management, a California-based alternative investment manager,...

Demolition of Product Tankers on Pace to Break 11-Year Record

Unfavorable freight rates in the oil product market coupled with an uncertain outlook and strong demand for steel are driving the demolition rate for product tankers toward record levels according to a new analysis from BIMCO. The shipping industry trade association forecasts that demolitions of product tankers could reach levels not seen since 2010 and if the oil spot market continues to be depressed the trend could spread to crude oil tankers. BIMCO’s analysis shows that in the first four...