After 33 years homeported in Boston, the US Coast Guard cutter Seneca departed Coast Guard Base Boston on September 2 for the final time heading to her new homeport in Portsmouth, Virginia. The vessel is being repositioned as part of an effort to create greater efficiency by clustering vessels of the same class at bases.

The Seneca was a familiar sight on the Boston waterfront. Built in Rhode Island and delivered to the Coast Guard in 1986, the Seneca was formally commissioned in Boston on May 9, 1987. Since then, Seneca’s crew has conducted nearly all of the Coast Guard’s missions throughout New England, the Caribbean Sea, and the Atlantic and Pacific Oceans, from her homeport in Boston. 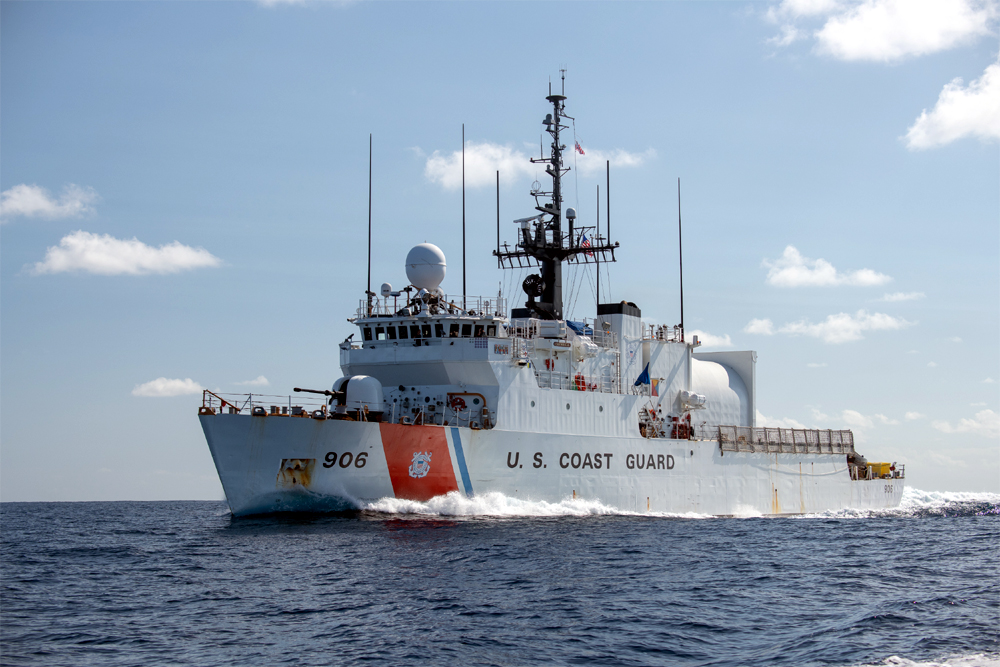 US Coast Guard official photo of the Seneca (906)

In the late 1990s, the Seneca, along with Coast Guard Cutter Gallatin, was part of Operation New Frontier, a counter-narcotics operation that tested the use of high-speed pursuit boats and armed helicopters. The operation was completed on March 13, 2000, and lead to the creation of the Helicopter Interdiction Tactical Squadron in Jacksonville, Florida.

From her new homeport at Coast Guard Base Portsmouth, the Seneca will continue her missions along with six other 270-foot, medium endurance cutters all based at the same homeport.

The Seneca was named in honor of the Revenue Cutter Seneca, the first cutter to engage in official ice patrol duties after the sinking of the RMS Titanic in 1912, and one of five Coast Guard cutters that made up Squadron 2 of Division 6 of the Atlantic Fleet Patrol Forces during World War I. The first Seneca was active from 1908 to 1936.