The Libyan Government of National Accord has pulled out of peace talks with the rival Libyan National Army after LNA forces shelled a terminal at the port of Tripoli, sparking an explosion and sending up a large column of smoke.

According to the GNA, which controls the port, the attack killed three civilians and wounded five more. It nearly struck a tanker, the GNA claimed, which could have resulted in a larger explosion. Reuters reports that tankers were ordered to leave the port as a precautionary measure after the attack.

Turksih ammuntions and equipment exploding after being targeted by the Libyan Army . #LNA #Tripoli pic.twitter.com/w6yzM4wPx8 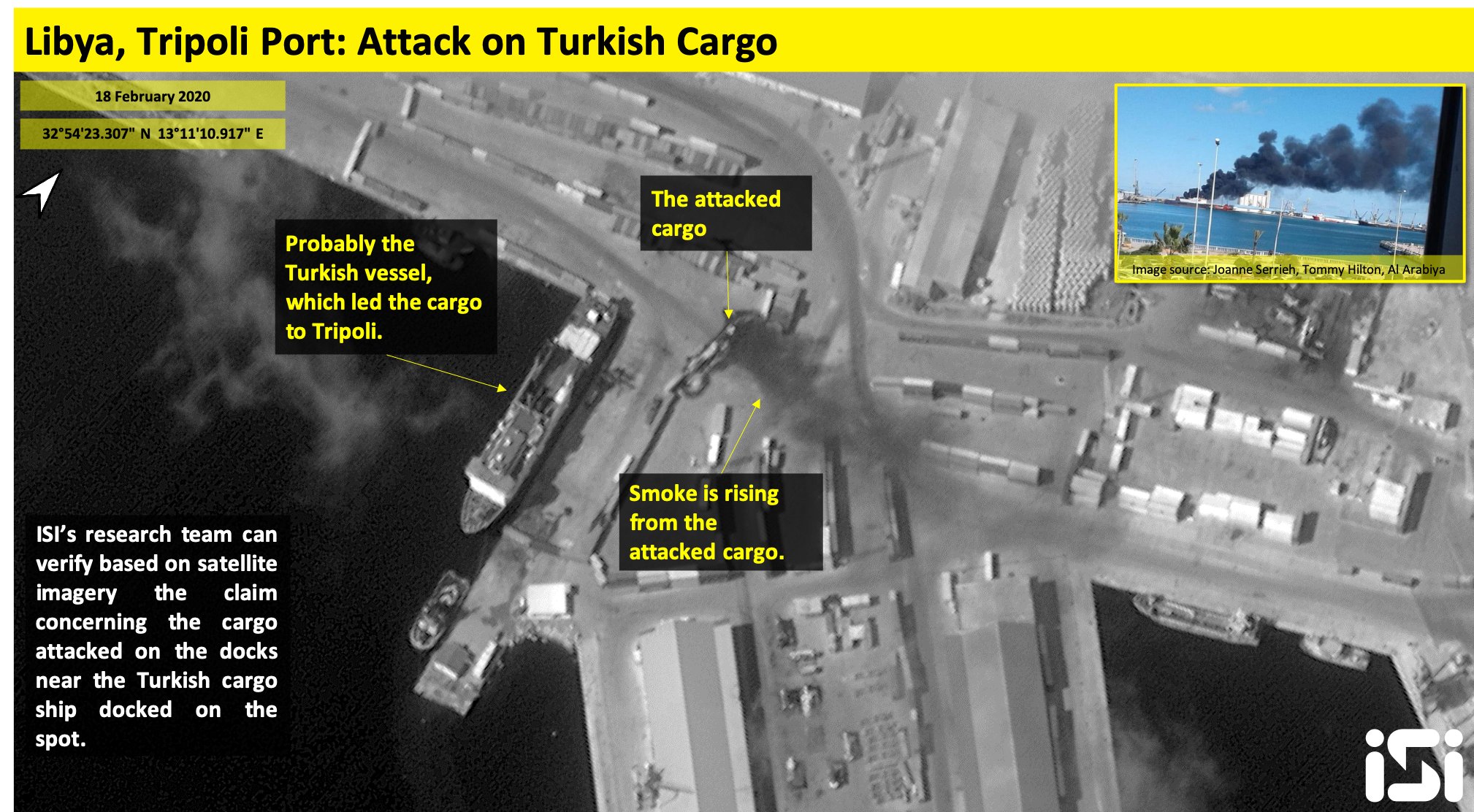 Given the nature of the attack, maritime security consultancy Dryad Global said Tuesday that it believes there is a high threat to shipping in Tripoli in the short term, and it advised vessels and personnel to avoid the port.

The Libyan National Army, controlled by eastern Libya-based warlord Khalifa Haftar, has been advancing towards GNA-controlled Tripoli since early 2019. The GNA is backed by Turkey, which has provided it with arms, ammunition and troops, while Haftar has the support of Russia, the UAE and Egypt.

The attack on the port of Tripoli came in the middle of UN-sponsored ceasefire talks in Geneva, which were organized and backed by the many foreign nations participating in the conflict. It also reportedly occurred during a visit by U.S. ambassador to Libya Richard Norland to Haftar's territory in the eastern half of the country. Haftar's capital, Benghazi, is a city that American envoys have avoided since the 2012 killing of U.S. ambassador J. Christopher Stevens (and three other Americans) by a local militia.