Texas-based Kinder Morgan has taken a final investment decision for the Trans Mountain Expansion Project, subject to the successful completion of an IPO, which is expected to take place by May 31, 2017.

The Trans Mountain Expansion Project is a C$7.4 billion ($5.5 billion) project (with a remaining cash spend of C$6.2 billion ($4.6 billion) as of March 31, 2017) which will provide western Canadian oil producers with an additional approximately 590,000 barrels per day ready to be shipped to the western United States and global markets. It will result in a total pipeline capacity of 890,000 barrels per day.

The project is underpinned by 15 and 20-year shipper commitments of 707,500 barrels per day, or roughly 80 percent of the capacity on the expanded pipeline, with the other 20 percent reserved for spot volumes as required by the National Energy Board.

Construction on the project is expected to begin in September 2017 with completion expected in December 2019.

An election this month in British Columbia, Canada, has resulted in the environmentalist Green Party holding the balance of power. This could lead to the project being blocked despite it having federal approval.

Kinder Morgan says that while the political climate was not ideal for the timing of the IPO, the process is proceeding because the Trans Mountain Expansion Project financing contingency period, as specified in shipper agreements, concludes at the end of May. 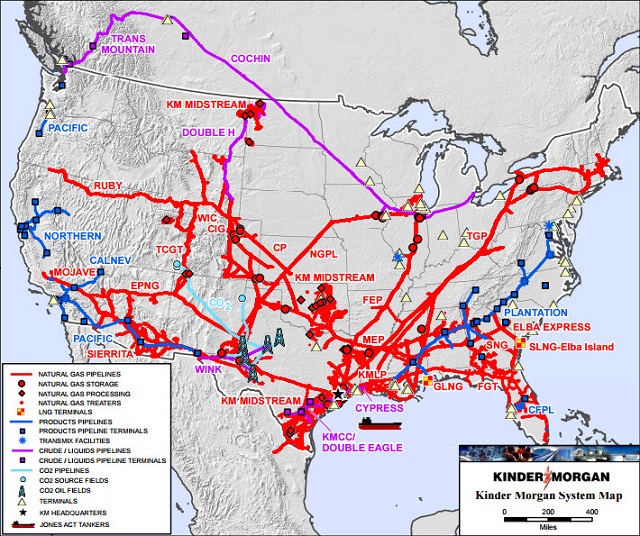 Small amounts of fuel from the sunken con/ro Grande America are still washing up on France's Bay of Biscay coastline, according to regional maritime agency Premar Atlantique.  On February 17-18, patches of heavy oil were discovered on a number of beaches in the departments of Loire-Atlantique and Vendée. On the most heavily affected sites, a few tens of kilos of pollutants have been recovered, as well as several birds carrying traces of oil. Upon the discovery of the oil, Premar Atlantique mobilized...