New Zealand to Phase Out Live Export by 2023

On Tuesday, North Korean dictator Kim Jong-un ordered the removal of a tourist facility at Mt. Kumgang, including the world's first floating hotel.

The 200-room Sea Kumgang Hotel (Haekumgang) is a permanently-moored passenger barge, and it was installed by South Korean entrepreneurs during the rule of Kim Jong-un's father, Kim Jong-il. Its association with South Korea prompted the younger Kim to order its removal, but it was built for a much different purpose - and it happens to be the world's first modern floatel.

The Sea Kumgang Hotel was originally built in Singapore in 1987 as the John Brewer. An Australian entrepreneur, Doug Tarca, ordered it with the goal of creating a floating resort at the Great Barrier Reef. A heavy-lift ship delivered the John Brewer to the intended destination, but Tarca's resort business only lasted two years as a going concern. The John Brewer was sold into service in Saigon, where it provided accommodations from 1989 the 1997. It was then sold to Hyundai Asan, which was developing the Mt. Kumgang tourist facility. After a refit in Singapore, it was moved to Kunsang Port and reopened under its current name. 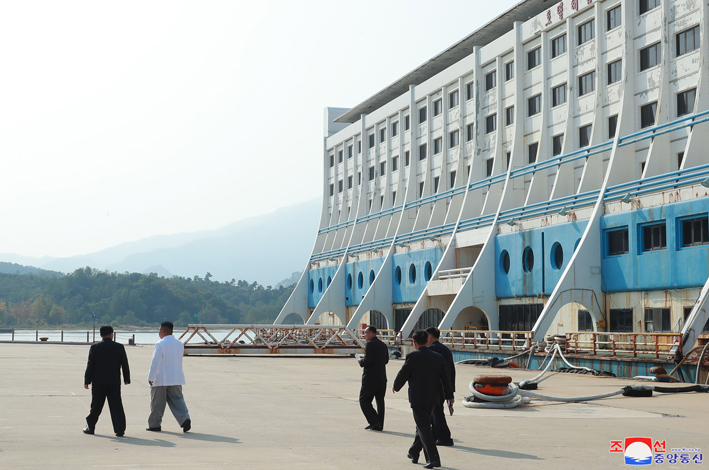 The Mt. Kumgang accommodations facility ultimately fell victim to regional tensions. In 2008, a South Korean visitor was shot and killed by a North Korean guard, leading to the site's closure to visitors from the south. Pyongyang seized the facility from its South Korean operators in 2011, and it has been largely vacant since.

In a recent visit to Mt. Kumgang, Kim Jong-un surveyed the South Korean facilities at the site - including the floatel - and declared them an affront to national pride. The buildings, he declared, are "just a hotchpotch" resembling "makeshift tents" or an "isolation ward." Kim called for "removing all the unpleasant-looking facilities of [South Korean origin]" and replacing them with modern North Korean buildings.

New Zealand to Phase Out Live Export by 2023

The government of New Zealand has confirmed a plan to phase out all livestock exports by sea by 2023, making the country one of the first western nations to ban the practice altogether.  "At the heart of our decision is upholding New Zealand’s reputation for high standards of animal welfare. We must stay ahead of the curve in a world where animal welfare is under increasing scrutiny," said agriculture minister Damien O'Connor MP in a statement. "This decision will affect...

The ICC International Maritime Bureau (IMB) released its quarterly report on maritime piracy showing that there was an overall decline in incidents in the first quarter of 2021. However, they cautioned that while the number of reported piracy attacks against commercial shipping declined in 2021, violence against crew is on the rise with the Gulf of Guinea remaining the world’s piracy hotspot in 2021. "Seafarers are in many respects the unsung heroes of our global economy,” said ICC Secretary General...