Viking Line conducted the keel laying ceremony for Viking Glory on June 3 at the Xiamen Shipbuilding Industry shipyard in China. The new ship will begin operating along the Turku-Åland-Stockholm route.

The ship is equipped with wind-power driven rotors and environmentally friendly engines. Like Viking Grace, the Viking Line's newcomer will run on LNG to reduce emissions. She also has Azipod propellers and dynamic ventilation and lighting. 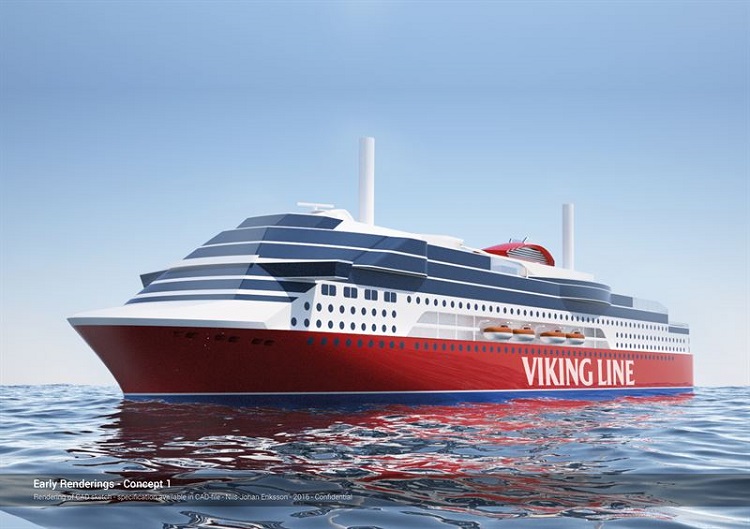 The vessel A special priority of the Connecting Europe Facility (CEF), which strives to promote green, robust, attractive and efficient maritime traffic links integrated throughout the transport chain, is Motorways of the Sea (MoS). MoS are the maritime pillar of the Trans-European Transport Network (TEN-T).

Viking Line, together with the Port of Turku, the Ports of Stockholm, the Port of Mariehamn and the city of Turku, has been granted EU funding from the Connecting Europe Facility for their collaborative NextGen Link project. The project entails an upgrade of maritime transport links between Turku, Mariehamn and Stockholm with the new vessel and infrastructure improvements in the ports. The project is in line with the E.U.’s Trans-European Transport Network (TEN-T) priorities, as it contributes to increased use of more sustainable vessel fuel and thus reduced emissions while also improving logistics in the link between Turku and Stockholm and making them more efficient.

The Turku–Mariehamn–Stockholm link is located in the so-called Scandinavian-Mediterranean Core Network Corridor, a transport corridor identified by the E.U. as being a special priority under the framework for TEN-T. The E.U. project, which is led by the Port of Turku, will run from 2017 to 2020.

Viking Line will start taking bookings for the ship in December of this year.