Japan’s Roboship project became the latest group to conduct successful tests of a remote-controlled ship equipped with an automatic collision avoidance algorithm. The roboship proof of concept test took place off the coast of Toyosu in Tokyo, Japan on November 11. The project, which includes the participation of 23 companies and one organization in shipbuilding and shipping, is part of an effort to develop operating systems for coastal vessels.

A series of verification tests were conducted by e5 Lab, which was established by four shipping companies last year and aims to develop a new generation of electric vessels and digitize their operation. Today’s tests were carried out on a Kanko Kisen Kogyo owned passenger ship, the Urban Launch, and are part of a two-day initiative called "ROBOSHIP Value Co-creation Project Proof of Concept in Tokyo 2020."

Among the five elements that will be tested over the two days is offshore high-speed broadband communication with the “zero accident” application operating system for the ship and the next generation digital navigation tools. They are also experimenting with next-generation ship land power management and robot ship operation utilizing AI remote control technology. The project is also exploring adaptations in systems, such as air conditioning, to address the implications of the corona era. 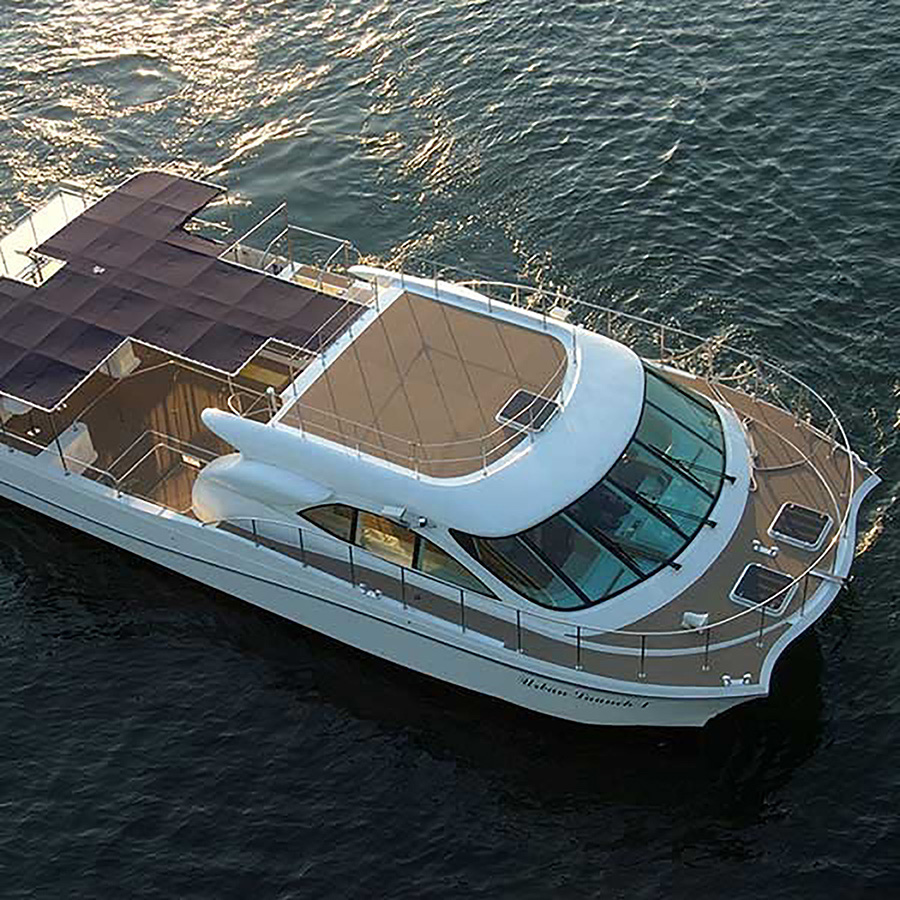 Before the tests, Mitsubishi assisted installing Super Bridge-X, which is an operation support system with functions such as route planning, course control, ship speed control, collision prevention, and avoidance planning. They also prepared a remote-controlled unmanned vessel developed by Mitsubishi Heavy Industries and conducted a demonstration to avoid collisions using two vessels, an urban launch, and an unmanned vessel.

Last month in Korea, another group, including Samsung Heavy Industries, carried out a similar test of a remote-controlled vessel also using an anti-collision AI system. They operated the tug from a remote control center 150 miles away and were successful in sending it across the harbor. Samsung said its goal is to commercialize the technology by 2022.