Historic preservation association Italia Nostra has called upon UNESCO to register the city of Venice and its famed lagoon on its list of most endangered World Heritage Sites. The group  cited the continued presence of large cruise ships in the Guidecca Canal and the San Marco Basin among the reasons for its concerns, and it is calling for a ban on cruise ship transits through this sensitive historica area. 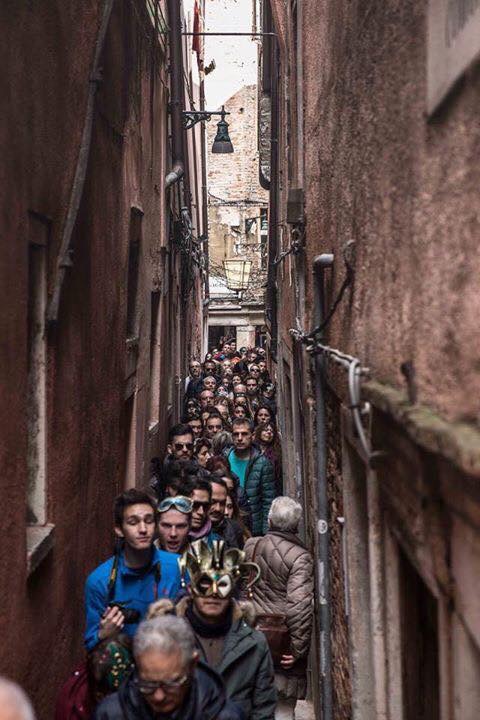 "Everyone seems to agree that large ships should no longer travel along that channel," the association wrote in a release Monday. Italia Nostra cited the erosion of the lagoon - allegedly attributable to ship traffic - as well as increasing tourist pressure and the risk of maritime casualties, like the collision in the Guidecca Canal on June 2.

Venice is packed with architectural and cultural treasures, and about 25-30 million people per year come to visit. Many arrive by cruise ship - so many that Venice intends to start charging a $12-per-person day fee targeting cruise tourists in order to offset their impact.

UNESCO's World Heritage Committee is due to meet in a few days to consider Venice's status, among other issues, and Italia Nostra is asking it to place the city on its list of world heritage sites in danger. UNESCO has been working with Venice's government for some time to address the threats to its preservation, and Italia Nostra says that it is time for more stringent warnings.

"Italia Nostra has turned to [UNESCO] . . . believing that Venice's drift can be stopped only with a symbolic gesture: the inscription in the danger list," Italia Nostra wrote. "It is no longer time for extensions, granted over and over . . . The inclusion in the list of endangered sites could be the first step towards redemption, in order to obtain more stringent protections."