Intercargo Reviews a Decade of Losses

Between 2008 and 2017 there were 53 total losses of bulk carriers of 10,000 ton deadweight and above with the reported loss of 202 seafarers. However, the organization says casualty records from 1994 to the present day indicates a gradual improvement over the years in terms of numbers of lives and ships lost. 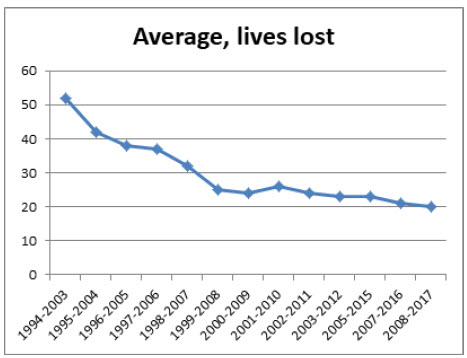 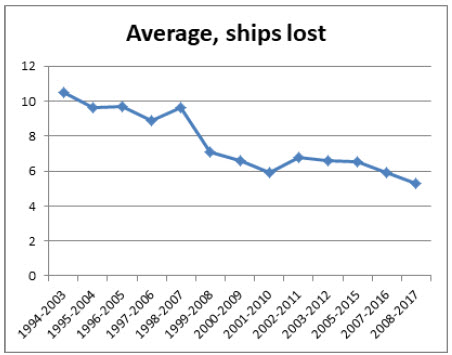 An analysis of bulk carrier incidents in 2016 and 2017 demonstrates the most common causes in both years: 1) machinery and technical, 2) main engine, 3) grounding, 4) collision, 5) allision. The preliminary findings indicate safety issues related to the human element leading to grounding and collision as well as equipment failures. 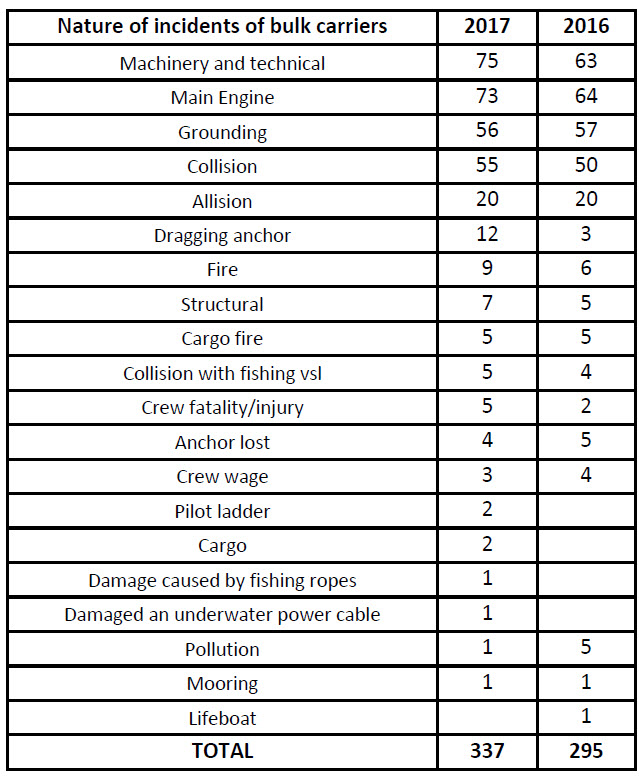 The report again highlights that cargo failure, including moisture related cargo failure mechanisms, is one of the greatest concerns for the safe carriage of dry bulk over the past 10 years and is likely the cause of the loss of 101 seafarers’ lives and nine vessel losses.

The incident onboard the 57,000 dwt MV Cheshire in August 2017 involving high temperatures in the cargo holds and the release of gases from the cargo again raised serious concerns with the carriage of ammonium nitrate based fertilizer. The shipping industry welcomed the issuance of the IMO circular CCC.1/Circ.4 on “Carriage of Ammonium Nitrate Based Fertilizer (non-hazardous)” in September 2017; however bulk carrier owners and masters are expecting prompt and clear mandatory safety requirements to avoid recurrence of the M/V Cheshire and M/V Purple Beach incidents.

In March 2017, the sinking of M/V Stellar Daisy, carrying iron ore, resulted in the loss of 22 seafarers. “While the SAR efforts in response to this sinking are to be praised, in its aftermath the shipping community should be concerned about the non-availability of sufficient SAR capabilities in the vicinity of busy shipping lanes around the world and revisit this issue,” said Intercargo in a statement.

Intercargo stresses the importance of flag States’ timely submission of casualty investigation reports to IMO as a means for identifying the cause of incidents and enabling corrective actions to be taken. The IMO GISIS database showed by end January 2018 that 29 investigation reports of 53 losses had not been submitted to IMO by their flag States.

Highlights of the issue of slow reporting: 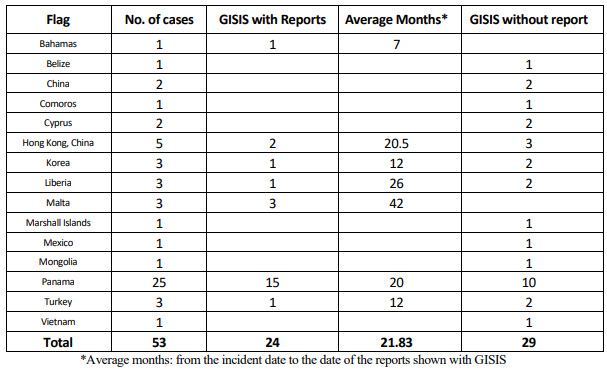