Industry Distances Itself from Livestock Exporter

The Australian Livestock Exporters’ Council has endorsed calls for a full investigation into the circumstances which led to 4,327 dairy heifers being unloaded from a livestock vessel at the Port of Portland, Australia, this week.

The Panama-flagged livestock carrier Jawan failed to leave the port safely twice last week. After aborted departures due to stability issues on Thursday and Saturday, the Australian Maritime Safety Authority (AMSA) has refused to let the vessel sail again with livestock on board. After the first failed attempt, 380 of the cattle were unloaded, but again the vessel suffered stability issues. 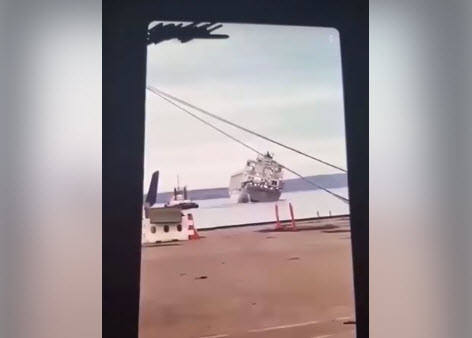 Australian Livestock Exporters' Council (ALEC) CEO Brett Pointing said ALEC would support a review by AMSA and the Department of Agriculture & Water Resources into the factors which prevented the Jawan from sailing.

“If the exporter or any other party has done the wrong thing, they must be held to account,” Pointing said. “Exporters were shocked by the images showing the way the vessel was listing. As the authorities get to the bottom of this, we are 100 percent behind them, because what we saw was unacceptable.

“Incidents like these are rare because the regulatory systems governing the industry act as a rigorous safety net to ensure that, in addition to the pre-loading preparation undertaken by the exporter, consignments are well planned and able to sail as intended. As always, the well-being of the livestock is our highest priority, and the way welfare has been successfully upheld in recent days is a credit to all the agencies involved.”

The Jawan has serviced Australia’s livestock export trade for many years, especially markets in South East Asia. The company responsible for the shipment, Perth-based Atlas Exports, is one of very few licensed Australian livestock exporters which is not a member of ALEC.

“ALEC represents the overwhelming majority of the industry, both in terms of licensed export businesses and the livestock volumes exported, because almost all exporters share the view that participating collectively in industry governance and reform builds consensus and promotes accountability,” Pointing said.

“That’s why our members have formally supported ALEC’s new Code of Conduct – to foster a positive industry culture and send a clear message that we will call-out unacceptable practices if they occur in our industry. Atlas does not participate in industry matters in this way and, as such, ALEC is unable to speak on its behalf.”

Port of Portland chief executive Greg Tremewen has confirmed that the Jawan left Portland without livestock on board on Wednesday.