On Sunday, Indonesia's fisheries ministry lined up and sank 51 confiscated fishing boats as part of its ongoing effort to combat illegal poaching by foreign fishermen in the Indonesian EEZ.

Indonesian authorities carried out the sinkings at five ports across the island nation. The renewed use of this assertive tactic reflects recent tensions with Vietnam's coast guard and commercial fishing fleet, and 38 of the vessels were Vietnamese. The remainder were Malaysian, Chinese and Filipino vessels, along with a smaller number of foreign-owned Indonesian boats.

Sinking may appear dramatic, but not by the standards of Indonesian fisheries minister Susi Pudjiastuti: Her ministry used to carry out its work by burning or blowing up confiscated vessels. This time, instead of using explosive charges, tug crews used pumps and hoses to flood the vessels and send them down. The minister still took part in a symbolic ceremony burning confiscated fishing nets. 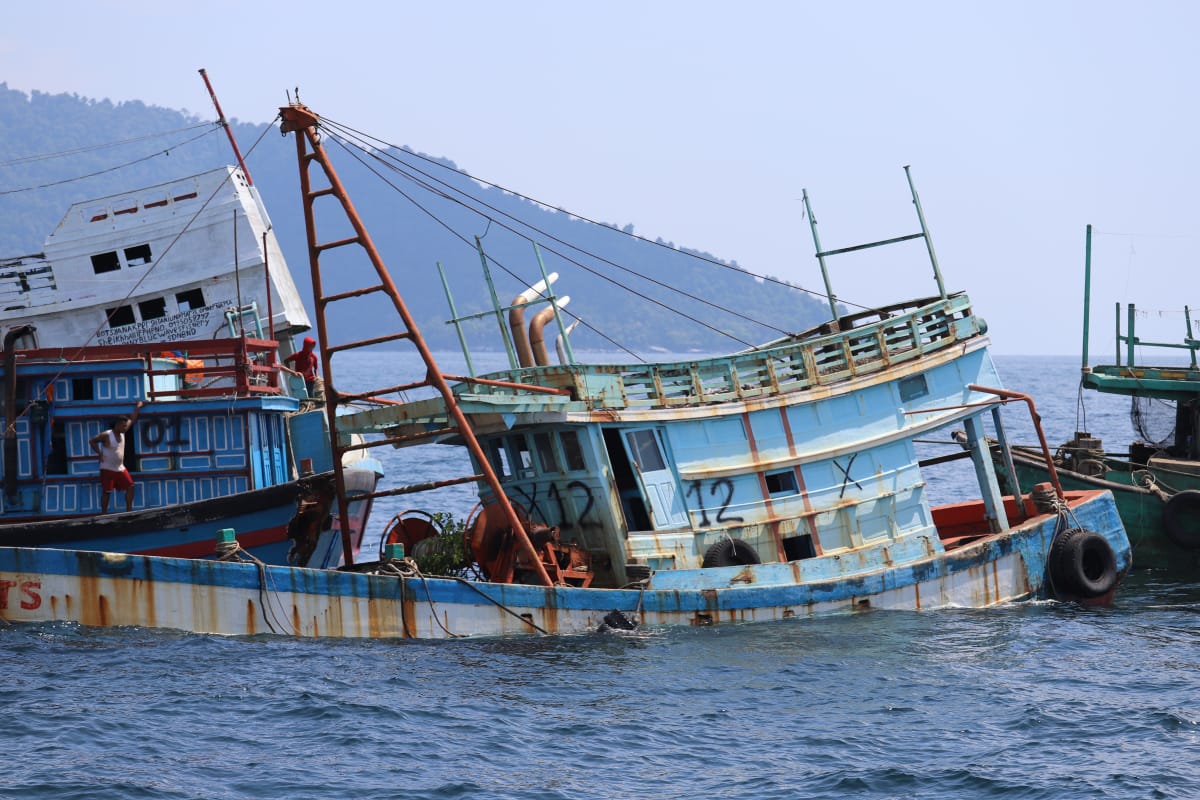 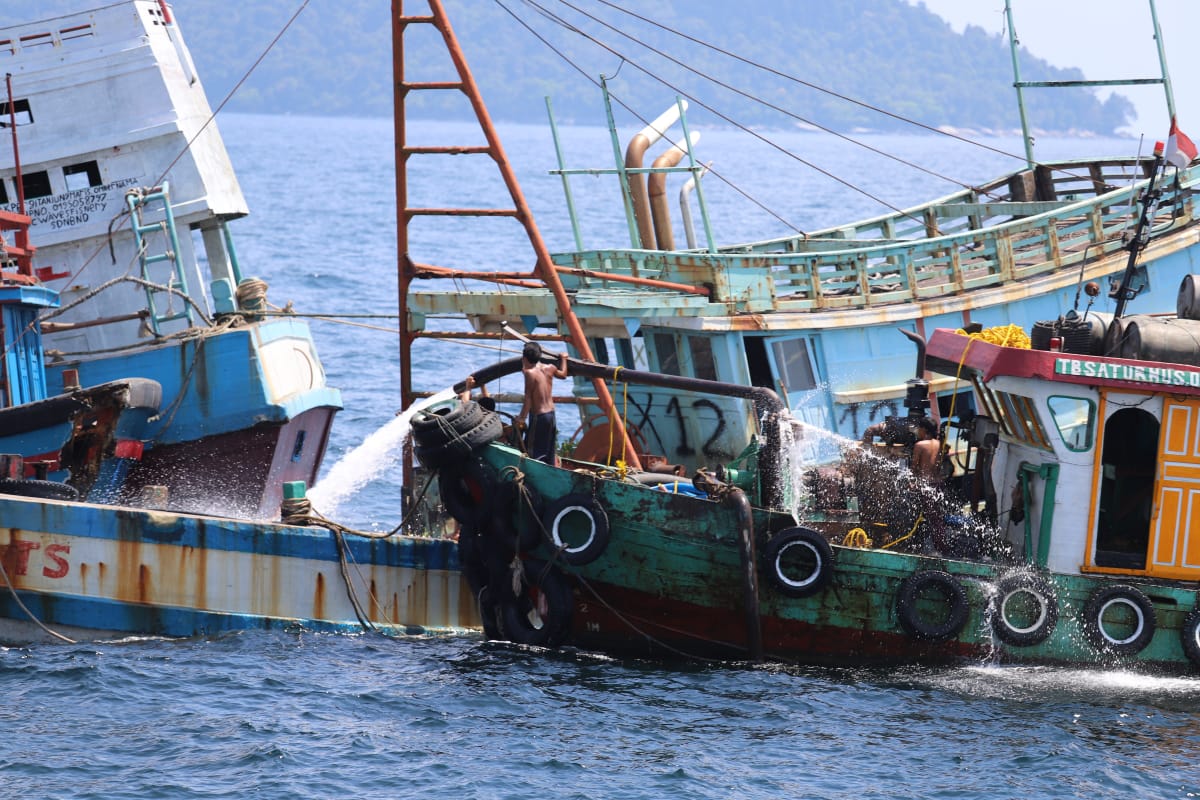 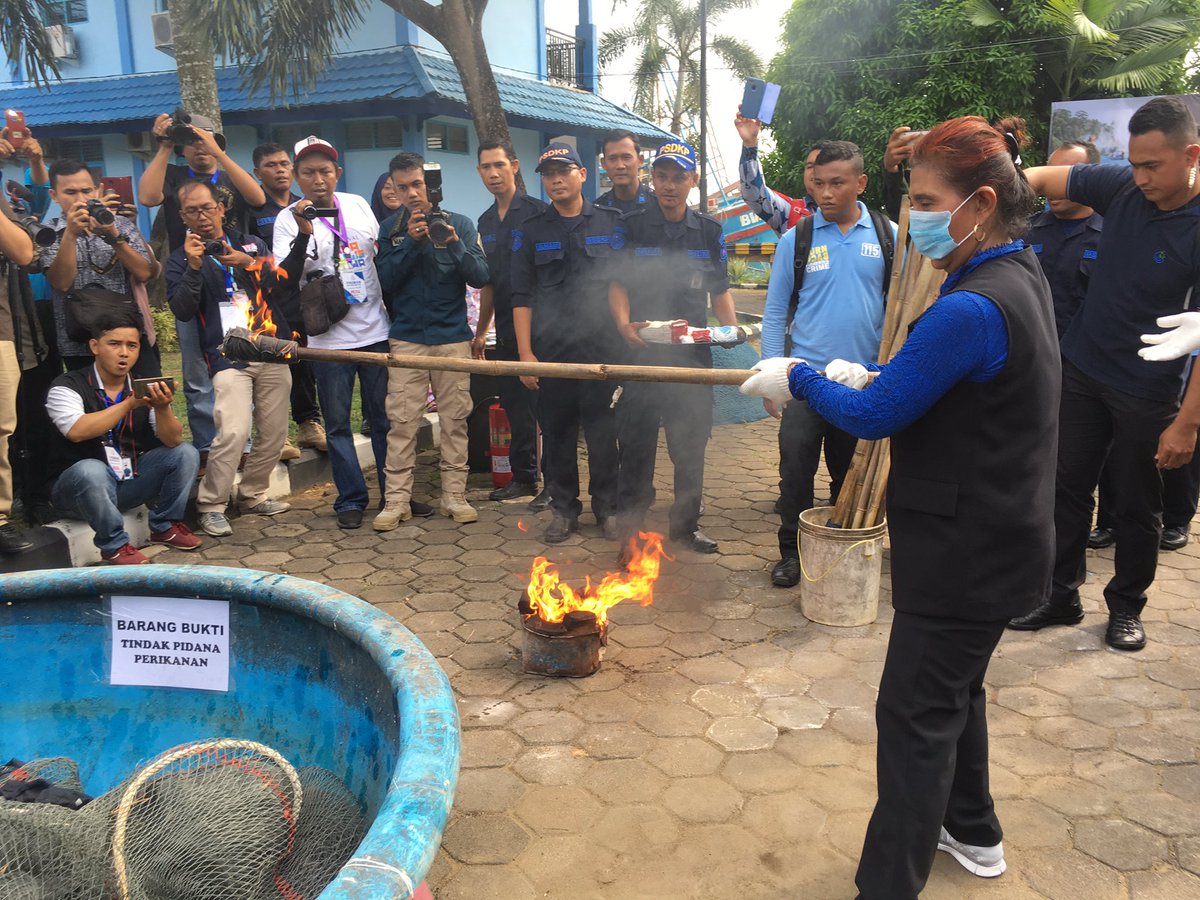 The practice of destroying or sinking IUU fishing vessels has its critics in Indonesia. In a statement, Pudjiastuti said that it has worthwhile benefits: through consistent application, it lets everyone know what will happen if they fish illegally in Indonesian waters. "Through sinking we provide legal certainty to everyone. Investment needs legal certainty in a country and we give legal certainty to lawbreakers. There is no legal discrimination. That's all I want," she said. "If the ship is auctioned, we sell it again and [it can] be used as a stealing tool again."

Pudjiastuti also pointed out that Indonesian fishermen have seen their landings increase since heavy enforcement began four years ago. The quarterly catch was about 5.4 million tons in 2015, and it rose to about 6.2 million tons by the end of 2018.