An Iranian and a Chinese oil tanker, detained by Indonesian authorities for nearly four months, were released and expelled from Indonesian water over the weekend. The vessels had been detained for conducting an illegal ship-to-ship oil transfer in a prohibited area and failing to properly identify themselves to authorities.

At the time of the detention on January 24, Indonesia’s coast guard, Bakamla, reported that the two vessels, the Iranian flagged MT Horse owned by the National Iranian Tanker Company, and the Chinese managed, Panama-flagged MT Freya, were operating dark. Their AIS signal was turned off, the vessels were not displaying national flags while at anchor, and the vessels failed to respond to radio calls from coast guard vessels. Chinese officials later acknowledged that their vessel was involved but did not respond to questions about what the vessel was doing. Iranian authorities admitted the ships were in Indonesian waters but said it was a legal transfer between its tanker and the Chinese buyers.

The Batam District Court found the vessels and their captains guilty on May 25 of not complying with international shipping regulations and the rules of the shipping channel where the vessels were discovered. Both captains were sentenced to a year in jail. The court suspended the jail time on the condition that the vessels left Indonesian waters and that they did not carry out the same violations in the next two years.

In addition, the court also found them guilty of spilling oil into the sea. The MT Freya was fined approximately $140,000 for the pollution offense. 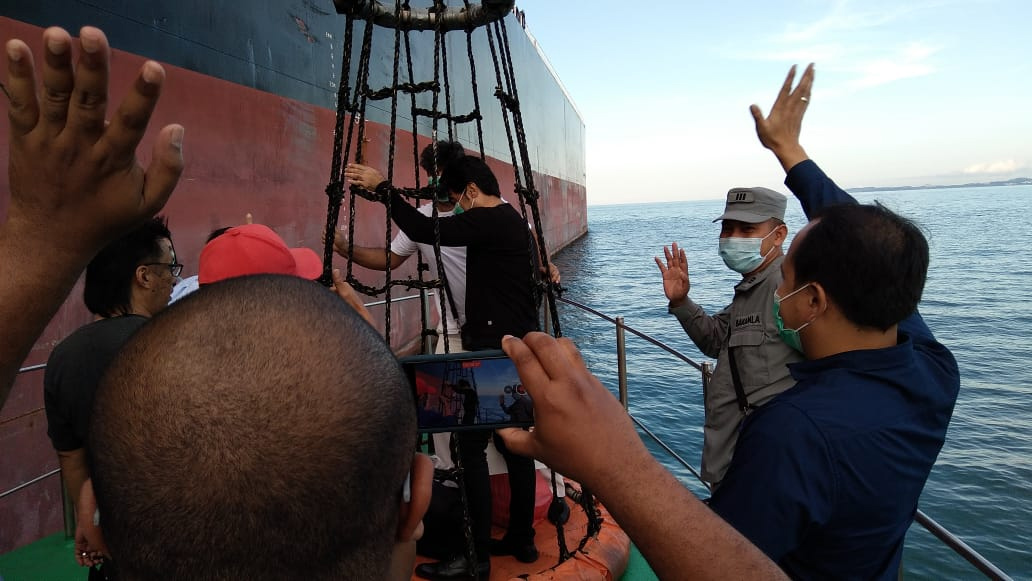 The Batam City Immigration Office issued a warrant for the deportation of the captains and their vessels, which was carried out by Bakamla on May 28. The coast guard transported the captains back to their respective vessels and escorted the vessels out of Indonesian waters.

Iran’s Shana Petro Energy Information Network acknowledged the release of the Iranian tanker saying it had been held over "a technical issue,” and “it happens in the shipping field." They said the crew had suffered being away from their families for the four months and that the tanker would now complete its work.

AIS data currently shows the Horse sailing at slow speeds off the east coast of Malaysia. While the Freya appears to be bound for Singapore. The 300,000 dwt Iranian VLCC has been involved in previous sanction-evading activities. In 2020, the vessel was a part of an Iranian convoy transporting Iranian condensate to Venezuela.

Last year, United States authorities highlighted tactics such as those being employed by the Iranian ship and warned of stiff penalties for anyone who assisted Iran in avoiding sanctions.