The Indian Coast Guard and Navy are responding to the aftermath of Cyclone Fani, which made landfall in Odisha at 0800-1000 hours on Friday. The storm arrived with winds of 175-185 kph and gusts to 205 kph, quickly weakening as it moved over land. It is expected to weaken further to a cyclonic storm as it moves over West Bengal and passes into Bangladesh.

The Indian Navy has launched a Dornier aircrew to assess damage due to the storm, and has dispatched warships bearing relief supplies for the affected areas. The Indian Coast Guard has four cutters off Odisha and neighboring states, which have been staged for search and rescue work and for relief efforts. 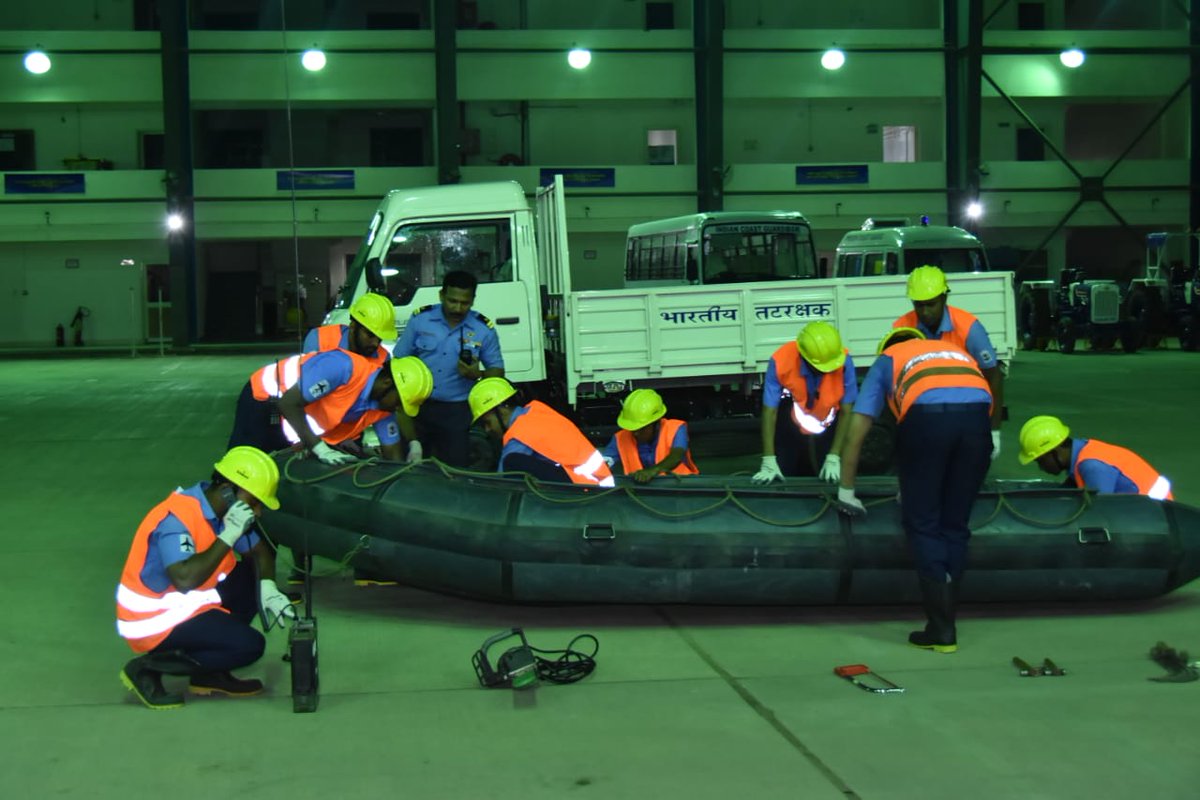 The task of warning fishermen of the storm's hazards continued even as Fani made landfall. Indian Coast Guard shoreside operating stations in Tamil Nadu, Andhra Pradesh, Odisha and West Bengal made outreach efforts to fishing communities to alert them to the storm's arrival. In addition, the service's vessels and patrol aircraft have been warning fishing boats at sea over VHF. The Indian Coast Guard emphasized that its outreach and warning program included content in local vernacular languages.

The Indian government came in for criticism about its heavy weather warning system in 2017 after hundreds of fishermen went missing in Cyclone Ockhi, a Category 3 tropical cyclone. Some of the survivors accused the government of making inadequate efforts to warn the fishing community about the storm's approach.

?@IndiaCoastGuard? ship Shaunak off Odisha coast while it proceeds for undertaking ?rescue work during #Fani pic.twitter.com/TNxRp9h5LZ

A crane in Z1 falling on a near by building in Bhubaneswar.#CycloneFani pic.twitter.com/FeaRYJnEmH