Images of World’s Largest Iceberg Drifting in the Southern Ocean

Britain’s Royal Air Force released dramatic images of what is believed to be the world’s largest iceberg as it drifts from the Antarctic shelf towards South Georgia island. Using enhanced technologies fitted aboard an RAF Airbus 400M, the crew, which is part of the British Forces South Atlantic Islands (BFSAI) force, captured detailed images of berg for scientists to study and predict the impact of this and other icebergs.

Known as A68a, the berg broke away from the Antarctica ice shelf in July 2017. At the time, scientists estimated its size at nearly 6,000 sq km (approximately 2,300 sq. miles). They said it could weigh more than one trillion tons. 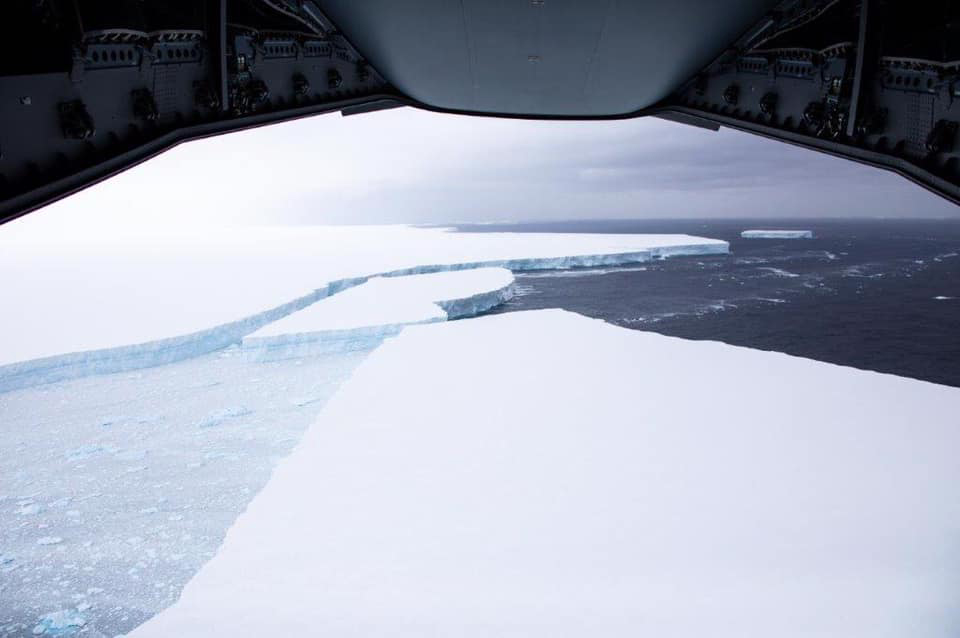 A68a as seen from the window of the aircraft - BFSAI photo

Over the past three years, they have been closely tracking its progress as it slowly drifts towards the British islands. While the berg has decreased by a third to approximately 4,200 sq km (1,600 sq miles) it remains the largest known piece to have broken from the ice shelf and is, of course, a menace to shipping. In addition to the island forced from the berg, shipping in the region faces danger as it breaks apart into what is known as tabular icebergs and debris that could pose a threat to patrol vessels.

The BBC reports that experts were surprised that A68a has not broken apart into a series of large pieces. They had expected it would have lost more of its mass before now. The sides of the berg reach as much as 100 feet in height above the water. The imagery of the vertical sides however uncovered tunnels under the iceberg, as well as deep fissures extending downwards that could be an indication of instability.

Releasing its images, BFSAI said that the sheer size of A68a meant it was impossible to capture its entirety in one single shot from the A400M aircraft. Instead, they were able to observe with unprecedented detail cracks and fissures within the main body of the iceberg. The A400M crew members and an officer from the Government of South Georgia and South Sandwich Islands (GSGSSI) were also able to visually identify ice debris in the surrounding waters.

“Guided by the satellite tracking, the A400M can get under the weather and closer to the iceberg, enabling more detailed observations,” explained Squadron Leader Michael Wilkinson, Officer Commanding 1312 Flt. “I know I speak on behalf of all of the crew involved when I say this is certainly a unique and unforgettable task to be involved in.’’ 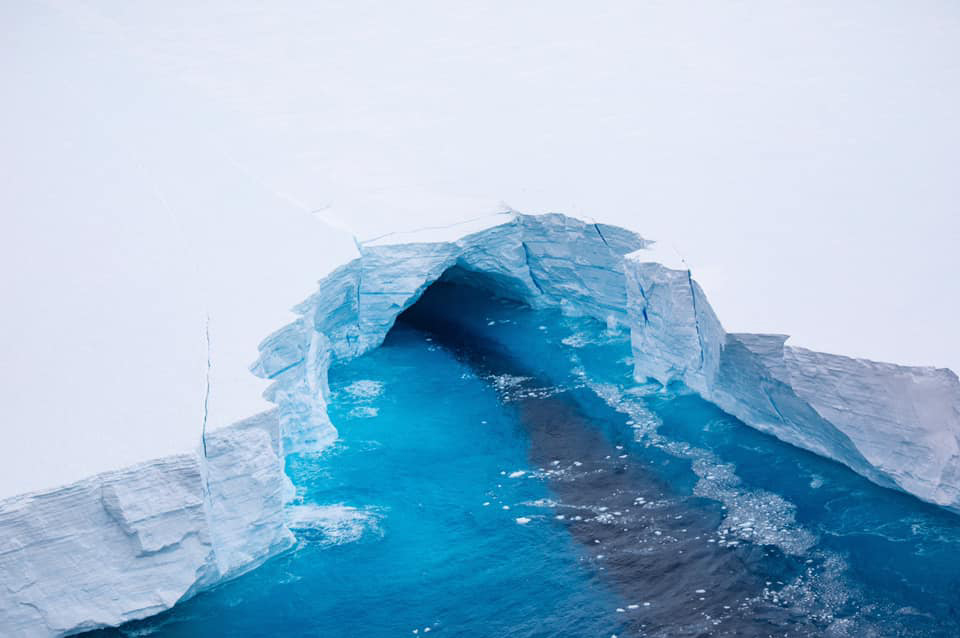 Tunnel opening up in the massive berg - BFSAI photo

The A400M was able to capture the outline of the iceberg in detail. The reconnaissance provided close up imagery of the iceberg and surrounding waters for observers and scientists to enjoy and study. The data collected by the A400M reconnaissance has been shared with both GSGSSI and the British Antarctic Survey (BAS) who are following the progress of the A68a. The imagery stills, video footage, and visual observations will all assist in predicting the iceberg’s future behavior and ascertaining the scale of the threat to the local area.

Typically, the iceberg would have attracted the attention of the numerous cruise ships in the Southern Ocean during the summer, BFSAI said. However, with the global pandemic on-going, cruise ship traffic is negligible this year, meaning that the reconnaissance flight provided the only details on the berg and its current course.

The latest observations confirmed that A68a remains on a course towards the island of South Georgia. It is expected to pass by the southern end of the island, however, there is a danger that it could ground on the continental shelf in which case it would pose a threat to the natural habitat of the local wildlife. 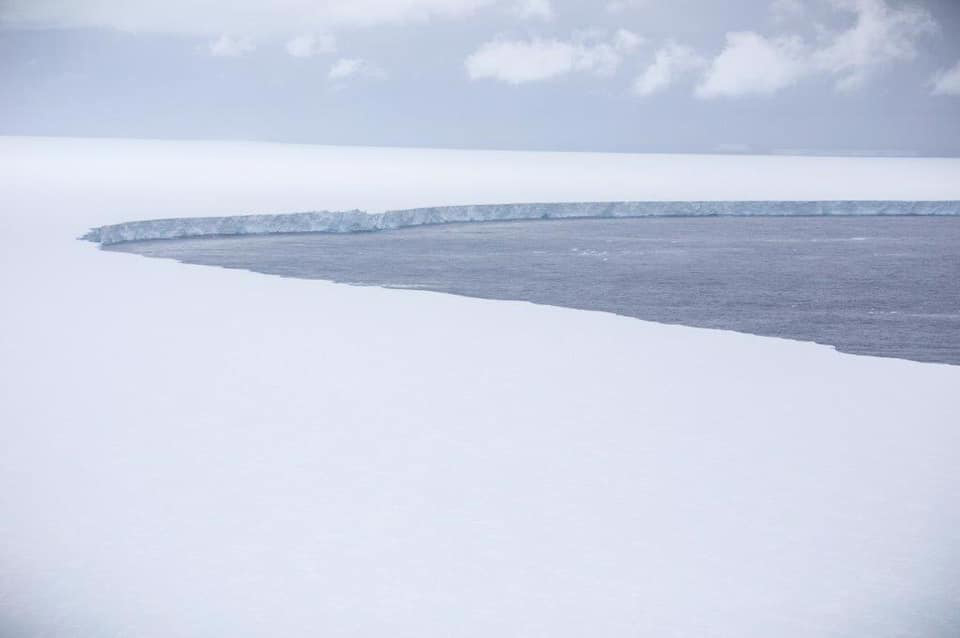 The berg is estimated to measure over 1,600 sq km - BFSAI photo