ICJ: Britain Must Give Diego Garcia Back to Mauritius

In a 13-to-1 decision, the International Court of Justice has ruled that the UK should give the Chagos Islands back to Mauritius, the archipelagic nation that once owned them. The ruling covers Diego Garcia, the strategic American naval base on a British-controlled atoll.

“[The UK's] continued administration constitutes a wrongful act,” ICJ president Abdulqawi Ahmed Yusuf wrote for the majority. “The UK has an obligation to bring to an end its administration of the Chagos archipelago as rapidly as possible and . . . all member states must co-operate with the United Nations to complete the decolonization of Mauritius.”

Britain captured Mauritius from the French in 1810 and ruled it until independence in 1968. Prior to the advent of Mauritian self-rule, Britain separated the Chagos Islands and designated the archipelago an overseas territory. The UK claims that the islands are its own sovereign territory, but allows that they will become part of Mauritius' sovereign territory later (once they are no longer needed for defense purposes).

According to the Permanent Court of Arbitration in the Hague, the British decided to keep the Chagos Archipelago in order to accommodate America's interest in Diego Garcia. The island is an ideal location for a naval station, far from population centers but within reach of multiple theaters in the Middle East, East Africa, Central Asia and the Indian Ocean. Beginning in 1968, the UK and US removed an estimated 1,000-1,500 inhabitants from the island and built a secure military facility, which has served a critical defense function for fifty years. Like the largest Chinese-occupied islands in the South China Sea, Diego Garcia features a military-grade runway suitable for heavy bombers, along with deepwater anchorages, piers, hangars and fuel depots. It is home to a large store of military equipment and munitions stowed aboard Military Sealift Command fleet auxiliaries, part of the Maritime Prepositioning Force program. 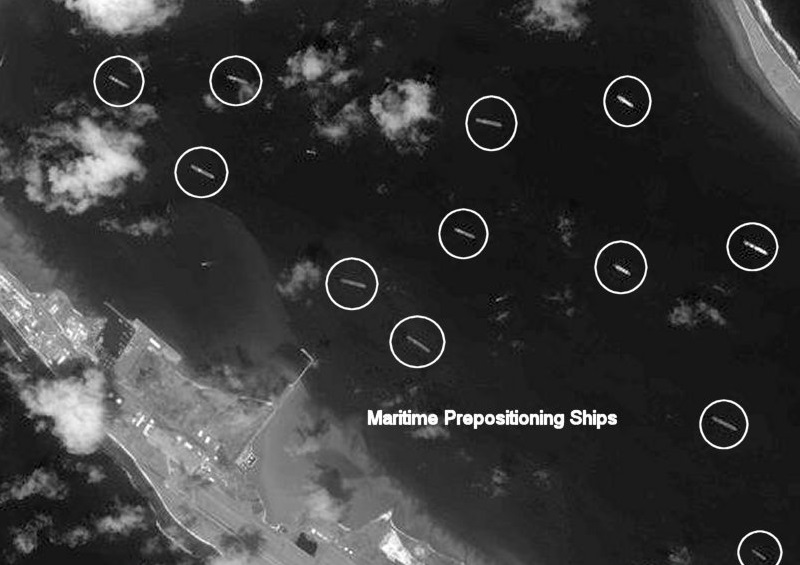 In 2017, the UN General Assembly voted to refer the matter of the Chagos' ownership to the International Court of Justice. ICJ has now ruled in Mauritius' favor, but its decision is advisory and non-binding, and the UK's Foreign Ministry said only that it would "look at the detail of it carefully."

The African Union expressed satisfaction at news of the ruling. “It is unthinkable that today, in the 21st century, there is a part of Africa that still remains subject to European colonial rule," AU counsel Namira Negm said in a statement. “The full decolonisation of Mauritius, and of Africa, is long overdue. The ICJ has made it clear that this must be accomplished today and not tomorrow. Only then the Africans can be free and the continent can aspire to live free of colonialism.”