Hurricane Dorian made landfall in on Elbow Cay in the Abaco Islands, north-west Bahamas, early on Sunday as a category five storm, reaching sustained winds of up to 180mph (285km/h). It is the "strongest hurricane in modern record for the northwest Bahamas," according to the National Hurricane Center.

There are reports of houses being destroyed, power lines down and flooding. The town of Marsh Harbour on Great Abaco island has suffered catastrophic damage, according to an ABC News team there, with boats on rooftops and uprooted trees.

Cameras outside the station captured views of #HurricaneDorian at 12:16 p.m. ET on Sept. 1 as it churned over the northern Bahamas. The storm is a dangerous Category 5 hurricane, carrying the strongest winds in recorded history for the northwestern Bahamas. #Hurricane #Dorian pic.twitter.com/ug0sdD5JOj

Many homes are still damaged from Hurricane Matthew, which hit the island three years ago.

Bahamas Prime Minister Hubert Minnis had earlier announced an evacuation order for parts of Grand Bahama island and the Abaco Islands. “I want you to remember: homes, houses, structures can be replaced. Lives cannot be replaced,” he said, indicating that 73,000 people and 21,000 homes were in danger.

Dangerous conditions are expected along the Florida coast for the next three days, and Georgia, South Carolina and North Carolina can expect dangerous storm surge and strong winds later in the week.

A state of emergency has been declared in four US states: Florida, Georgia, South Carolina and North Carolina. Effective 6 p.m. Sunday, the Coast Guard Captain of the Port set port condition Zulu for the Port of Fort Pierce, Port of Miami, Port Everglades and Port of Palm Beach due to the possibility of sustained gale force winds greater than 39 mph from Hurricane Dorian that may arrive within 24 hours. While port condition Zulu is in place no vessels may enter or transit within these ports without permission of the Captain of the Port.

The Coast Guard Captain of the Port set port condition Whiskey for the Ports of Wilmington and Morehead City. Ports are currently open to all commercial traffic, and all transfer operations may continue while Whiskey remains in effect. All ocean-going commercial vessels and barges greater than 500 gross tons are advised to make plans to depart North Carolina ports. Vessels desiring to remain in port are required to submit a mooring plan to the Captain of the Port for approval. 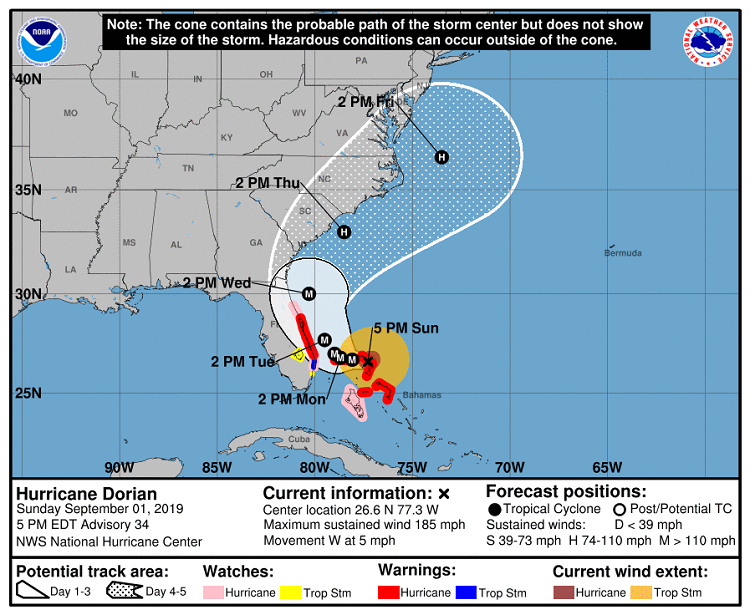 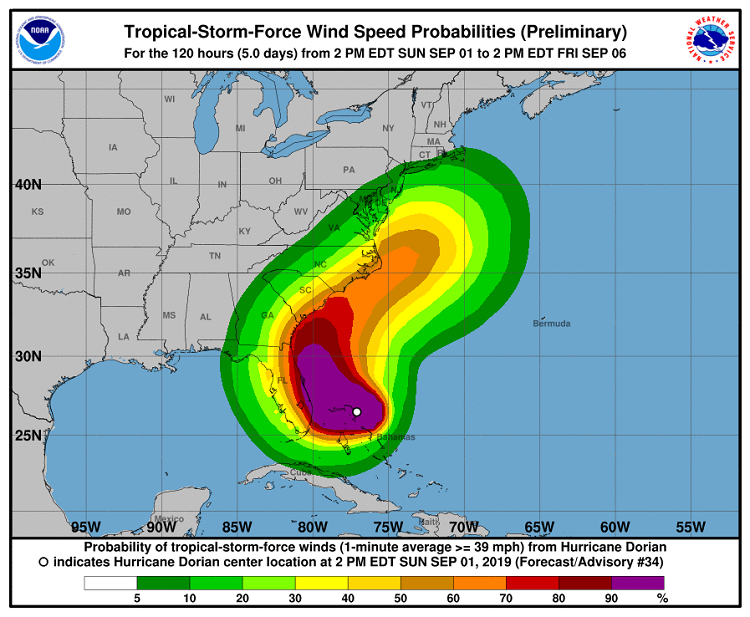 In a wave of executive orders signed within hours of assuming office, President Joe Biden redirected the orientation of American environmental policy with the stroke of a pen - and many of these changes will affect maritime interests. The U.S. is returning to the Paris Climate Accord, with potential implications for offshore energy development. The Keystone XL pipeline has been canceled again, reducing Canadian oil producers' access to Gulf Coast ports. And offshore drilling in the Bering Sea and portions of the...