110 years after a Dutch sailing vessel first took to the seas, she is set to return to her origins becoming the first modern commercial sail cargo ship operating in the North Sea. The Dutch start-up EcoClipper, which plans to provide a sustainable cargo service on sailing ships, announced it has acquired the historic Dutch vessel De Tukker.

Built in 1912 as the Harle Tiefand, she worked for many years as a coastal trader. The two-masted vessel, which measures 131 feet in length in the 1980s became a Dutch sail training vessel. The sailing ship, however, went aground while attempting to enter Amble Harbour, in the United Kingdom in 2011. It was low tide and the vessel did not have enough clearance for the sandbank, but the Royal National Lifeboat Institution was able to help move her back to deeper water. The vessel, however, needed repairs and finally in December 2019 was sold to a German company, Spirit of the Oceans, that planned to convert her into a houseboat. 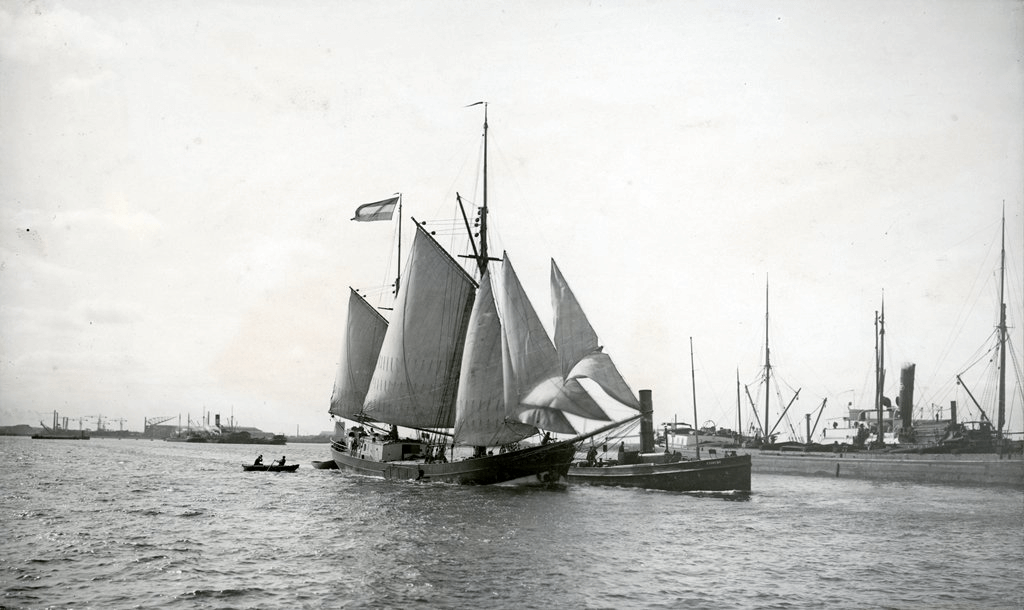 Jorne Langelaan, CEO and founder of EcoClipper Coöperatie reports the De Tukker will be retrofitted to bring her back to commercial standard. Work on the hull needs to be carried out, a new deckhouse will be constructed and upgrading of the systems and rigging will take place before she enters commercial service. EcoClipper says the ship has a barge-shaped hull that will be able to carry about 80 cubic meters, or an equivalent of 50 to 70 tons, of cargo. It will also be outfitted with accommodation for up to 12 paying passengers.

“We have already been approached by a wide range of companies looking to ship their product in a sustainable manner,” says Langelaan. “With this purchase, EcoClipper will be in a good position to begin providing this service in an environmentally friendly way.”

While sailing vessels do operate on the North Sea, EcoClipper says that there are no vessels currently dedicated to a fixed liner service for sustainable shipping. According to the company’s website, the De Tukker, which has a top speed of 10 knots, tentatively will operate on a route between ports such as Amsterdam and Rotterdam in the Netherlands, London and Hull in the U.K., and Antwerp in Belgium.

EcoClipper has been seeking to develop its concept by building a fleet of sail cargo ships that it proposed to sail on four shipping lines with fixed schedules. The prototype design is for a vessel nearly 200 feet long powered entirely by just over 20 sails creating 976 m2 of sail area on three masts. According to the company, the vessel would be able to carry 500 tons of cargo along with a crew of 12, 36 trainees, and up to 12 passengers.