The U.S. Coast Guard announced the details of a formal hearing into the December 31, 2019 sinking of the fishing vessel Scandies Rose. The hearing, which will be live-streamed due to the pandemic, is the next step in the formal Maine Board of Investigation convened by the Coast Guard. The National Transportation Safety Board, which is concurrently conducting an independent investigation into the accident, will join the Coast Guard in this fact-finding phase before preparing and publishing its report on the loss of the vessel.

The Scandies Rose was a 130-foot crab fishing vessel built in 1978 and operating out of Dutch Harbor, Alaska. The vessel’s last known position on New Year’s Eve 2019 was approximately 170 miles southwest of Kodiak, in the Gulf of Alaska. The vessel was heading toward the Bearing Sea with a crew of eight when it was caught in a winter storm. The National Weather Service had forecast icing conditions for the region.

Two survivors told a harrowing tale of the vessel taking on a severe list and rushing to get into survival suits before being washed off the deck of the sinking boat. They eventually made their way to one of the life rafts and were later saved by the U.S. Coast Guard. At the time, the Coast Guard said the weather on scene was challenging, with winds in excess of 40 miles an hour, 15 to 20-foot seas, and visibility of about one mile. They deemed this “common conditions for the Gulf of Alaska in January.”

The Coast Guard launched an extensive search after receiving a relayed mayday from the Scandies Rose. The search included four MH-60 Jayhawk helicopter crews, two HC-130 Hercules airplane crews, and the Coast Guard Cutter Mellon. The search spanned over 1,400 square miles lasting over 20 hours, but four crew members and the captain, who also was part-owner of the vessel, were lost in the sinking. 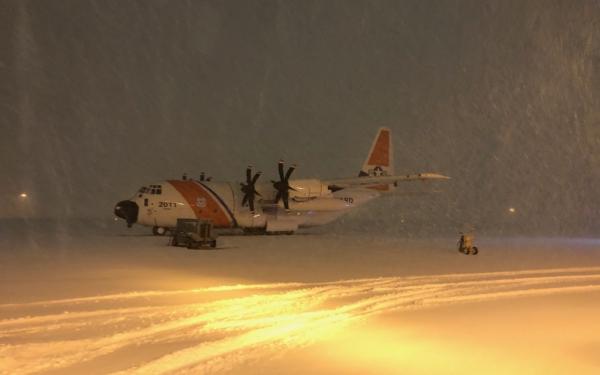 Citing the fact that the Scandies Rose was not the first casualty among the fishing community in the winter Alaskan waters, the Coast Guard announced in February 2020 that it would convene a Marine Board of Investigation, its highest level of investigation. The public hearings are scheduled to run from February 22 through March 5, with special precautions due to the pandemic coordinating the witnesses, family, and public participation. The Coast Guard has established an email address ([email protected]) for the public and interested parties to provide information, ask questions, and make comments related to the ongoing investigation and the scheduled hearing.

According to the announcement, the hearing will focus on the conditions influencing the vessel prior to and at the time of the casualty. This will include weather, icing, fisheries, the Scandies Rose’s material condition, owner and operator organizational structures and culture, the regulatory compliance record of the vessel, and testimony from the survivors and others. Several specialists and technical experts have been designated to assist the Board Chairman in the investigation.

In addition to the Coast Guard and NTSB investigations, a legal case had been filed in U.S. District Court in Tacoma, Washington. In November, the owners of the Scandies Rose reached a settlement, reportedly valued at more than $9 million, with the two survivors and the families of the four crew members lost in the sinking. The family of the lost captain received insurance monies and was not part of the suit.

The Coast Guard’s Maritime Commons blog will provide updates once the hearing convenes and the sessions will also be archived on the U.S. Coast Guard website.