Guadeloupe Ports Caraïbes was awarded the European Sea Ports Organization (ESPO) Award 2017 in recognition of its engagement with the wider community.

The theme of this year’s ESPO Award was “art and cultural involvement of the port.”

Guadeloupe is a region of France located in the Leeward Islands, part of the Lesser Antilles in the Caribbean. Guadeloupe Ports Caraïbes won for its project, Port’Art, which is intended to appeal to a grassroots audience and address day-to-day objects and topics. By giving residents the opportunity to visit historic buildings and turning port facilities into art and cultural venues, the port encourages people to come and get to know their port and gain a full sense of ownership of it in a different way.

Providing the general public with access to local port heritage

During the European Heritage Days in 2014, the harbor master’s office in Pointe-à-Pitre was opened to the general public. At the same time, the fence around the port was used for an urban exhibition of photographs. Furthermore, the port hosts the annual Pool Art Fair (an international contemporary art show) in the Cruise Hall in Pointe-à-Pitre.

Guadeloupe Ports Caraïbes provides artists with atypical exhibition venues and work spaces, for example a wall around Basse Terre passenger terminal on which a big fresco was created. Additionally, the port has a policy of buying local art and promoting local artists across its network. Guadeloupe Ports Caraïbes also supports exhibition projects of local artists, abroad as well as at home, and it supports the restoration of artworks.

Sponsoring initiatives with a maritime and heritage appeal

For example, Guadeloupe Ports Caraïbes is a sponsor of a traditional sailing boat race. The event is a symbol of the rich cultural heritage that developed around maritime activities, which should be preserved and made available to everyone, it says. 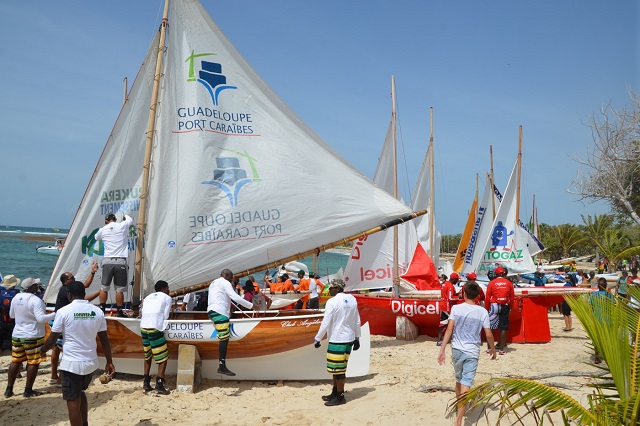 Supporting cultural initiatives that address the preservation of tropical biodiversity

The partnership between Guadeloupe Ports Caraïbes and France’s National Forestry Office is one of the key ways for the port to ensure that the knowledge needed to safeguard the local biodiversity, ensuring it is a heritage that is passed on to future generations. Furthermore, within the framework of the Cáyoli Junior Art Competition, awareness sessions were given in schools. Afterwards, the children created an artistic work related to the preservation of Guadeloupe’s nature. 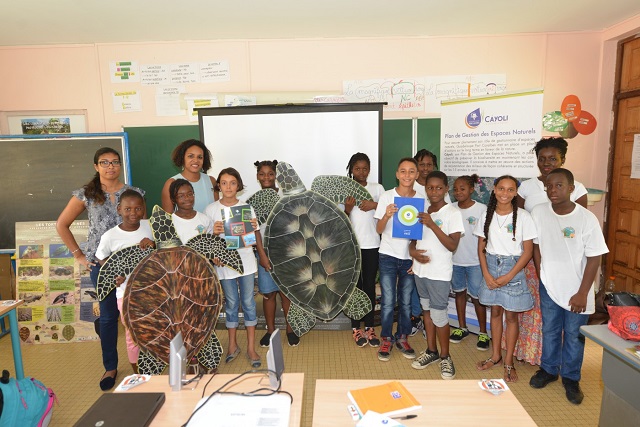 On the occasion of Guadeloupe Ports Caraïbes’ 40th anniversary, a film was produced about Guadeloupe’s maritime and port history, which was freely shown to the public. Thanks to the combination of archive images and insights from historians, citizens could (re)discover the importance of port activities in the development of Guadeloupe.

As 95 percent of the goods traded between Guadeloupe and the rest of the world pass through Guadeloupe Port Caraïbes, the port authority is a public institution that acts in the service of the islands. It plays a major strategic and regulatory role for the local economy. In line with this mission, the port's approach to art and culture is designed to serve people on and from the islands. “Our goal is to promote and develop this artistic and cultural heritage, which acts as a societal cement,” said the port's entry for the award.

“In particular, we are driven by a desire to support artistic and cultural creations generated by Guadeloupe’s maritime and port sectors so as to encourage their development. The sea has a wonderful capacity to transmit cultures and is an infinite source of inspiration for artists. Moreover, spreading port culture and tying it together with the archipelago’s history helps residents to regain a sense of ownership of the port and, more generally, of the sea.”

The ESPO Award 2017 saw 13 projects from ports from all over Europe compete for the prize. Guadeloupe Ports Caraïbes beat shortlisted projects from the ports of Antwerp, Brest, Oslo and Venice.