Greenpeace Activists Chain Themselves to Tanker to Stop Russian Oil

In possibly their most daring protest yet against Russian oil, activists from Greenpeace Norway along with Extinction Rebellion chained themselves to a tanker seeking to prevent it from docking at a Norwegian oil terminal. Previously, other Greenpeace groups have taken to small boats in Denmark and elsewhere primarily in the Baltic also attempting to block tankers transporting Russian oil and to call attention to their demands that Europe stop buying Russian petroleum products. As with the previous demonstrations, the police had to be called in to remove the protestors.

The Hong Kong-registered tanker Ust Luga, 109,985 dwt, arrived in the Oslofjord transporting a cargo from Russia’s Ust-Luga port where she had departed on April 14. According to Greenpeace, the tanker, which is operated by Russian oil company Novatek, was loaded with 95,000 tonnes of jet fuel to be delivered to Esso, the Norwegian subsidiary of ExxonMobil. The protestors highlighted that the oil company is headed by Russian oligarch Leonid Mikhelson, who has close ties to Vladimir Putin. 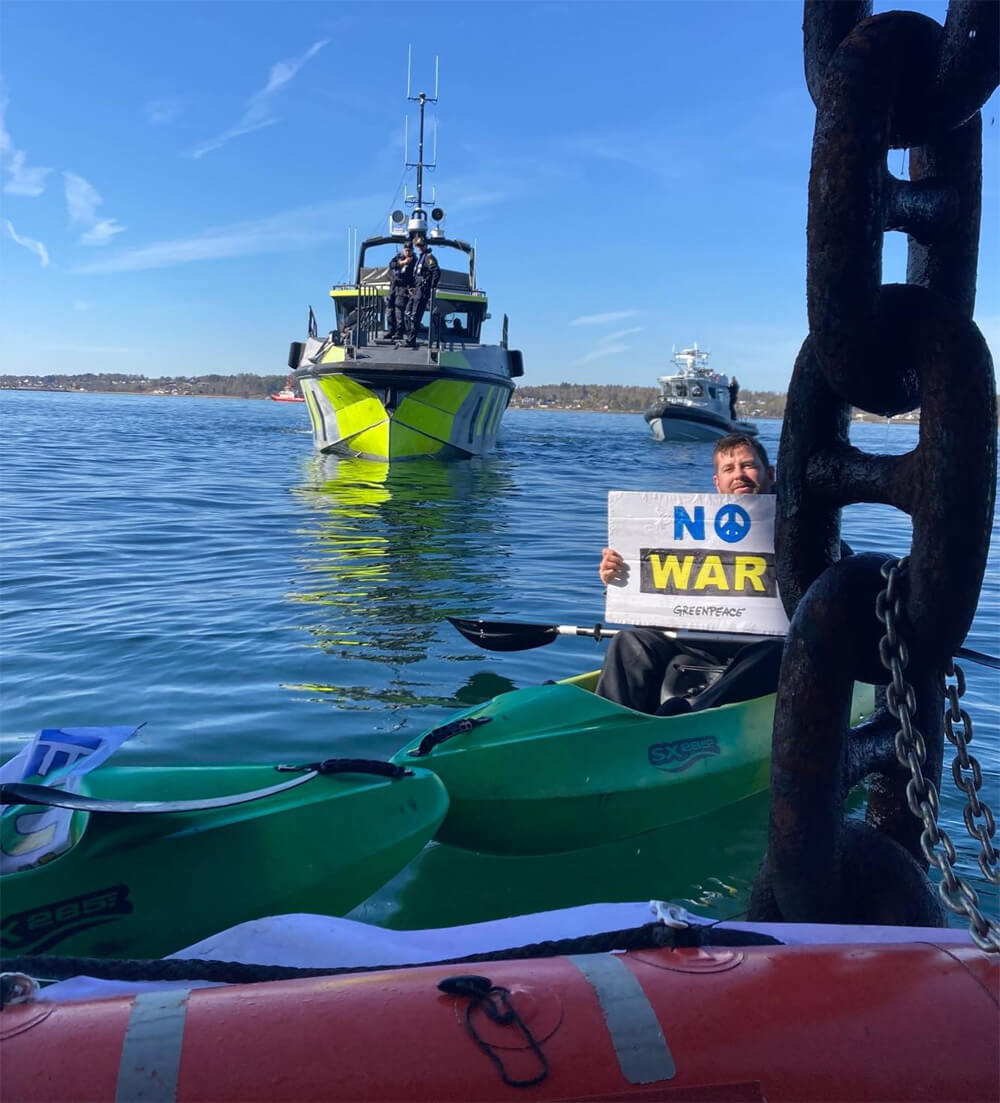 Early this morning, activists from the two groups attempted to paddle their small boats out to the tanker, which was anchored offshore and expected to move to Esso Norway's oil terminal outside Åsgårdstrand, Norway. Several of Greenpeace’s small boats defied the police and were able to get alongside the tanker where they chained their inflatable boat to the anchor chains of the tanker to prevent it from raising anchor and moving to the terminal. Other activists, in kayaks, were holding up signs reading "Oil fuels war."

The police prevented some of the Greenpeace activists from getting out in their boat to the Ust Luga. In addition, activists from Extinction Rebellion were also unsuccessful stopped by the police short of reaching the tanker. The Coast Guard also arrived on the scene to monitor the situation.

“I am shocked that Norway operates as a free port for Russian oil, which we know finances Putin's warfare,” said Frode Pleym, leader of Greenpeace Norway. “We have tried to get Esso and the government to take responsibility without success. Now we have no choice but to use civil disobedience to stop the oil tanker.”

Esso released a statement to the Norwegian newspaper Dagbladet emphasizing that the company fully complies with all Norwegian sanctions. They said that the oil had been purchased on a contract before the invasion of Ukraine and that the company does not plan to buy additional Russian oil but must complete its existing contracts.

The police permitted the demonstrators to make their point but later at the request of the companies came alongside the tanker. They reported that 20 protestors were arrested for blocking the tanker. The Ust Luga docked at the terminal later in the day where it was expected to offload its cargo.