The Australian government has confirmed that it is considering allowing a live sheep export. The confirmation comes after media reports that executives associated with Emanuel Exports, the company at the center of the nation's most recent live export cruelty debate, might apply to use the license of sister company EMS Rural Exports to export 60,000 sheep stranded in Perth, Western Australia. Emanuel Exports had its license suspended in June.

The Department of Agriculture and Water Resources says it will assess any application it receives on its merits. “Any export would have to be consistent with the additional conditions imposed on export licenses following the McCarthy Review, including reduced stocking density, an independent audit of Pen Air Turnover and a reduced notifiable mortality level. There would also be an independent observer on board who monitors the performance of the accredited veterinarian and exporter in managing the welfare of the animals and provides daily reports.”

Whistleblower footage released on a 60 Minutes program in April showed images on board an August 2017 voyage of the Awassi Express to the Middle East for Emanuel Exports when 2,400 sheep died of heat stress. Throughout the program, whistleblower footage from five separate voyages is aired depicting thousands of sheep suffering severe heat stress; sheep caked in melted feces and urine; injured and sick animals left to die slowly; decomposed bodies left in pens with living sheep and pregnant ewes giving birth and their lambs dying.

The RSPCA released a statement saying it is outraged at the prospect of the government allowing another export from Australia's winter to the Middle Eastern summer, citing the close relationship of the companies potentially behind the move:

“This makes a mockery of the Department’s recent action in suspending Emanuel’s export license,” says the RSPCA.

In a blog posting, Vets Against Live Export had this to say: "In 2003, Mr Graham Daws was Managing Director of live export company RETWA when its licence was suspended by DAFF due to four high mortality shipments. During this suspension Mr Daws was able to continue to export animals under an export licence held by Emanuel Exports Pty Ltd."

Temperatures in South Perth currently range from eight to 18 degrees, while live export destinations in the Persian Gulf are among the hottest places on earth and may be reaching 40-50 degrees when these sheep arrive. The Australian Veterinary Association says sheep on live export voyages during May to October will remain susceptible to heat stress and death because of these climatic conditions.

“To make matters worse, the vessel they would be exported on is the three-decades-old Al Shuwaikh, a double-tier vessel that’s due to be phased-out by the Australian Maritime Safety Authority by 2020 because of poor ventilation performance,” said the RSPCA.

The global live export fleet is the oldest saltwater fleet in operation. A recent report listed the following vessels involved in the Australian live export trade (with details added from MarineTraffic): 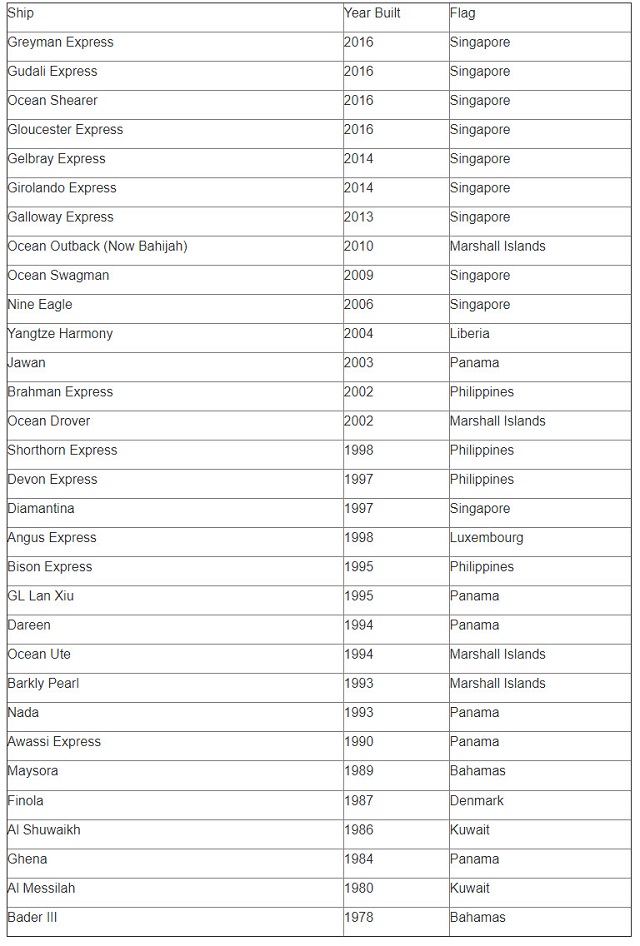 The RSPCA states that it cannot see how the Secretary of the Department of Agriculture can be satisfied that the travel arrangements will be adequate for the animals’ health and welfare in light of the available comprehensive scientific evidence, and it is now gravely concerned for the welfare of the sheep. “There is absolutely no need to export these sheep, as local processors have offered to buy them."

The RSPCA is calling on the Federal Turnbull Government to ensure the application is denied. In particular, it is calling on Agriculture Minister David Littleproud to act, saying he has wide-ranging legislative power to intervene by Ministerial Order under the Export Control Act 1982:

This power has been used by Agriculture Ministers in the past.