Gabonese fisheries enforcement officers uncovered systematic non-declaration of bycatch on board the El Salvador-flagged fishing vessel Montecelo during a routine boarding and inspection assisted by the Gabonese Navy and Sea Shepherd. Failure to declare bycatch is a violation of Gabonese law, since monitoring bycatch is a critical component in measuring the total environmental impact of a fishery.

In 1990 the “Dolphin Safe” label was created after public outcry over the number of dolphins killed in tuna fishing nets. Over 25 years later, non-target and often endangered species are still being killed as bycatch in tuna nets around the world.  In Gabon, where yellow fin tuna is fished in waters teeming with dolphins, turtles, rays and sharks, bycatch is a common occurrence.

In the case of the Montecelo, Gabonese fisheries officers observed a sea turtle, a large hammerhead shark, a blue shark and seven silky sharks hauled on board the purse seiner together with the target catch of tuna. When the Montecelo was boarded a second time two days later, records showed that two endangered hammerhead sharks from that day, as well as the six sharks from the day previous, were not documented as required.

On questioning, the captain of the Montecelo claimed that bycatch was not reported because he had been “too busy”, “didn’t know that it was required” and separate to that, that he was “not able to identify the species.”

As a result, infringement proceedings have begun against the Montecelo, with three possible repercussions: a fine, a suspension of their current fishing license, and/or the non-renewal of their fishing license for next year.

The Sea Shepherd vessel Bob Barker has been conducting patrols in the region since May as a part of the ongoing Operation Albacore, a campaign to tackle illegal, unregulated and unreported (IUU) fishing, under the direction of the Government of Gabon. Through monitoring and documentation, Sea Shepherd is assisting Gabonese authorities in their efforts to mitigate incidental mortality and serious injury caused as a result of bycatch. 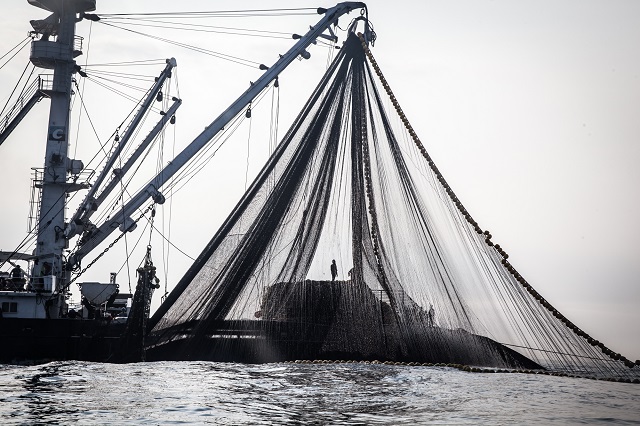 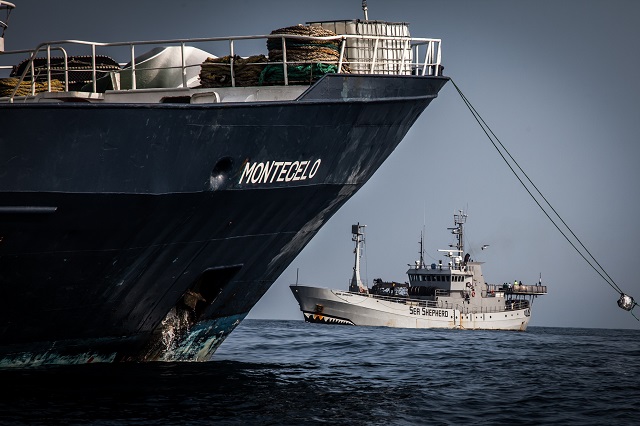 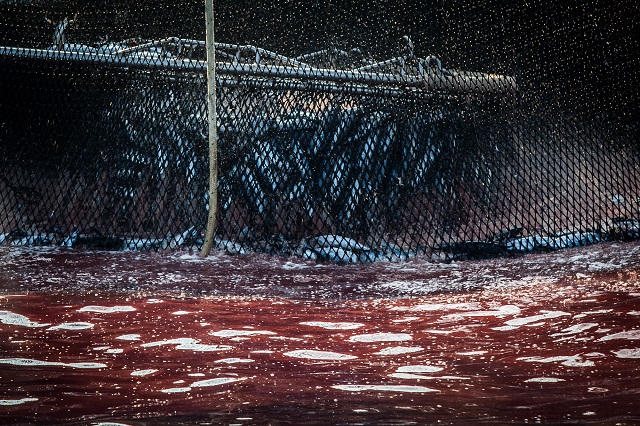