The United States Congress approved $390 million in funding for the fourth National Security Multi-Mission Vessel (NSMV), which will be assigned to the Texas A&M Maritime Academy in Galveston, Texas. A new class of ships being built in a partnership between private industry and U.S. Department of Transportation's Maritime Administration (MARAD), they represent a major advancement for the training of the U.S. merchant marine and will also be able to respond to humanitarian and natural disasters.

“Investment in the Gulf Coast’s only state maritime academy is essential to strengthening Texas’ maritime industry, which provides billions in economic support to the state and ensures rapid response capabilities in the most hurricane-prone region of the United States,” said John Sharp, Chancellor of The Texas A&M University System. “We are grateful to the Texas congressional delegation, state elected officials, former students, and industry leaders for their support in securing this resource.”

The NSMV series are the first ships designed and built to serve as a training platform for future U.S. merchant mariners. Historically the maritime academies have used retired vessels from the commercial industry, the U.S. Navy, or even from the Military Sealift Command (MSC) and its predecessor the Military Sea Transportation Service (MSTS) adapted to fulfill the training purpose.

The new ships are designed to replace the aging and outdated fleet of training vessels used by state maritime academies to provide required at-sea training. Each of the vessels will be 525 feet in length and outfitted with eight classrooms, a full training bridge, lab spaces, an auditorium, roll-on/roll-off ramps, a cargo crane, and berths for 600 cadets. In their alternate role of disaster relief, they have space available for hospital facilities and can accommodate up to 1,000 humanitarian workers. 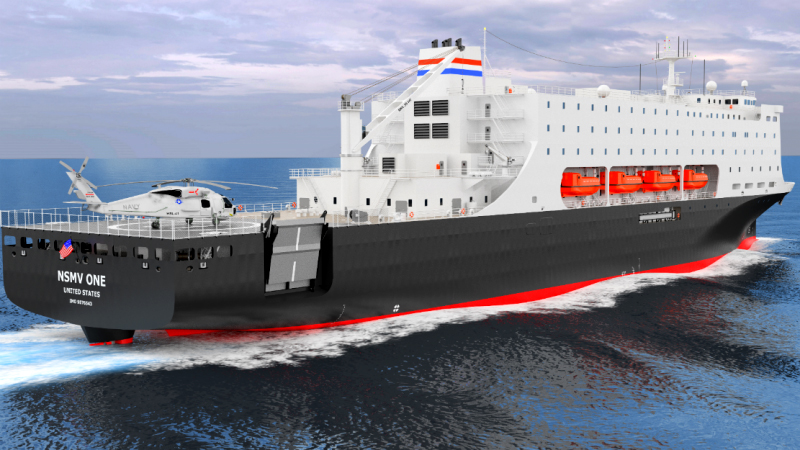 “Having the ability to live, learn, and train together as a single unit is essential to meeting our mission in educating and training the next generation of merchant mariners who go on to serve in both our armed forces and the maritime industry,” said Col. Michael E. Fossum, Vice President of Texas A&M University, Chief Operating Officer of the Galveston Campus and Superintendent of the Texas A&M Maritime Academy. “We’re excited to be able to do so in just a few years on a vessel that is the pinnacle of industry standard. We’re incredibly grateful to MARAD and the Department of Transportation for their stewardship of the NSMV program.”

Philly Shipyard recently cut the first steel for the first of the NSMV class under an exclusive contract that calls for five ships. The shipyard was selected for the NSMV contract which is being managed by TOTE Services on behalf of MARAD. South Korean marine engineering firm Daewoo Ship Engineering Company (DSEC) contributed to the design, and under the contract, the main engines, auxiliaries, HVAC system, and structural steel will all be sourced in the United States. 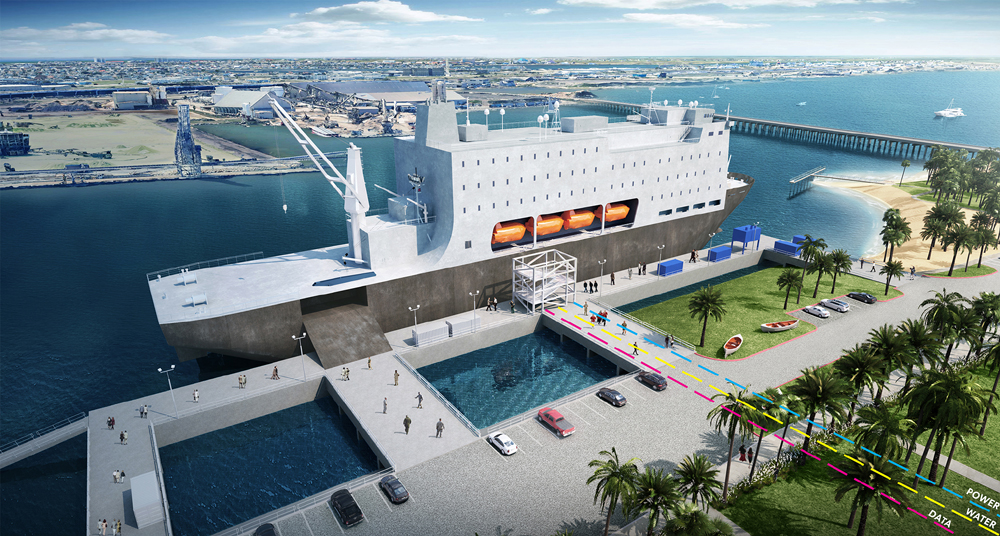 Texas expects the fourth ship of the will enter service at its campus in 2025. It will replace the academy’s current training vessel the USTS General Rudder that began its career in 1983 as the USNS Contender. An ocean surveillance ship for the U.S. Navy, it was designed to collect underwater acoustical data in support of Cold War anti-submarine warfare.

Based at the campus of Texas A&M-Galveston, the Texas A&M Maritime Academy is one of seven dedicated maritime academies in the U.S. and the only academy integrated into a Tier 1 academic institution. It trains over 400 cadets annually for maritime service.