Fukushima's Radioactive Wastewater May Be Released Into the Sea

The Japanese government may soon decide to release contaminated water from the damaged Fukushima Daiichi nuclear power plant site into the sea, according to multiple Japanese media outlets. Japan's minister of industry Hiroshi Kajiyama has denied that any final decision has yet been made, but he said Friday that the government will have to act on the matter soon.

"Decommissioning of the Fukushima Daiichi plant is a major premise for a restoration in Fukushima from the nuclear disaster," said Kajiyama at a press conference Friday. "To prevent any delays in the decommissioning process, we need to make a decision quickly."

Ever since a powerful earthquake and tsunami led to a meltdown at three reactor units at the Fukushima power plant, cleanup efforts have progressed slowly. Radioactive fuel debris remains at the bottom of all three water-flooded reactor units. and groundwater infiltration creates a constant supply of contaminated wastewater. In order to prevent the release of this contaminated water from the site into the surrounding environment, operator Tepco continually pumps it out, treats it and stores it. Tepco filters out about 60 toxic or radioactive contaminants prior to storage, but it has not been able to remove radioactive tritium (hydrogen-3).

Despite extensive efforts to reduce the rate at which the site produces wastewater, its accumulation has been a major challenge throughout the cleanup. At present, Tepco is processing about 170 tonnes of new wastewater per day, adding to a stockpile of about 1.2 million tons currently stored in 1,000 steel tanks. It expects to run out of room by mid-2022. 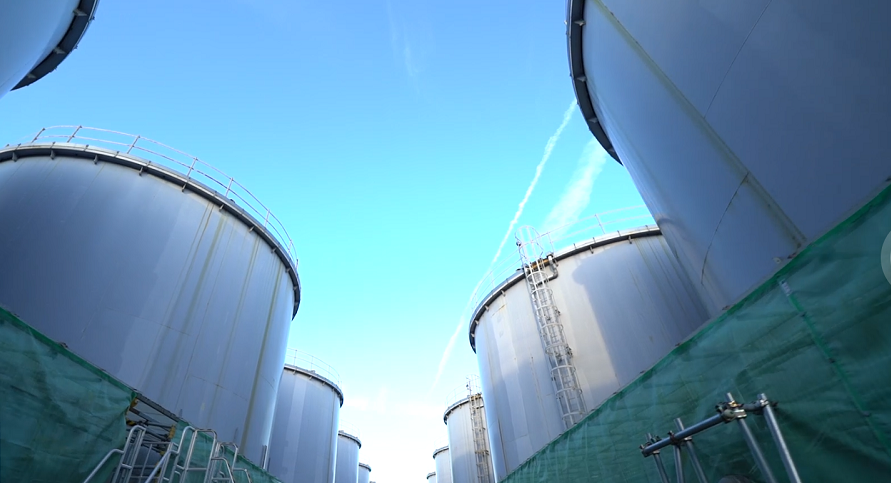 To prevent this problem, the Japanese government periodically proposes releasing the wastewater into the sea. In September 2019 and again in February 2020, Japanese officials cautioned that the space available for storing more water was running out and that a decision was needed. It is a long-lead-time process, and experts estimate that if regulatory requirements for dilution are maintained, it could take a decade or more to complete.

There is a serious economic and political concern underlying this plan. The release of radioactive material in the aftermath of the meltdown and the early years of the cleanup created an image problem for Fukushima's fisheries, and the Japanese fishing industry has staunchly opposed proposals to release wastewater from the site - whether it is safe or not.

"We vigorously oppose a release of contaminated water into the ocean as it will clearly cause reputational damage," said Toshihito Ono, a representative for Fukushima's fish wholesalers, speaking to CNN in February.

"We are terrified that if even one fish is found to have exceeded the safety standards after the treated water is released, people's trust in us will plummet," confided one local fisherman to Kyodo News this week.