Canadian shipping company Desgagnés has christened and launched the Mia Desgagnés, the world's first polar-class dual-fuel oil/chemical tanker. The vessel represents an investment of over $50 million, including nearly $9 million for the addition of dual-fuel/LNG equipment.

Last May, the company named the first dual-fuel asphalt-bitument-chemical tanker Damia  Desgagnés. Mia is a short form of Damia, and was chosen because originally the Mia was to be an asphalt-bitumen twin of the Damia Desgagnés, and means "drop of seawater" in Hebrew.

With a deadweight capacity of nearly 15,000 tons and tanks with a capacity exceeding 17,000 m³, the Mia Desgagnés is suitable for transporting refined petroleum products or chemicals. She was built at the Besiktas shipyard in Turkey using an original concept and specifications developed by Desgagnés to optimize safety, environmental performance and operational efficiency.

The ship has a double hull and Polar 7 certification. She’s equipped with a variable pitch propeller as well as bow and stern thrusters for high maneuverability. Her generators’ power output of over 3MW allows her, through her generator/motor integrated in the propulsion shaft, to reach a cruising speed of up to seven knots without using the main engine. This flexibility further improves safety.

The Mia Desgagnés has several sustainable development certifications, including CLEANSHIPSUPER and GREEN PASSPORT.

President and CEO, Louis-Marie Beaulieu, said the Desgagnés team had to meet a number of major challenges, including integrating the many innovations and new technologies on these vessels into its operations, developing a maritime LNG distribution network almost non-existent up to that point, training a new class of qualified and certified sailors and creating brand new training and certification programs. "It is thanks to the exceptional contribution and collaboration of various business partners, including Energir, the Montreal Port Authority and Transport Canada, that allowed us to meet the challenges of this innovative project," he said.

The construction and commissioning of vessels such as the Mia Desgagnés are made possible because of major business partners and long-term contracts, said Beaulieu, thanking Valero Energy as a key player. The Quebec government made a financial contribution of $700,000 towards the construction of Mia Desgagnés under its program to improve transportation efficiency and reduce greenhouse gas emissions (PETMAF). 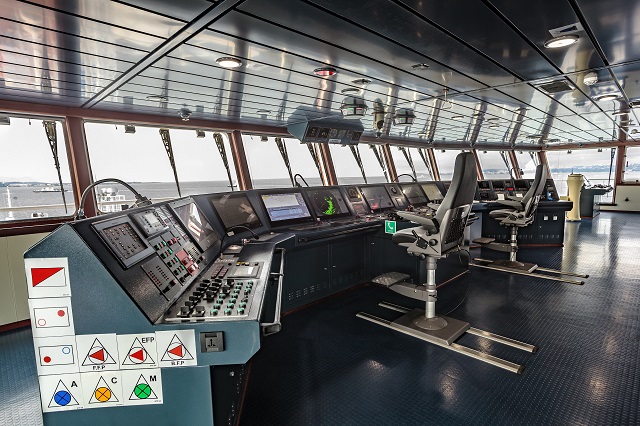 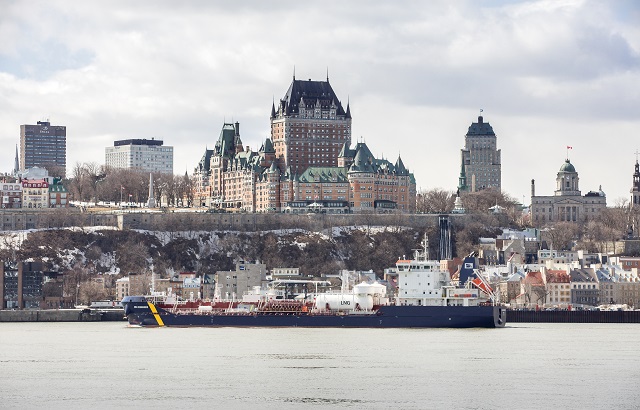