After seven days of firefighting and twice before declaring the fire contained, the fire aboard the VLCC New Diamond has reportedly subsided. The joint teams from India and Sri Lank said that while there may be some small pockets of fire below deck, they believe it is finally contained and largely extinguished.

There no longer were visible signs of fire or smoking aboard the tanker and a team from the salvage company was expected to go aboard to conduct a survey of the extent of damage.

At the same time, efforts began again to move the New Diamond further away from Sri Lanka into international waters. The tow was proceeding despite rough sea conditions and strong winds and at last report the vessel was approximately 38 nautical miles off the southeast coast of Sri Lanka.

However, the Sri Lanka Navy reported that when the tow began that they observed a second, longer oil slick. As with the oil spotted in the water yesterday, they continue believe it is coming from the ship’s diesel fuel tanks and is a small leak. Yesterday, the teams speculated that some of the ship’s fuel tanks or supply lines had ruptured in the engine room mixing with the water used to douse the fire. Chemical dispersant was again applied to the oil slick. 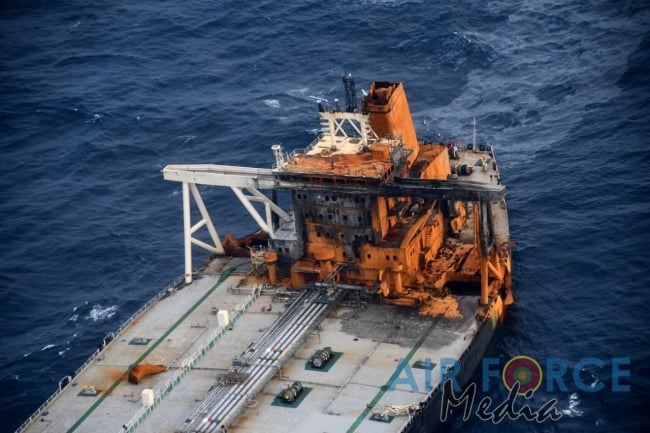 While they are hopefully that efforts at the tanker can begin to wind down, Sri Lanka’s Marine Environment Protection Authority is now reportedly planning to take legal action against the tanker’s owner or manager New Shipping Limited of Greece. Reuters is reporting that the Deputy General Manager of MEPA is exploring criminal and civil claims.

In total, more than a dozen vessels from India’s Navy and Coast Guard along with Sri Lanka’s Navy and Coast Guard battled the fire for the past week supported by aircraft. The Sri Lanka Airforce reported that it conducted 176 flying missions with over 100 hours of air time and dropped 440,000 liters of water on to the tanker. In addition, they dropped 4,500 kilograms of dry chemical powder supplied from a range of companies in India and Sri Lanka to smother the fire.

Pending the report of the salvage team, the firefighting vessels expect to remain in the vicinity of the tanker monitoring the situation. 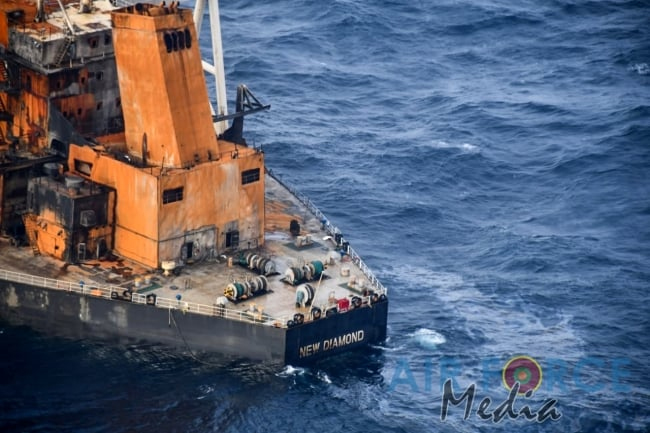