After a joint effort by Indian and Sri Lankan forces, the fire aboard the VLCC New Diamond was reported extinguished on Sunday afternoon, September 6. The fire had burned for nearly 79 hours at times raising fears of an environmental disaster as the crude oil tanker loaded with approximately two million barrels of oil drifted closer to the Sri Lanka coast.

According to reports from the Indian Coast Guard and Sri Lanka Navy, the fire was brought under control at around 3 p.m. local time today. The fire, which began on the morning of September 3 after reportedly an explosion in the engine room of the New Diamond, was initially thought to have been contained to the engine room, but spread to burn out the entire deckhouse including the bridge. The firefighting teams are continuing to standby because of the fear that the fire might reignite due to the high temperatures inside the vessel and moderate winds in the area.

The fire fighting effort had been complicated on September 5, by a combination of strong winds and high seas. As the teams struggled to bring the fire under control, additional vessels including the salvage tug TTT One was sent to the site along with a team of experts from SMIT Singapore, which was appointed by the vessel’s owners, New Shipping Limited of Greece, as the salvage team. A team of British and Dutch disaster, salvage, and legal experts also arrived in Sri Lanka to assist with the effort. 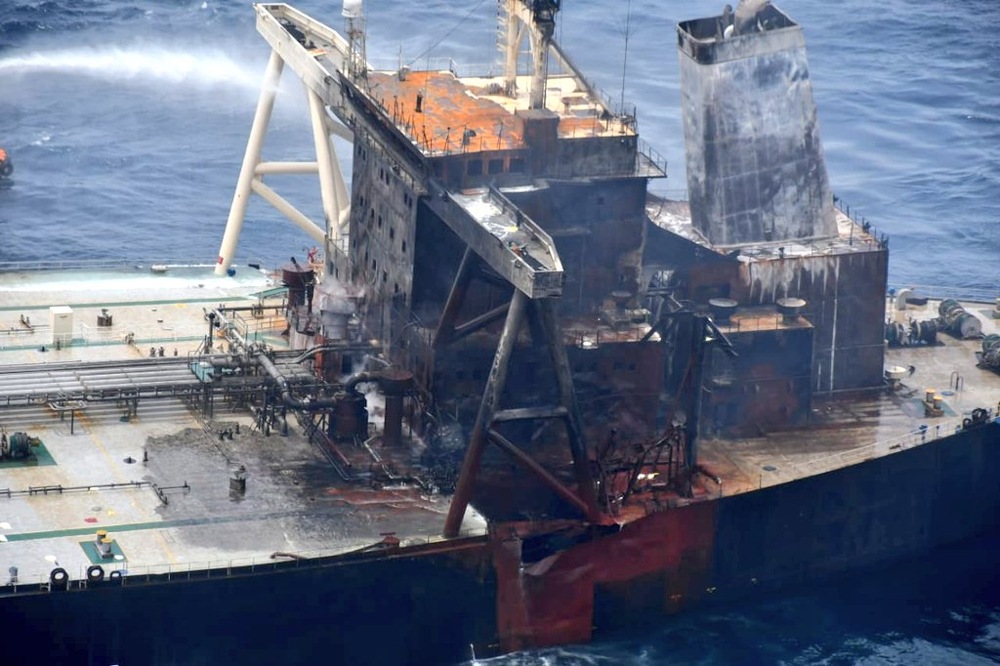 When the fire began on Wednesday, the tanker was reported to be 38 nautical miles off Sangamankana Point in Sri Lanka, but wind and sea conditions pushed the vessel over the next two days to within 20 nautical miles of the Sri Lanka coast. On Friday, with the fire reported contained, a salvage crew was able to get aboard and attach a tow line to the ALP Winger. They were then able to move the New Diamond back to point now about 40 nautical miles offshore.

Efforts will continue to cool the tanker. It is anticipated that the Indian Navy and members of the salvage teams will board the New Diamond. Using high-tech equipment, they plan to inspect the interior of the vessel. One of the concerns they will be looking at is a series of cracks the Indian Navy reportedly identified on the aft port side of the vessel. On Friday, they reported one crack approximately two meters long located about 10 meters above the waterline. The discovery of the crack had led MEPA to warn of the potential of explosions and oil spills from the fully loaded tanker.

After completing its inspection, the salvage team will make recommendations on how to proceed. 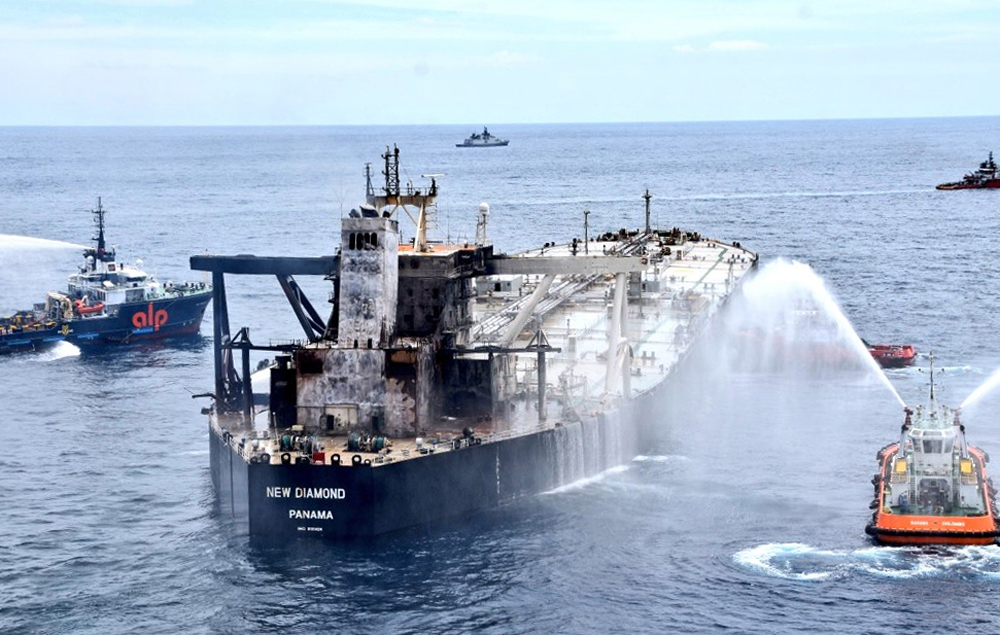 All photos courtesy of the Indian Navy