Spanish authorities announced that a fire that broke out aboard a livestock carrier anchored off the port of Tarragona was successfully extinguished. While the vessel was empty waiting to load a new cargo of Spanish cattle, the fire nonetheless renewed the protests over the transport of live animals with fresh calls to ban the business as inhumane.

The crew aboard a small livestock carrier, the Elbeik, reported to Spanish authorities that a fire had broken out in the accommodations area of the vessel on the afternoon of August 6. They had been unable to contain the fire and were requesting assistance from the Spanish authorities. The SAR organization Salvamento Marítimo working with the Port of Tarragona and local firefighters responded to the fire. Two tug boats were sent to the ship to assist in dousing the fire. The fire later spread to encompass the bridge of the vessel.

The Spanish authorities decided to initially abandon the ship taking the 18 crew members aboard the Elbeik to shore. Later in the day, as the fire crews gained the upper hand in the fire, they boarded the ship. While the fire had been greatly reduced, they reported that the firefighting system aboard was unable to completely extinguish the fire. So, the unusual decision was made to tow the vessel from the anchorage into the port.

The Elbeik was brought alongside in the port of Tarragona around 10:00 pm local time Friday night, seven hours after the first report of the fire. With the assistance of up to 20 units from the local fire brigades, they were able to report that the fire had been extinguished, but crews remained aboard the ship cooling hot spots. The fire was reported as completely extinguished on Saturday morning. 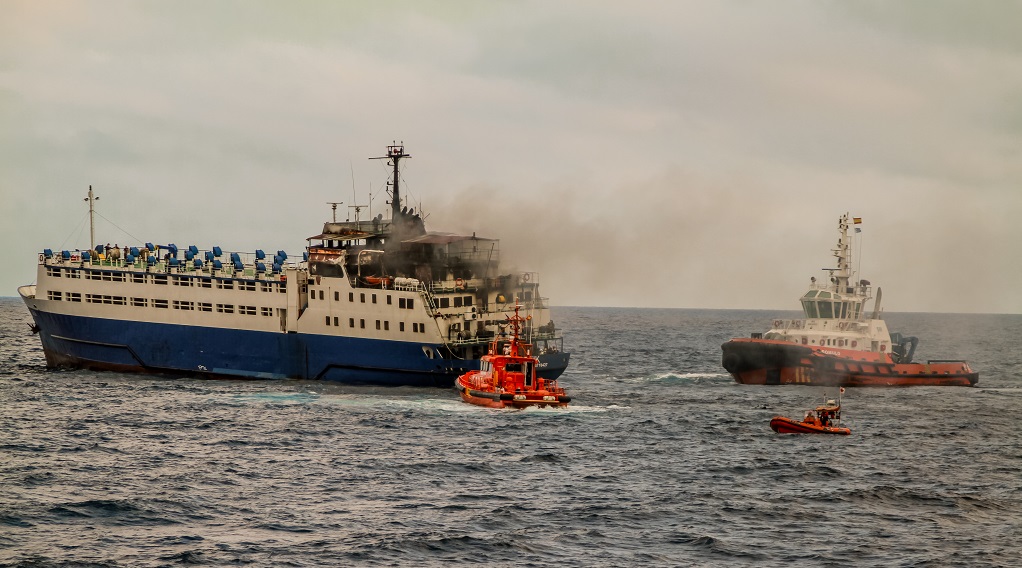 The 54-year-old vessel has been the center of multiple protests from animal activist groups over poor conditions aboard and improper treatment of the animals. Registered in the Republic of Togo, the vessel is 2,400 dwt and reportedly is managed by a company in Lebanon. It operates transporting Spanish cattle primarily to Turkey, Lebanon, and Algeria.

In December 2020, the vessel loaded more than 1,600 cattle to be transported to Turkey. However, the vessel along with a second livestock carrier was denied permission to offload their cargo in Turkey due to fears of an animal virus. The two vessels were caught in limbo, unable to offload their cargo or resell it to other buyers. In mid-March, the Elbeik returned to Cartagena, Spain, but a week later the Spanish agriculture ministry declared the animals unfit and said they could not be returned to Spain under EU rules. They ordered all the animals destroyed.

Spanish animal rights group Igualdad Animal highlighted the poor conditions aboard the Elbeik. They reported that 179 animals had died during the voyage and were thrown overboard by the crew. Spanish veterinarians confirmed reports that the animals were extremely skinny and dehydrated when they returned to Spain.

Hearing news of the fire aboard the Elbeik, the animal rights group immediately petitioned the Ministry of Agriculture, Fisheries and Food demanding that the vessel’s license to operate from Spain be withdrawn immediately. They also called for the vessel to be expelled permanently from Spain. 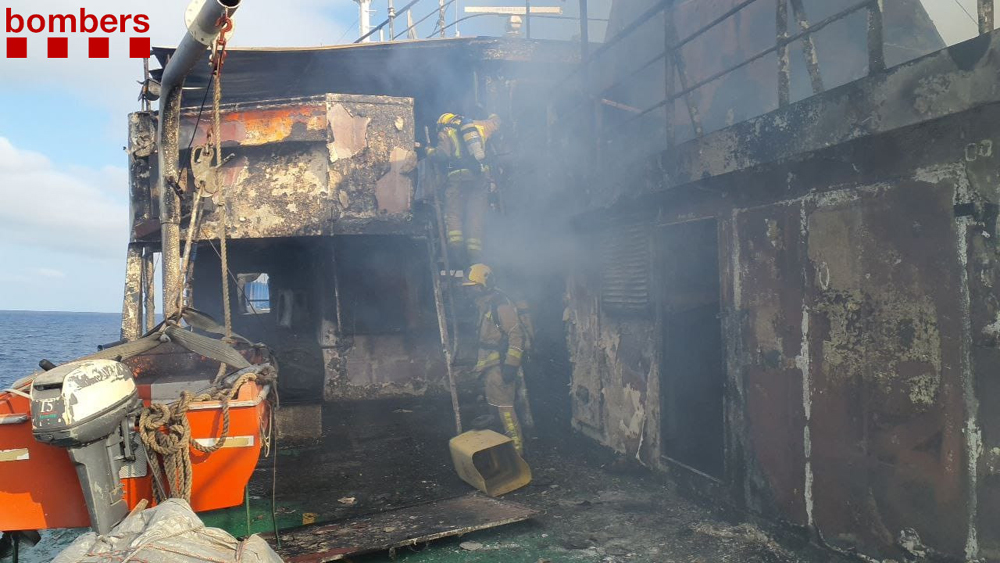 Fire crew inspecting the burnt out areas of the vessel (Bombers)