Finland officially took over chairmanship of the Arctic Council from the U.S. on Thursday during the 10th Arctic Council Ministerial Meeting in Fairbanks, Alaska.

Foreign ministers from the eight Arctic States and leaders from the six indigenous organizations particpated in the meeting that marked the end of the two-year U.S. Chairmanship.

Finland highlighted that the international community adopted a universal, legally binding climate agreement in Paris in 2015. Foreign Minister Timo Soini of Finland said “Climate change proceeds rapidly in the Arctic, and we need to continue the successful work of the Council.”

The goals of the 2030 Agenda for Sustainable Development, adopted by the United Nations in 2015, are global in scope and apply also in the Arctic, says Finland. Sustainable development is at the core of the Arctic Council mandate, and Finland proposes to explore how the Agenda 2030 framework can be used in Arctic cooperation.

During the meeting, foreign ministers of the eight Arctic States signed the third binding agreement negotiated under the auspices of the Council, the “Agreement on Enhancing International Arctic Scientific Cooperation.” The agreement will facilitate entry and exit of people, equipment and material to research infrastructure and research areas.

Ministers also signed the Fairbanks Declaration, which reviews the work of the Council during the outgoing U.S. Chairmanship and provides guidance for the Council’s work during the incoming Finnish Chairmanship.

In his remarks at the opening of the Ministerial meeting, U.S. Secretary of State Rex Tillerson said: “The Arctic Council, which recently celebrated its 20th anniversary, has proven to be an indispensable forum in which we can pursue cooperation.  I want to affirm that the United States will continue to be an active member in this council.  The opportunity to chair the Council has only strengthened our commitment to continuing its work in the future.”

The accomplishments of the Council during the U.S. Chairmanship (2015-2017) include projects like the Circumpolar Local Environmental Observer Network, Marine Protected Areas Network Toolbox: Area-based conservation measures and ecological connectivity, and a series of health-related projects aimed at improving the health and mental wellness of indigenous and Arctic communities.

What was not in the statement that WWF would have liked to see was work on a risk assessment for the Arctic marine environment that would have considered all the pressures it faces from increased shipping, fishing and oil and gas.

Janis Searles Jones, CEO of Ocean Conservancy, highlights an agreement to enhance scientific cooperation and move forward with reductions of black carbon pollution, a contributor to climate warming in the Arctic.

“The majority of Arctic states and Permanent Participants noted the critical importance of the 2015 Paris Agreement to the future of the Arctic. Ocean Conservancy urges President Trump and Secretary of State Rex Tillerson to join these Arctic States in honoring and implementing the landmark agreement to tackle global climate change,” says Jones.

The first meeting of Senior Arctic Officials during the Finnish Chairmanship will take place in late October 2017 in Oulu, Finland. 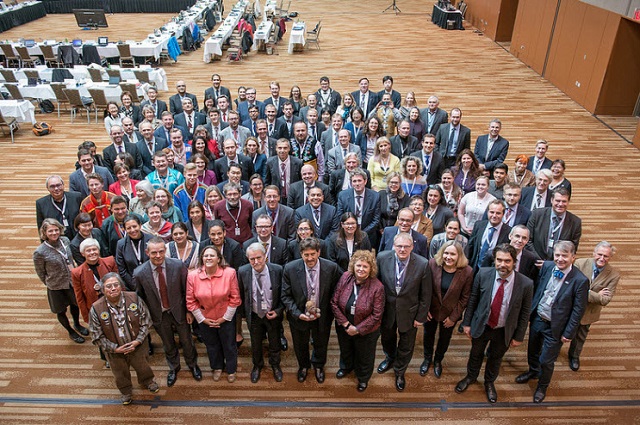 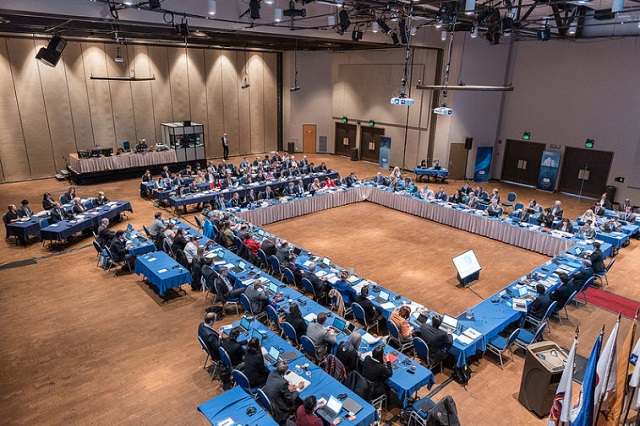 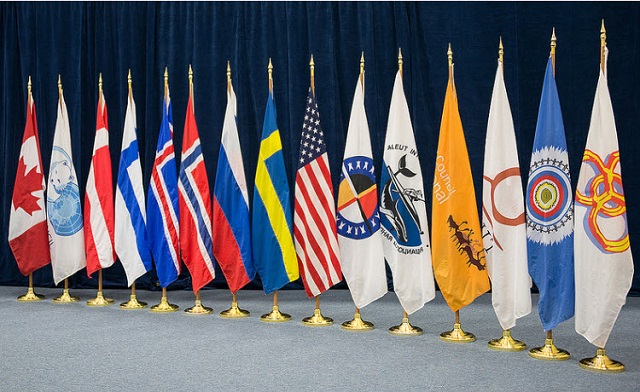